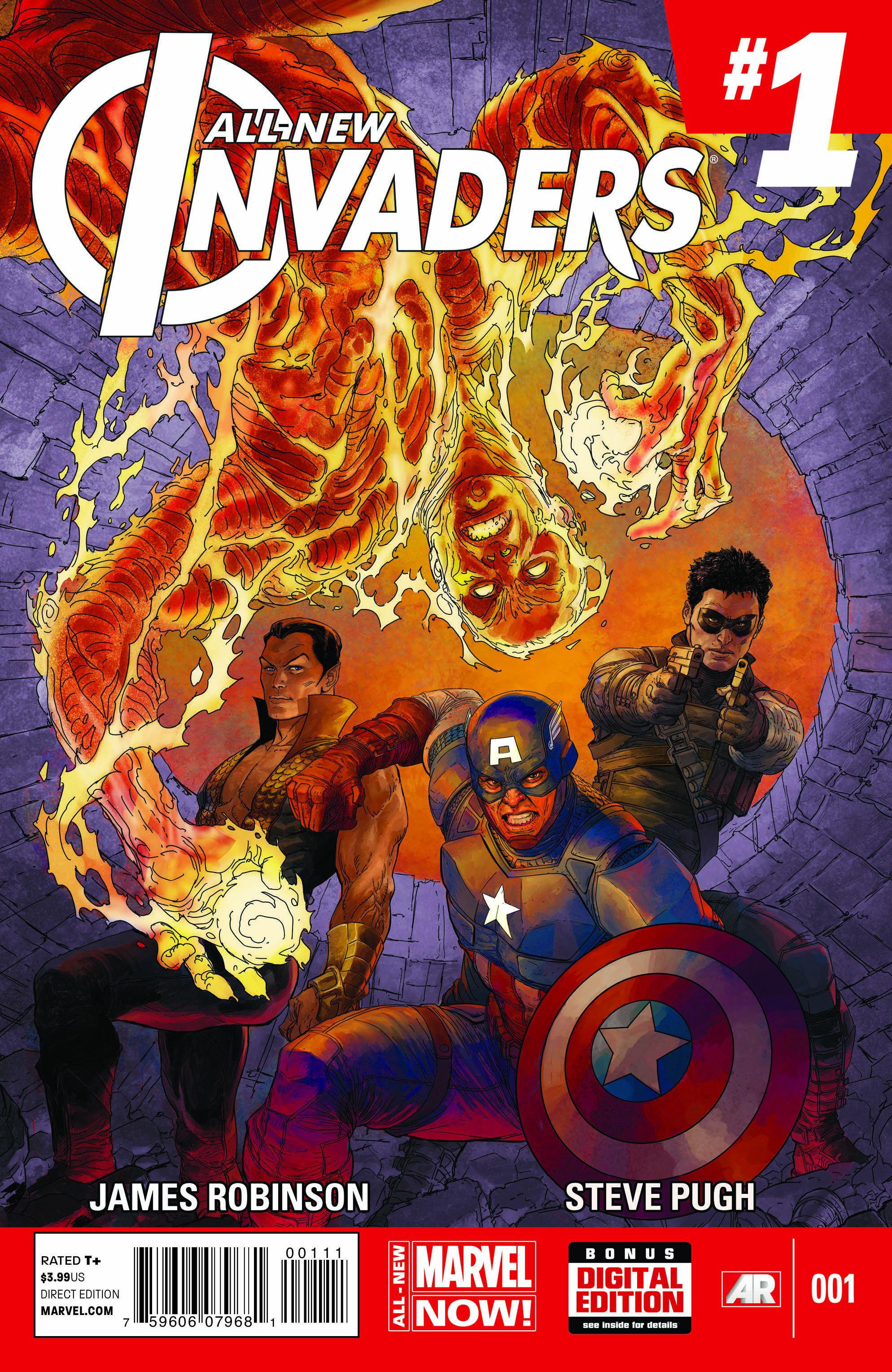 Marvel Comics has announced a second wave of Marvel NOW! titles including a jumping on point for Avengers, Inhuman, and All-New Invaders.

New York. NY—September 9, 2013— The most popular characters. The most acclaimed creators. The most ambitious stories. This is the recharged All-New Marvel NOW!.

It all starts in December with Avengers #24.NOW(=Avengers #1 in All-New Marvel NOW!), from the blockbuster creative team of Jonathan Hickman (Infinity, Avengers) and Esad Ribic (Thor: God Of Thunder,Uncanny X-Force), leading the Marvel Universe in a bold new direction by launching new series—often more than one—every week with unique mission statements, epic scales, and bigger conflicts than ever before.

“All-New Marvel NOW! ushers in 2014 with bold new launches featuring the greatest characters, the greatest creators, and exciting storylines that provide clean entry-points to all ongoing series,” explained Axel Alonso, Editor In Chief, Marvel Entertainment. “With new voices joining our creative chorus, and new heroes stepping into the spotlight, the Marvel Universe is about to expand in every way possible.”

In Avengers #24.NOW(=Avengers #1 in All-New Marvel NOW!),  the Avengers must reassemble like never before after the devastating events of Infinity. As a rogue planet hurtles towards Earth, only the mightier-than-ever Avengers can prevent the annihilation of two worlds! Prepare for a sense-shattering tale that sets the stage for 2014’s boldest Avengers epics!

Then in January, All-New Marvel NOW! heads to the battlefront with All-New Invaders #1! From Eisner Award-Winning writer James Robinson (Starman, Earth 2) and red-hot artist Steve Pugh (Animal Man) comes a bold reimagining of your favorite Marvel Heroes. Brothers-in-arms Captain America, The Winter Soldier, Namor, and the Original Human Torch re-band for an all-new, all-different kind of war! But when the Kree Empire discovers a way to weaponize Norse Gods, can these timeless allies survive the deadly cosmic trenches? Find out as Marvel’s most enduring icons take to the stars in All-New Invaders #1!

But the start of the new year only gets bolder, as All New Marvel NOW! asks, “Are You Inhuman?” with Inhuman #1! Superstar creators Matt Fraction (Hawkeye, Invincible Iron Man) and Joe Maduiera (Avenging Spider-Man, Savage Wolverine) thrust the Inhumans into the spotlight as the newest power players in the entire Marvel Universe! Unfolding out of the cataclysmic events of Infinity, new Inhumans spring up around the globe forcing the once-secret society of Inhumans out into civilization! With Avengers-level powers and abilities, will they chose to stand with Earth’s Mightiest…or against them? As the chaos consumes the globe, discover the fate of King Black Bolt and his royal family as the world becomes Inhuman!

Every FIRST ISSUE bearing the All New Marvel NOW! branding includes a code for a free digital copy of that same comic on the Marvel Comics app for iOS and Android devices. But that’s not all! Select .NOW!titles will also come with a digital code for the entire first collection of that series ABSOLUTELY FREE!

For more on All-New Marvel NOW!, please visit www.marvel.com and join the conversation on Twitter with hashtag #AllNewMarvelNOW. 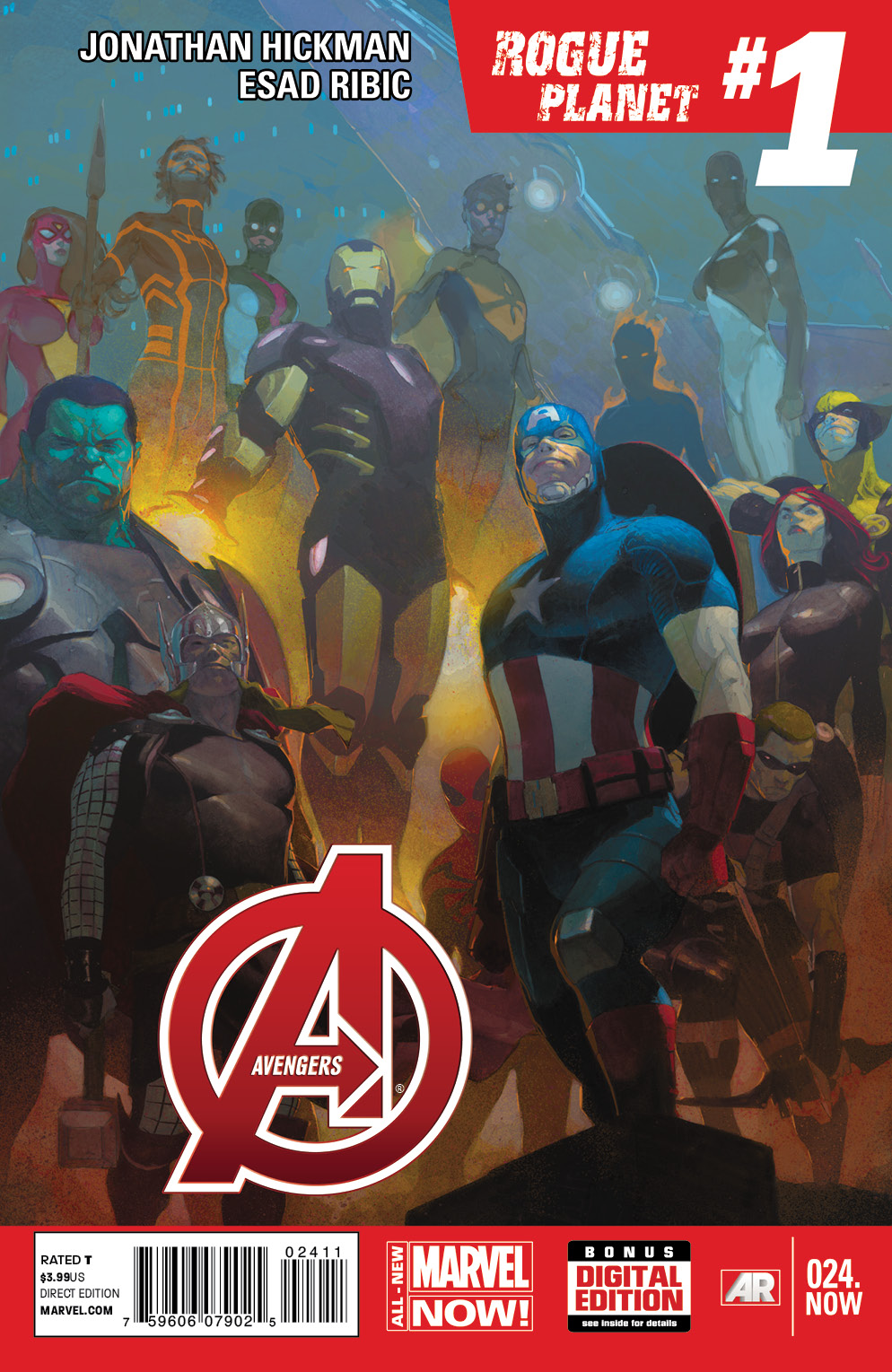 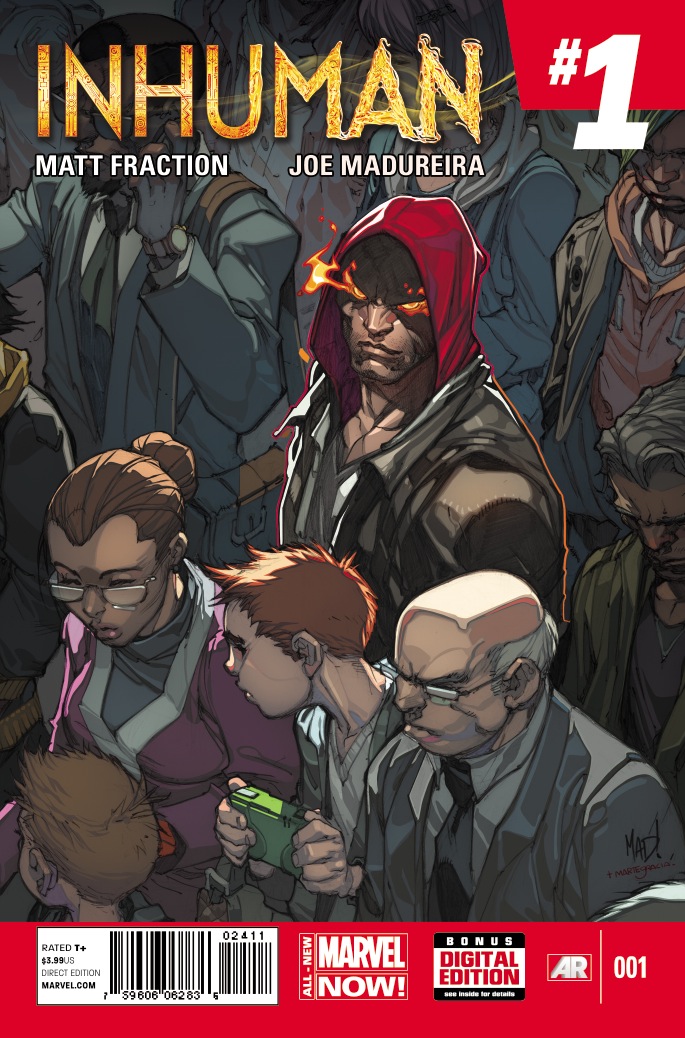