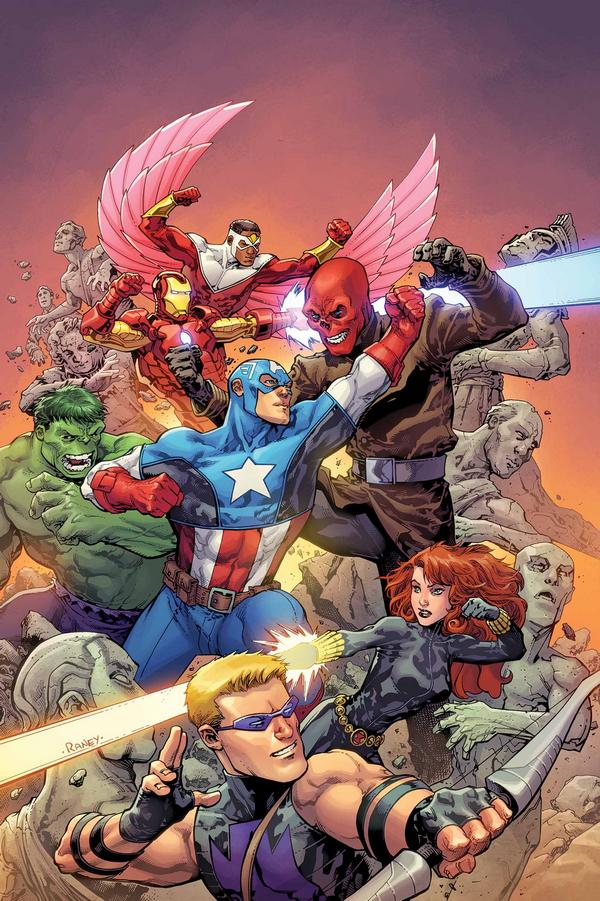 New York, NY—February 13, 2015— Assemble! This April, Earth’s Mightiest Heroes are doing battle against their deadliest foes for a quartet of can’t miss tales AVENGERS VS! Packed to the gills with action, adventure and excitement – experience four unique stories of the Avengers going toe-to-toe with four of their all-time greatest adversaries!

Writer Joe Caramagna brings you four interconnected, yet standalone stories showcasing the Avengers doing what they do best: saving the world and stopping the bad guys! Loki leading a Frost Giant raid on Asgard? Attuma and a group of Atlanteans sinking an tanker in the Arctic Ocean? M.O.D.O.K. and AIM building a doomsday device? Red Skull wreaking havoc on the streets of New York City? No matter, the Avengers stand ready to heed the call! Avengers Assemble!

“AVENGERS VS is a collection of stories starring a cast of classic Avengers told in a classic Avengers style,” exclaimed writer Joe Caramagna in an interview with Marvel.com. “Whether you’re a fan of Marvel comics, movies, or all of the above, there’s something in AVENGERS VS for you! ”

Debuting this April exclusively on digital platforms, all four Avengers VS stories will see print in May’s AVENGERS VS #1 one-shot. Do you want to see the Avengers come head-to-head with four of their greatest villains of all time? Of course you, do True Believer! Well then no fan should miss out on the non-stop action and high-stakes thrills of AVENGERS VS digitally this April and in print this May!