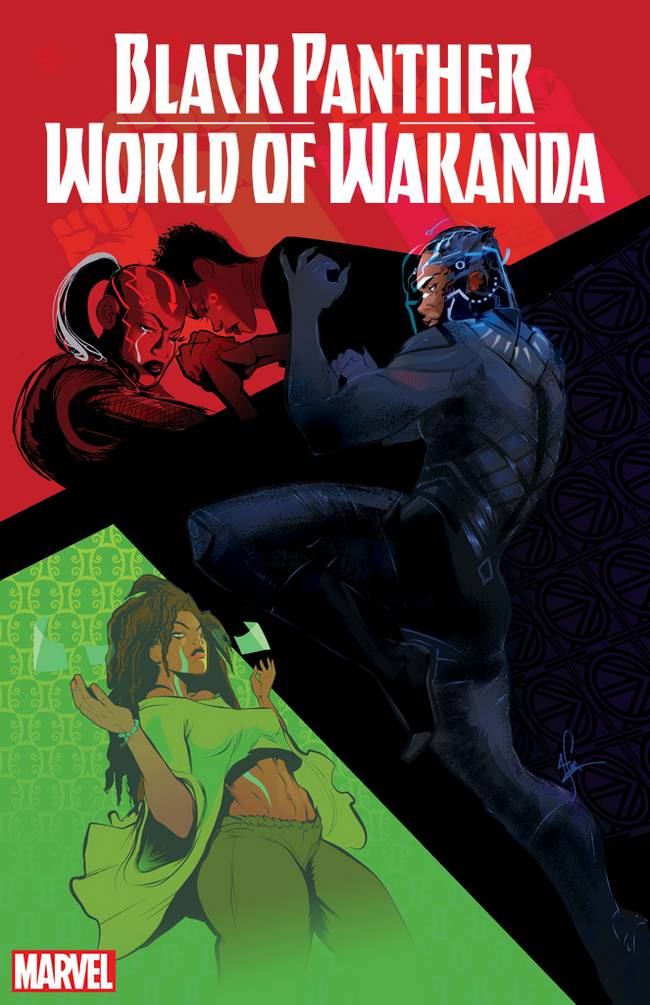 New York, NY—July 25, 2016 — Wakanda, the African country and home of the Black Panther, is the most sophisticated and technologically advanced nation on Earth. Its influence reaches across all of the Marvel Universe, and today Marvel Comics is proud to present an all-new ongoing series devoted to the exploring the people of this fascinating locale with BLACK PANTHER: WORLD OF WAKANDA!

“Under the leadership of Ayo and Aneka, the Dora Milaje decide to expand their mission, to not only serve as protection for Black Panther, but to also right wrongs, particularly against women, in Wakanda and around the world,” Gay says. “They also have to deal with the repercussions of Aneka murdering a village chieftain, as well as a threat from within.”

As BLACK PANTHER: WORLD OF WAKANDA continues, each arc will focus on characters from Wakanda, and the surrounding nations, creating a key companion title to Coates’ current Black Panther series.

Additionally, the first issue of BLACK PANTHER: WORLD OF WAKANDA will feature a 10-page backup story co-written by Yona Harvey (Hemming the Water) and Coates with artwork by Afua Richardson. This story will focus on Zenzi, the mysterious and powerful co-leader of The People, the rebel group that is responsible for much of the strife and chaos seen in the current Black Panther series.

“Intelligent and willful, Zenzi’s intimate knowledge of her home and its people drives her belief that her way of revolution will correct the current path of Wakanda,” says Harvey. “This is the story of how Erik Killmonger’s creation learned to master her powers of persuasion at a young age and ultimately use them against the monarchy: only The People can lead the people.”

“BLACK PANTHER: WORLD OF WAKANDA offers a new canvas for storytelling in the Marvel Universe where top-tier talent can explore the limitless possibility of the world of Black Panther,” says Marvel EiC, Axel Alonso. “Roxane, Alitha, Yona and Afua are crafting a series that is essential reading because it takes readers even deeper into the hearts and minds of the rich array of characters introduced in Ta-Nehisi’s groundbreaking story and further positions them for greatness within the Marvel Universe.”

On the edge of revolution, the nation of Wakanda stands at a crossroad, defended and challenged by those closest to its heart. Revolution has arrived and change is coming! Be here this fall as BLACK PANTHER: WORLD OF WAKANDA breaks down the barriers and ushers in a new age that will further expand the world of the Black Panther across the entire Marvel Universe.