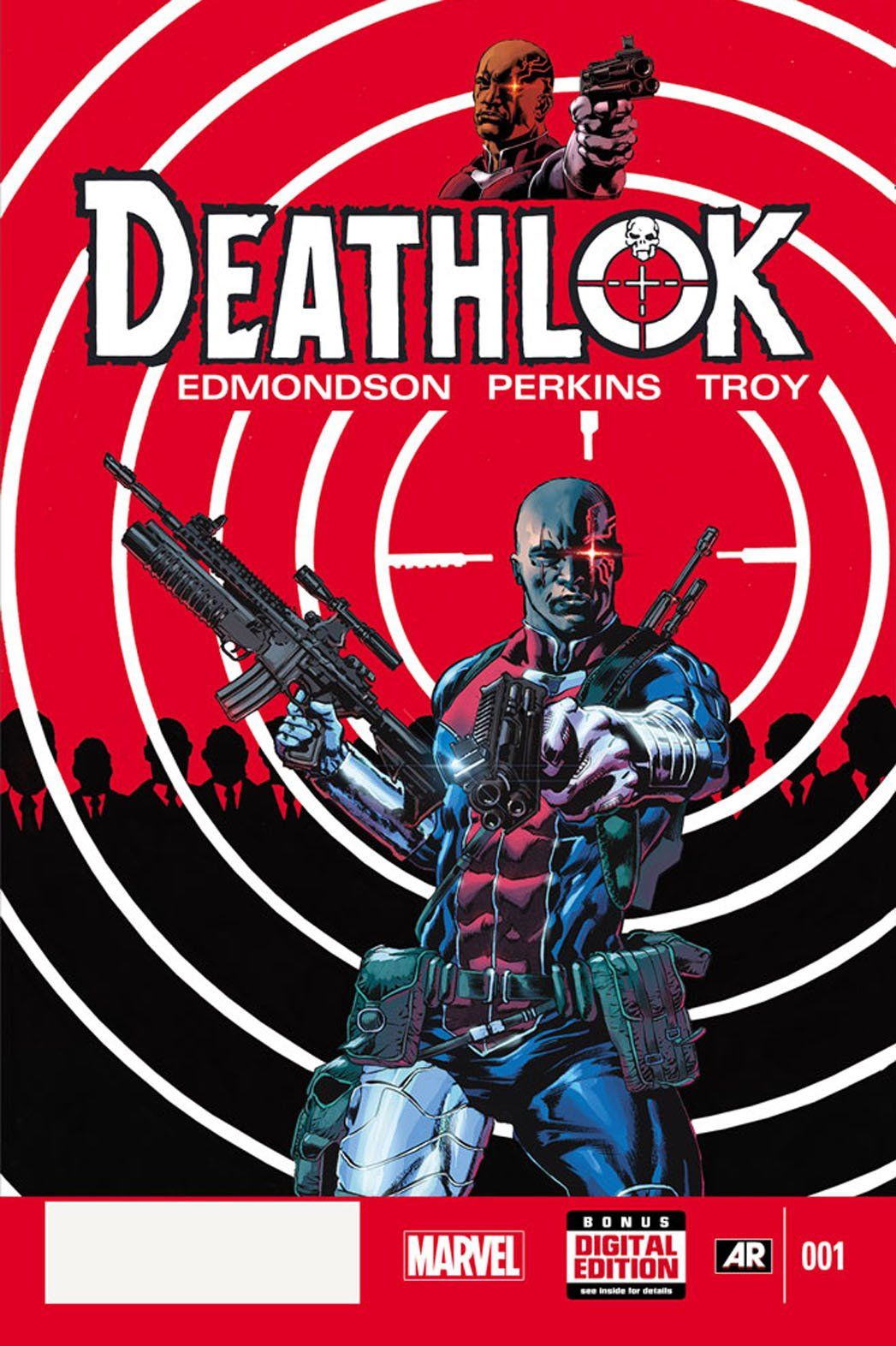 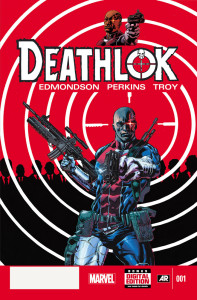 The Demolisher returns this October for DEATHLOK #1, an all-new series from the critically acclaimed creative team of Nathan Edmondson (Black Widow, The Punisher) and Mike Perkins (Captain America, Stephen King’s The Stand)!

Henry Hayes is a veteran, a single parent, a man who thought he’d left his war behind. But unbeknownst to him, he’s been transformed without his knowledge into the perfect weapon of destruction: Deathlok! Operative, fighter, assassin and more – on the battlefield, he is whatever his handlers need him to be.

Created by the mysterious Biotek corporation, Hayes is utilized as a deadly weapon rented out to the highest bidder, his memories erased at the close of every mission. As Henry slowly uncovers the truth behind the horrors that were visited upon him, he’ll struggle with the knowledge that he’s been transformed into a weapon of mass destruction – and expose the disturbing legacy of the many Deathloks that came before him.
“In the tradition of ‘The Bourne Identity’, Deathlok will offer a high-intensity thrill ride mixed with a voyage of discovery, as Henry is forced to peel back the onion-skin of his own existence to get to the truth—and to wrest back control of his life from his corporate overseers!,” says Executive Editor Tom Brevoort. “Viewers familiar with the character concept from his appearances on Marvel’s Agents of S.H.I.E.L.D. TV series ought to feel right at home getting in on the ground floor of this new series with an all new Deathlok.”

Fans eagerly awaiting DEATHLOK #1 can get their first taste of the new series in the highly anticipated ORIGINAL SINS #1 – featuring the first appearance of Henry Hayes in an all-new story by Edmondson and Perkins. Original Sins #1 is on-sale digitally and in print today!

Hunted across the globe by S.H.I.E.L.D., the one man army will be forced to choose – is he a man, or a machine? Follow the high-octane new title as Deathlok makes his debut today in Original Sins #1 and explodes into his own series this October for DEATHLOK #1.