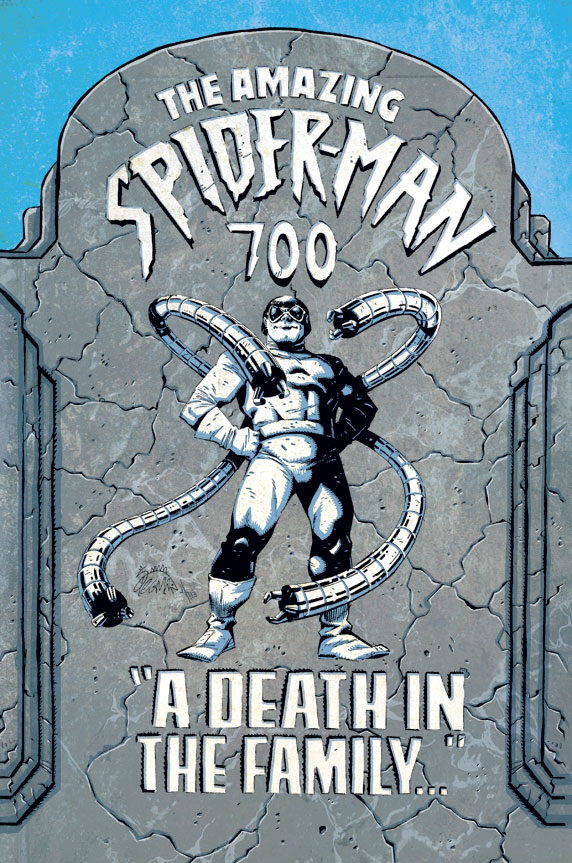 Marvel Comics has announced a fourth printing for Amazing Spider-Man #700. 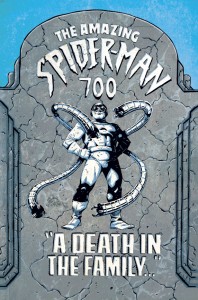 It’s the story that rocked headlines around the world – Peter Parker is no more. Long live the Superior Spider-Man! Due to overwhelming demand, Marvel is proud to present your first look at the ALL-NEW, jaw dropping FOURTH printing cover to Amazing Spider-Man #700 by Superior Spider-Man artist Ryan Stegman. That’s right, the 700th issue of the long running series is no longer available at the distributor level and if you missed Dan Slott & Humberto Ramos’ critically acclaimed story the first, second (and third) time around, head over to your local comic shop and reserve the Amazing Spider-Man #700 Fourth Printing Variant.

But don’t take our word for it – see what everyone has to say about Peter Parker’s final fight against Doctor Octopus!

“Slott will be remembered as one of the best Spider-Man writers of all time.” – Aint It Cool News

“Dan Slott has done everything in his power to remind us all why Peter Parker is the greatest super-hero in the Marvel Universe.” – Newsarama.com

“The conflict is certainly worthy of a milestone issue.” – IGN.com

Don’t miss out on the story that’s taken the world by storm—Amazing Spider-Man #700 Fourth Printing Variant on-sale this May at your local comic shop!