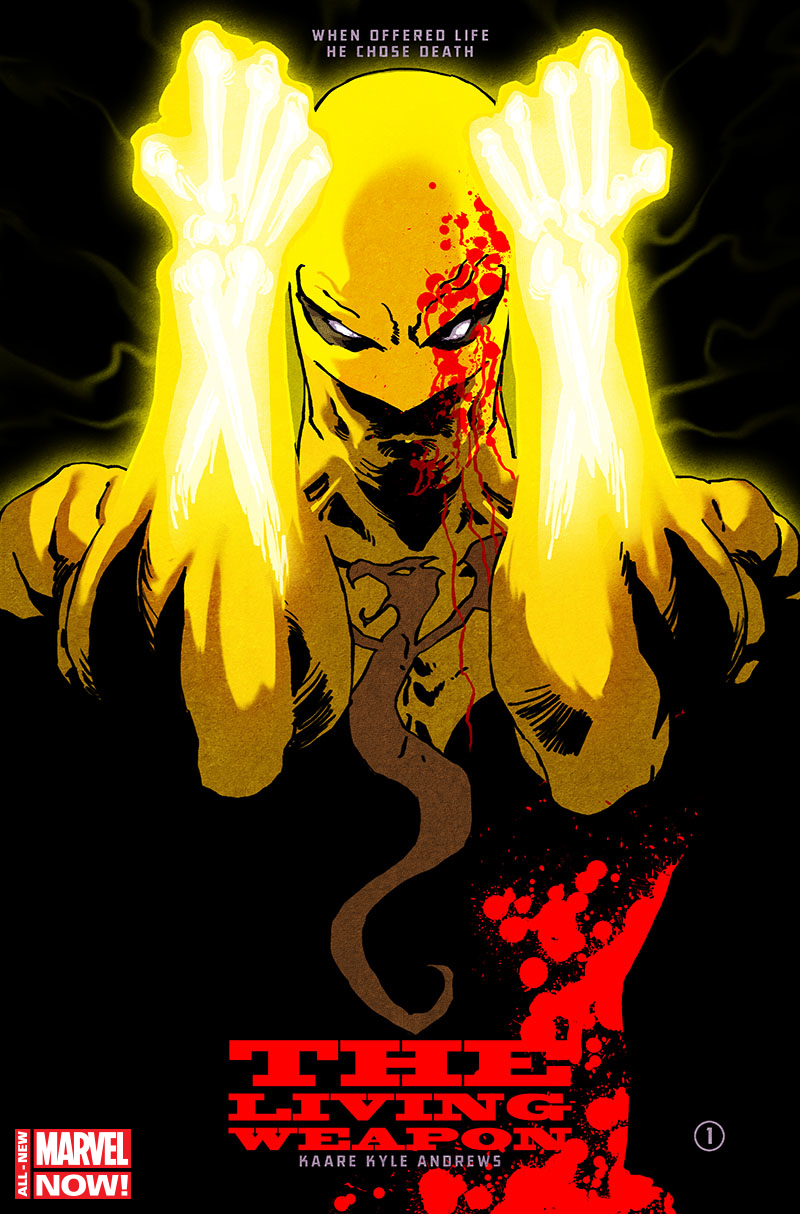 This spring, the fiery fist of vengeance strikes once again! Masterfully orchestrated by writer/artist, Kaare Andrews, Danny Rand once again channels the power of the ancient dragon, Shou-Lao, to become Iron Fist in an all-new series. Kaare explains, “I have two intentions with this project. The first is to tell a bare bones story that does not impede itself with the layers and layers of continuity that Iron Fist has become enriched with. The second, and more important, is to reach into the core of the character and re-explore who Danny Rand is. Reinvention through core exploration.”

In the character’s early history, starting with his first appearance in 1974, Danny was on a path for revenge as he hunted down the man who murdered his father, and Andrews promises to return to how it all began, “The defining aspect of Danny Rand is the loss of a father and a quest for honor and vengeance. Yet, these are themes that haven’t been explored again since his origin story back in the 70s. We need to bring Danny back to this state of blind rage and self-destruction. Remember – this is a man who traded immortality for vengeance. And the consequences of that are what I’m most interested in.”

Kaare Andrews is not the only one within the “House of Ideas” who respects and honors the character of Iron Fist. Marvel’s Editor in Chief, Axel Alonso, reminisces, “Iron Fist first appeared in Marvel Premiere #15 May, 1974. That self-contained issue, which tells the origin of Iron Fist, remains one of my favorite comic book stories of all time!”

Alonso continues, “IRON FIST: THE LIVING WEAPON is a project close to my heart for two reasons: the character – being the first – and the creator, writer/artist Kaare Andrews. I consider Kaare to be one of the most gifted storytellers in the medium. Kaare has crafted a stirring and action-packed tale that cuts the very heart of who Iron Fist is.”

Through Iron Fist’s history, it has been revealed that Danny Rand is the most recent of an ancient linage of Iron Fists and Andrews promises to continue to expand on that eclectic library of characters while still keeping it a great entry point. Andrews says, “For readers who already know Iron Fist, we introduce a couple of new characters and make use of the world already established– but focus on keeping this story contained and accessible. For new readers, I’m trying to keep his condensed mythology very streamlined and fresh.”

When the mystical city of K’un-Lun comes under siege, the prodigal son, Danny Rand must come home – in more ways than one. Is Iron Fist prepared for a threat that hearkens back to that horrible day when his father dropped to his death on a Himalayan mountaintop? Can anything prepare him for the truth that’s waiting for him in the rubble that was once the city of K’un-Lun – the place of Iron Fist’s birth? 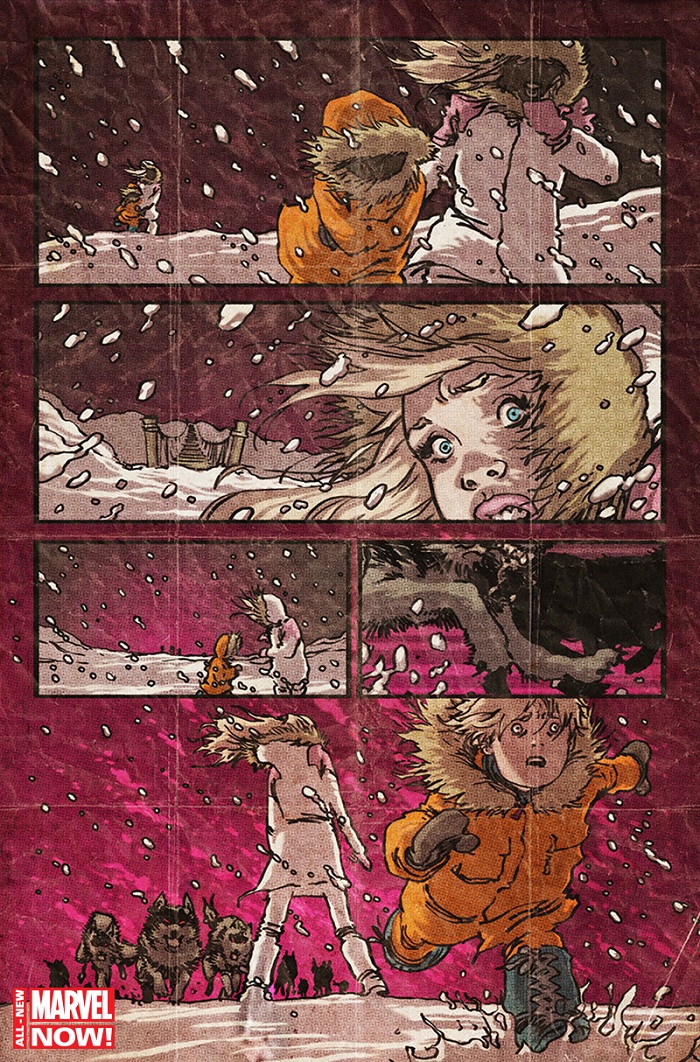 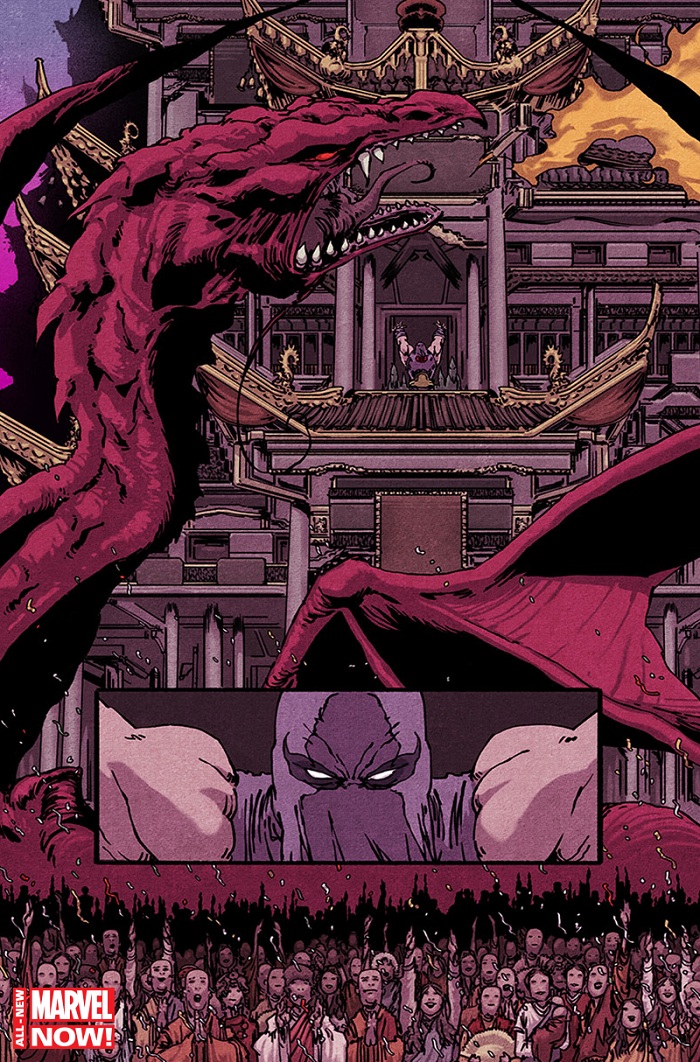 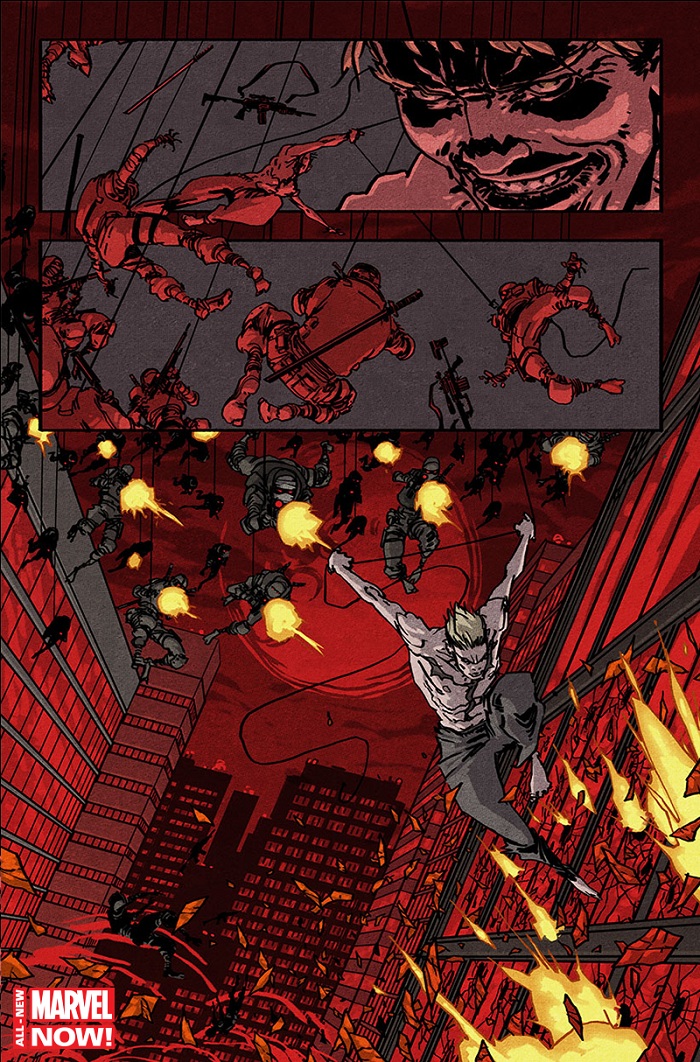