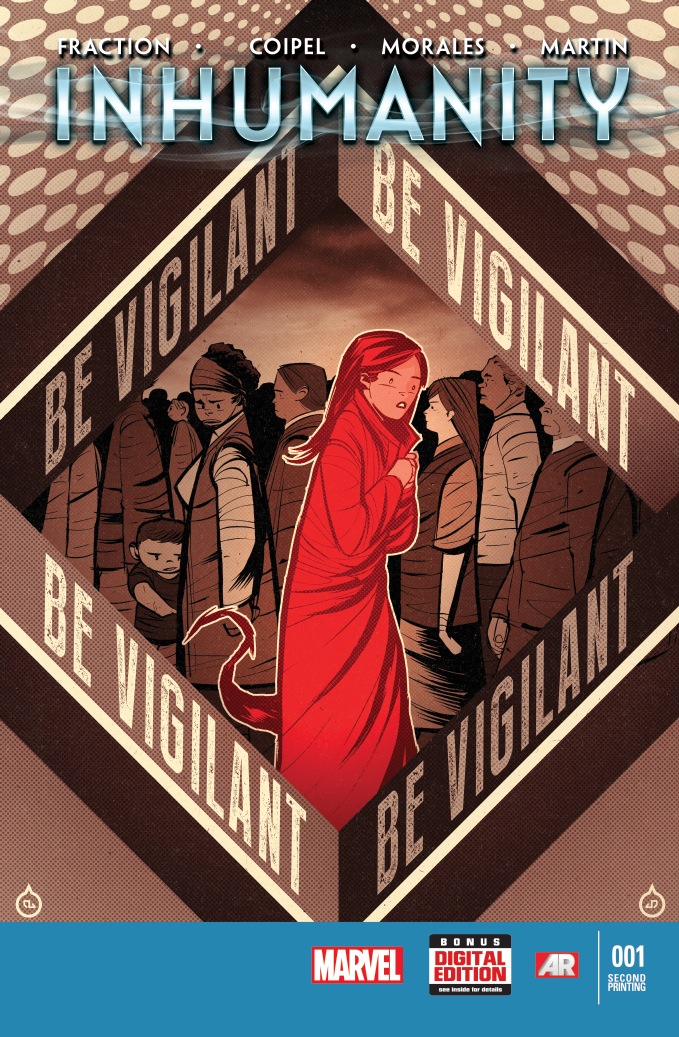 Marvel has announced a first print sell-out for Inhumanity #1.

It’s the issue everyone talking about – INHUMANITY #1 – and today, Marvel is proud to announce that INHUMANITY #1 has sold out at the distributor level (though copies may be available at retail level) and will immediately be going back to press!

From critically acclaimed writer Matt Fraction and blockbuster artist Olivier Coipel – for years they have hid from the world, existing on the fringe. But the cataclysmic events of INFINITY have made their presence known the world over. The Inhuman city of Attilan lies in ruins. It’s king – the mighty Black Bolt is missing and believed dead. Attilan’s destruction has unleashed the Terrigen Mists upon the planet Earth.

Fans and critics agree – INHUMANITY #1 is a hit!
“Grabs you and keeps you glued to each page” – ComicVine

“The artwork on this book is phenomenal” – Newsarama

And don’t miss INHUMANITY #2 from Matt Fraction and critically acclaimed artist Nick Bradshaw for the continuing story of the Inhumans and their queen Medusa.
As thousands of new Inhumans emerge from every corner of the Marvel Universe – what will become of the Inhuman Royal Family? Sins and secrets stand revealed when both the smash hit INHUMANITY #1 Second Printing and INHUMANITY #2 hit comic shops this January! 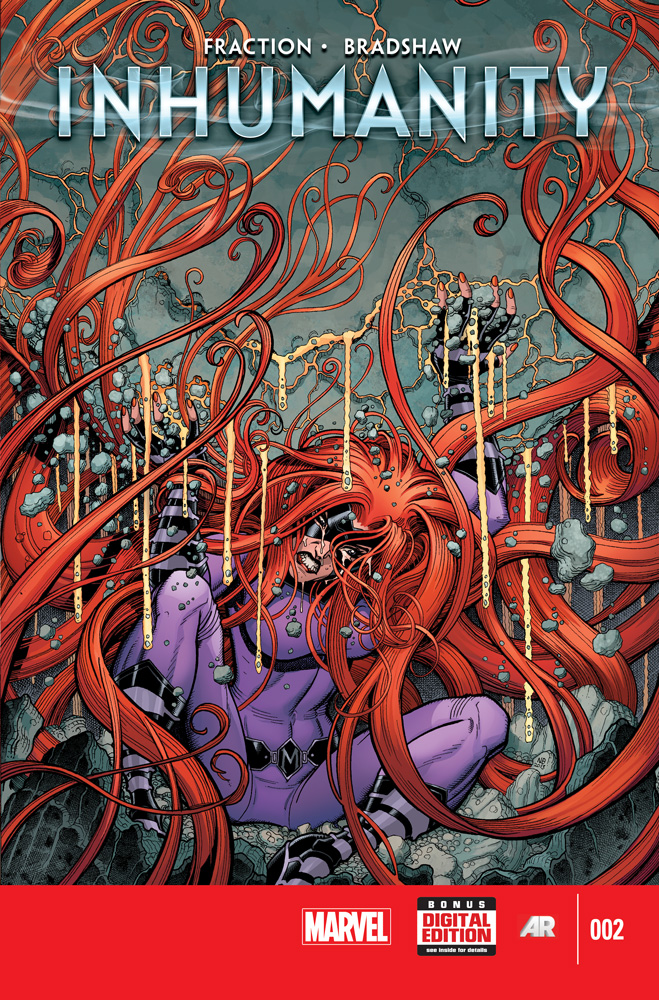