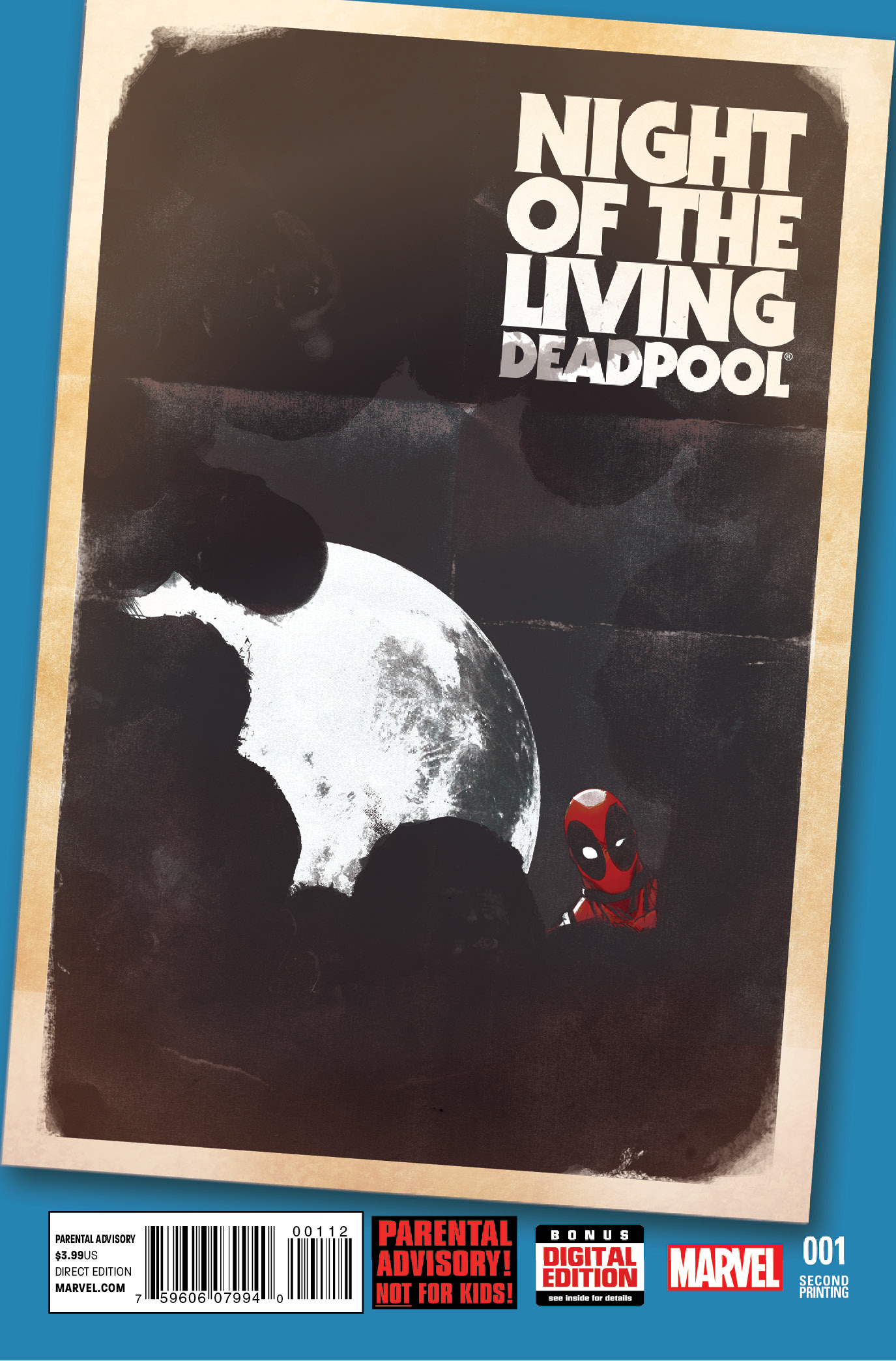 Marvel Comics has announced Night of the Living Deadpool #1 is headed back to print. 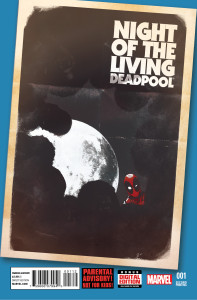 January 29th, 2014,NEW YORK, NY— You just can’t keep a good zombie down! Marvel Comics is proud to announce that NIGHT OF THE LIVING DEADPOOL #1 has sold out at the distributor level (though copies may still be available at retail level) and will immediately head back to press! From blockbuster Deadpool writer Cullen Bunn (Deadpool Kills the Marvel Universe, Deadpool Kills Deadpool) and red-hot artist Ramon Rosanas (Spider-Man: 1602) comes and undead Deadpool epic unlike any other!

Critics and fans have spoken. Night of the Living Deadpool is a hit!

“Treat yourself to some horror humor and give this a read” – Comicosity.com

“Do yourself a favor and check this one out” – ComicVine.com

Deadpool has woken up from his epic food coma to a world changed. Not only are there zombies everywhere – but everything is grey! Yikes! Don’t miss out on the Deadpool adventure that has everyone talking as the Merc with a Mouth returns to take on hordes of the undead this February! Don’t miss the NIGHT OF THE LIVING DEADPOOL #1 2ND PRINTING VARIANT!