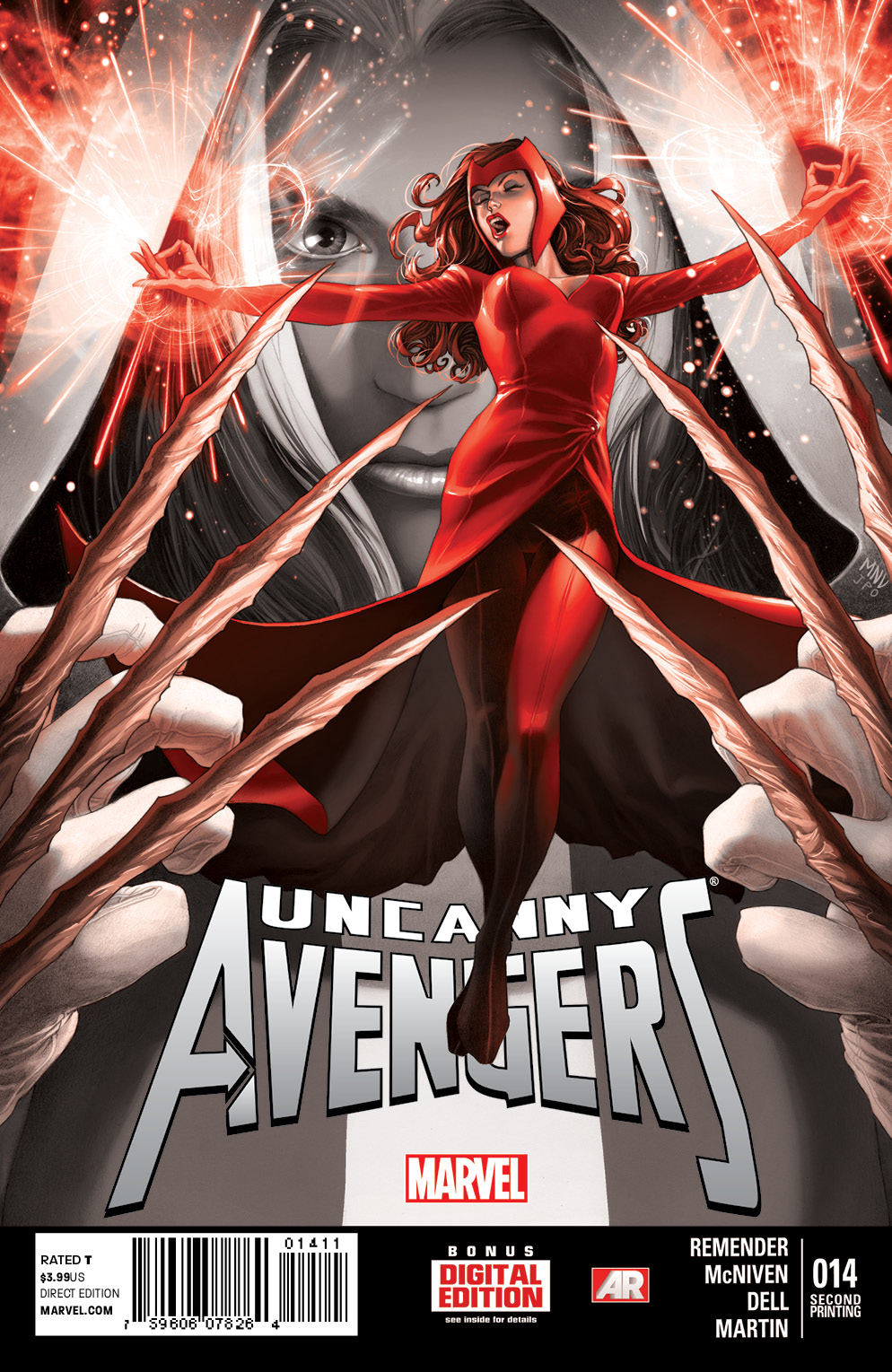 Marvel Comics has announced a second printing for Uncanny Avengers #14. 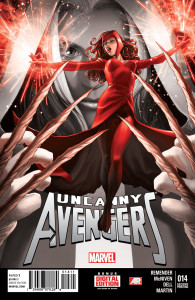 It’s one of the most shocking comics of the year – and today, Marvel is proud to announce that Uncanny Avengers #14 has sold out at the distributor level (though copies may be available at retail level) and will immediately be going back to press. From the all-star creative team of Rick Remender and Steve McNiven comes one of the most talked about comics of 2013!

“Remender has reached an important point in his saga that is as dramatic and emotional as it is bloody. Steve McNiven is just the artist to handle all those elements.” – IGN.com

“One of the most tense superhero books I’ve read in a long time” – Newsarma.com

“What it comes down to is, you should not miss this issue” – ComicVine.com

The Avengers Unity Squad stands fractured in their attempts to stop the Apocalypse Twins. Can they settle their differences in time? Or are they too far gone? It all builds to the most shocking moment of 2013 – and one that will have rippling effects across the entire Marvel Universe! You don’t want to miss this issue when UNCANNY AVENGERS #14 returns to comic shops this January!