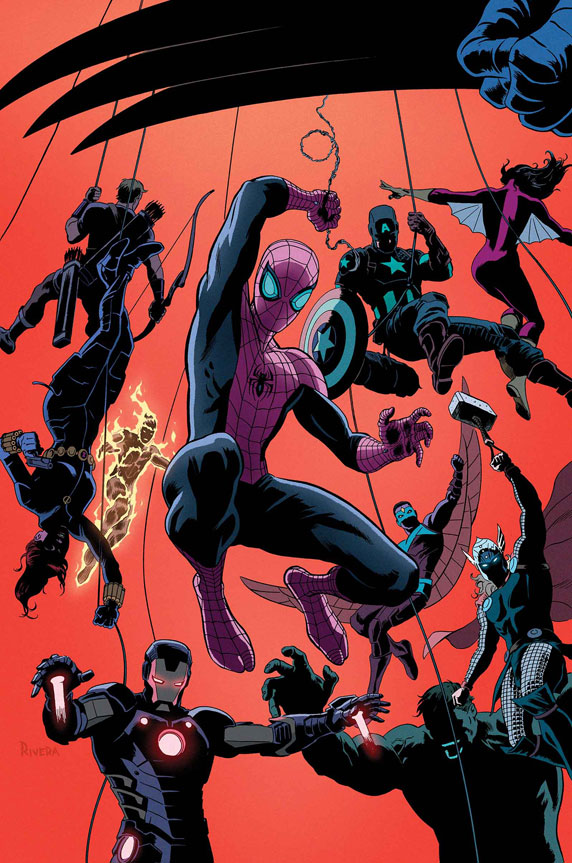 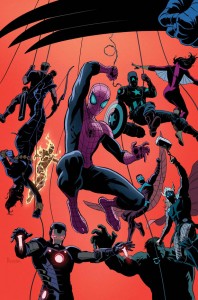 There’s only one thing that’s on the mind of the Superior Spider-Man when he encounters the heroes of the Marvel Universe…how can he beat them?! First on his list? The Avengers!

“Superior Spider-Man Team Up #1 takes fans across the entire Marvel Universe and pits Superior Spider-Man against heroes and foes you wouldn’t necessarily think he’d rub shoulders with,” explains Stephen Wacker, Senior Editor, Marvel Entertainment. “More and more people in the Marvel Universe are starting to sense a change in Spider-Man, and being able to see Chris put Spidey in those situations is going to have my inbox full of team-up requests! (So stay strong Songbird fans!”)