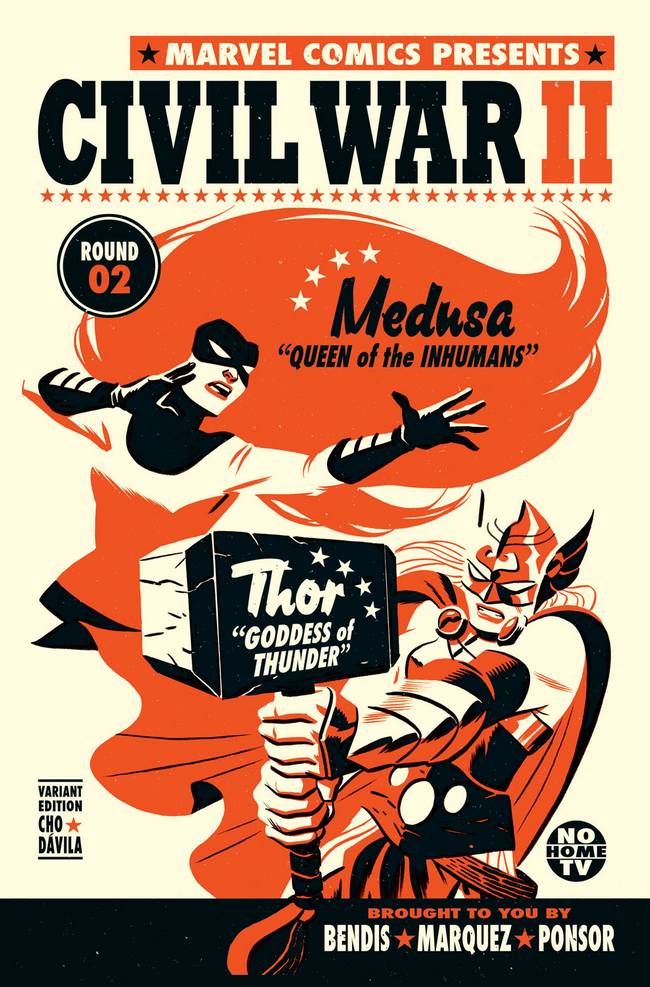 New York, NY—April 13th, 2016 — You already saw his striking variant covers to your favorite Marvel titles in February. But now, acclaimed illustrator Michael Cho looks to put his iconic stamp on the comic event of 2016! Marvel is pleased to announce that each issue of CIVIL WAR II will feature Michael Cho variant covers and lithographs. Throughout the event, Cho’s seven images are set to feature two of your favorite Marvel heroes ready to go toe-to-toe – all done in the artist’s unique style.
“If anyone proves that ‘less is more,’ it’s Michael Cho,” says Marvel Editor In Chief, Axel Alonso. “Rest assured that not a single brushstroke will be wasted in any of his propaganda-influenced Civil War II covers, each of them a call to arms. Who’s side are you on?”

But that’s not all! All seven of these striking images will also be available as promotional lithographs coinciding with the release of each issue! As the Marvel Universe prepares for war – don’t miss out on a single one of these vibrant variant covers and lush lithographs! Be sure to head over to your local comic shop and tell your retailers to reserve your copies today. Get in on the action when the explosive CIVIL WAR II #1 hits on June 1st!

Retailers: Check your Marvel Mailer for additional information on ordering variant covers and promotional lithographs. Marvel urges retailers to check their orders on these hotly anticipated variant covers as fan demand in the months to come can only increase. 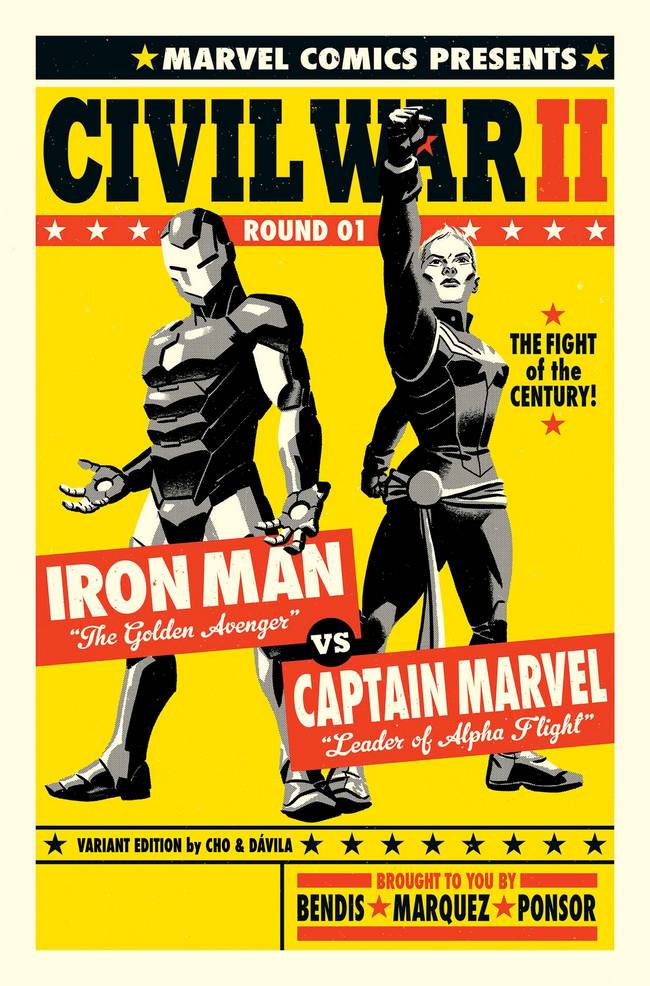 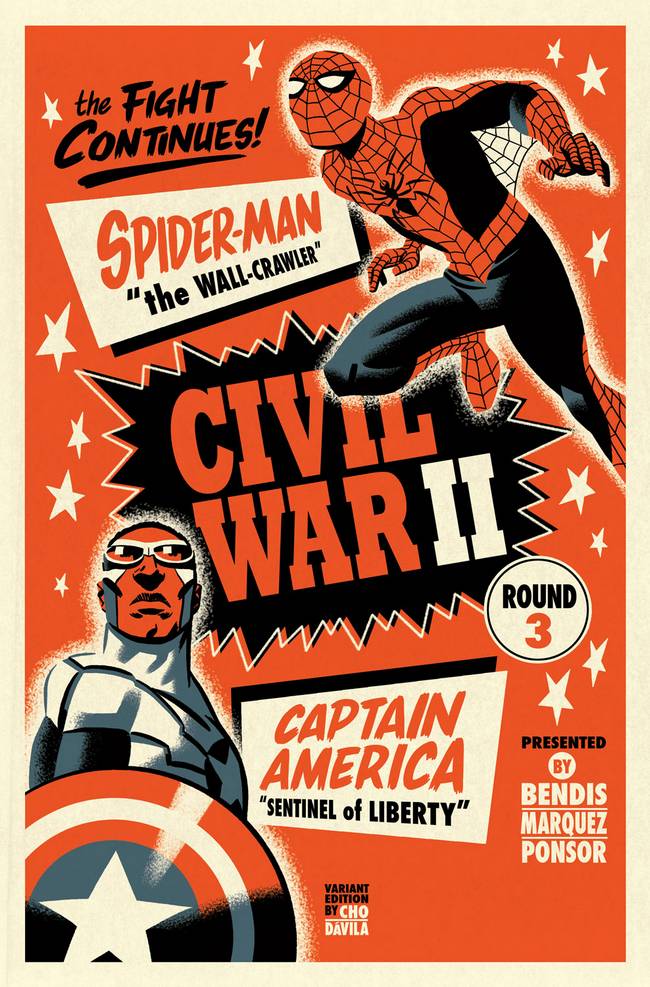 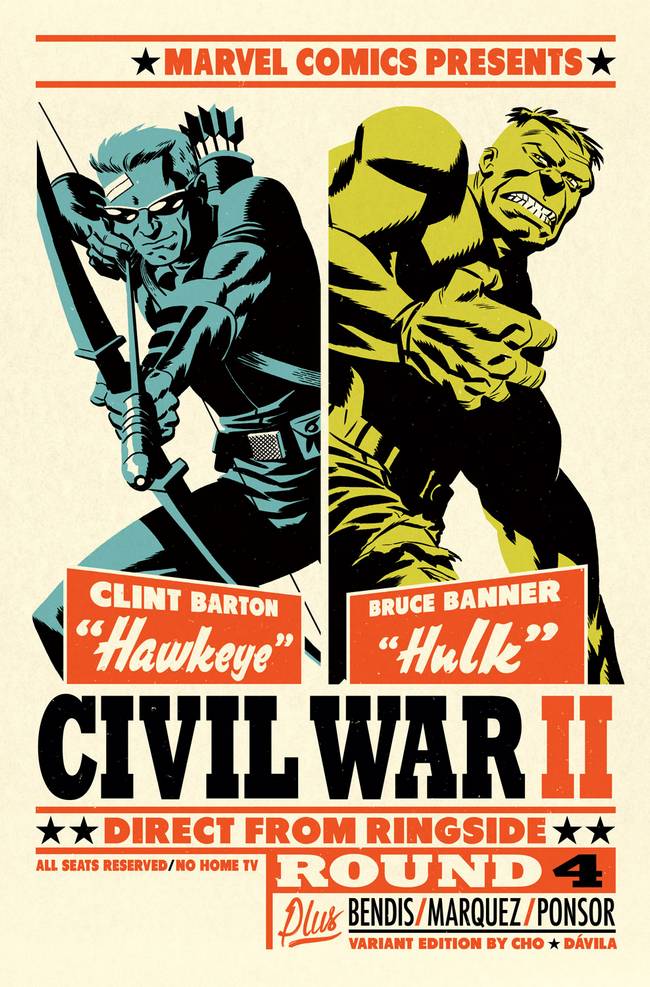