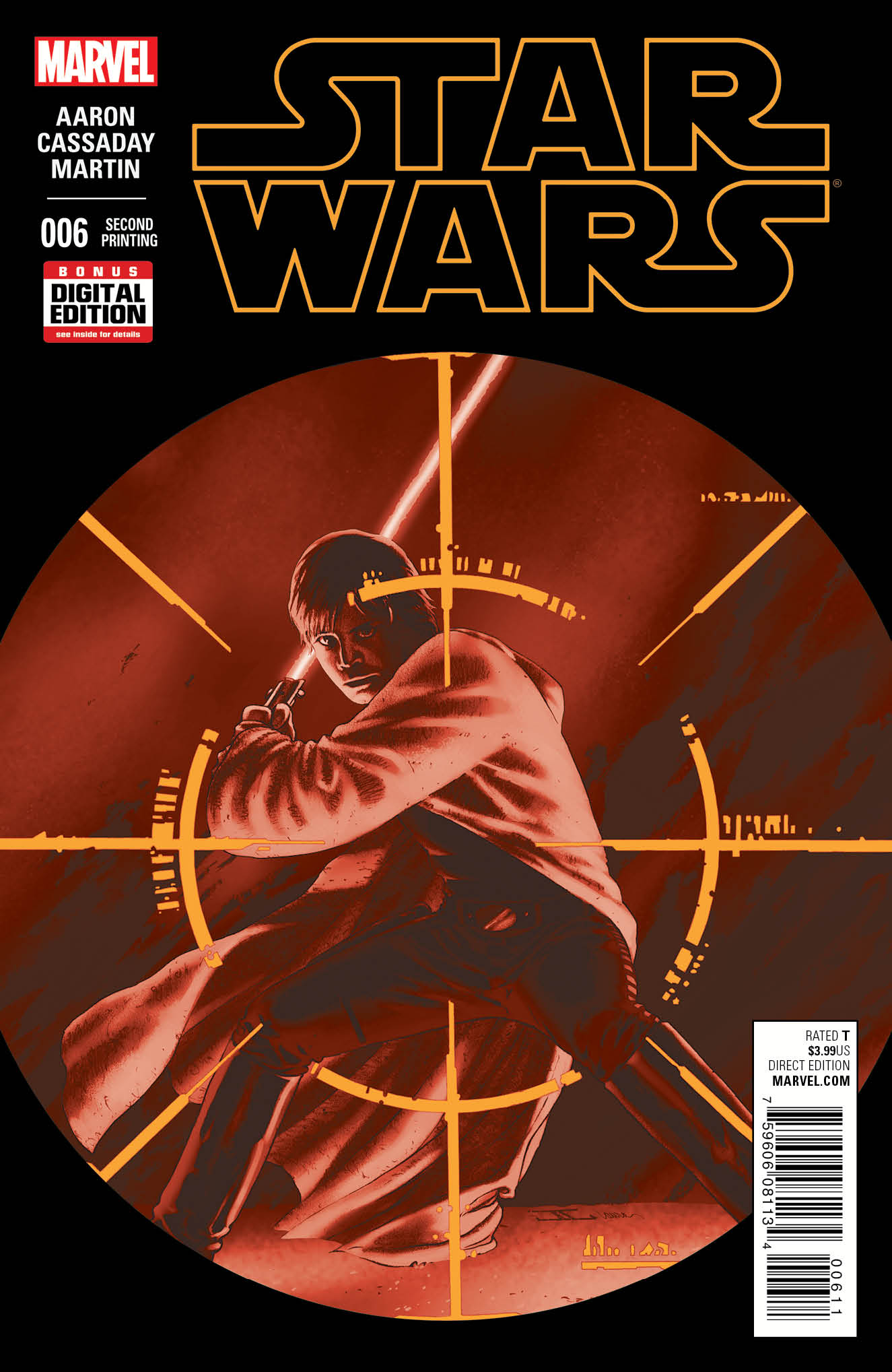 New York, NY – June 5th, 2015 – It’s the comic EVERYONE can’t stop talking about! And now you’ll have a second chance to get your hands on this can’t miss issue! Today, Marvel is pleased to announce that STAR WARS #6 has sold out at the distributor level (though copies may still be available at retail level – but we doubt it!) and will immediately return for a second printing! Blockbuster creators Jason Aaron and John Cassaday drop a bombshell on the Star Wars universe with an issue that has to be seen to be believed!

“If you’re a STAR WARS fan, you’ve got to be reading these comics. They are absolutely incredible.”
– Slashfilm.com

“…the events of this issue have massive implications for the whole of the STAR WARS franchise”
– ComicBook.com

“…it’s pretty impressive to watch Marvel grab the “Star Wars” canon by the rug and rip it out from under many fans. Bold move.” – Los Angeles Times

Don’t miss out on the series the whole world is talking about! As the first arc closes with a colossal bang, now is the perfect chance to jump onboard the continuing adventures of Luke, Han, Leia, Chewbacca and more! Don’t miss out on STAR WARS #6, when it returns to comic shops this July!