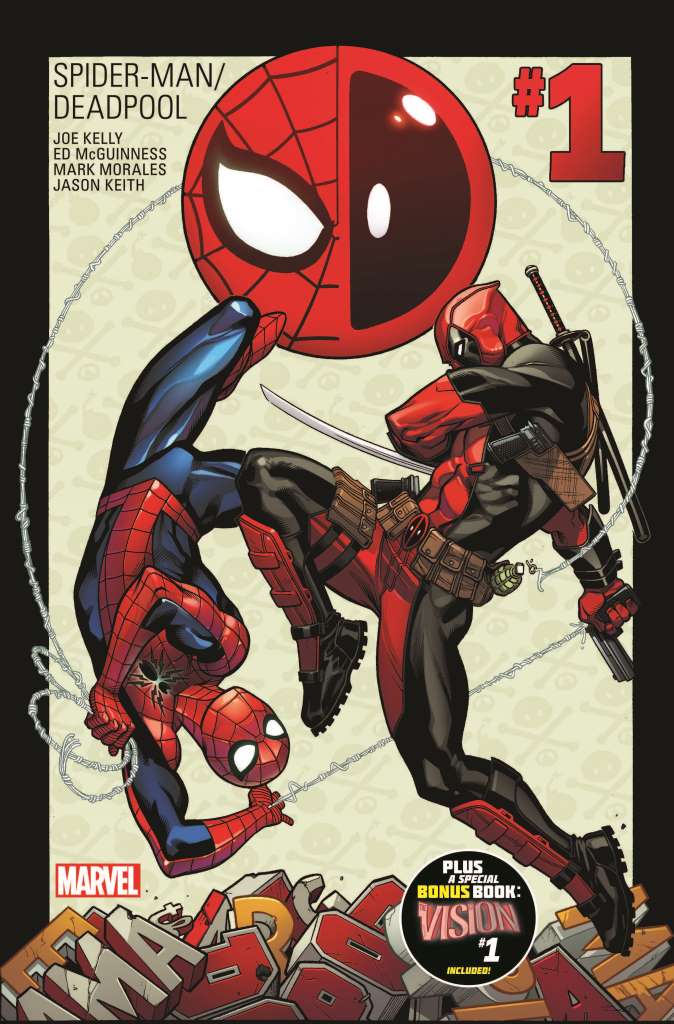 New York, NY—December 10th, 2015 — This January, the Marvel Universe’s most unlikely duo is about to become a trio! That’s right, today Marvel is pleased to announce that next month’s highly anticipated SPIDER-MAN/DEADPOOL #1 will now also contain the full issue of the critically acclaimed THE VISION #1 – at no extra cost! Missed out on the title that has the entire comic industry buzzing? Now is your chance to jump on board one of the hottest new series!

“The Vision #1 is a title that perfectly encapsulates the All-New, All-Different Marvel initiative,” says Marvel SVP Sales & Marketing David Gabriel. “It’s a riveting reinterpretation of a character that has existed for decades and Tom [King], Gabriel [Hernandez Walta] and Jordie [Bellaire] truly hit a home run. We’re hoping that by including it in a huge release like SPIDER-MAN/DEADPOOL we can get this fantastic first issue in front of a larger audience.”

Here’s what some of the critics have to say about THE VISION #1:

“…a strangely chilling, page-turner of a comic. And it is fantastic.” – io9.com

“The Vision #1 is as pitch-perfect a first issue as I’ve ever read.” – Newsarama

“…this is as compelling as comics can get.” – Adventures in Poor Taste