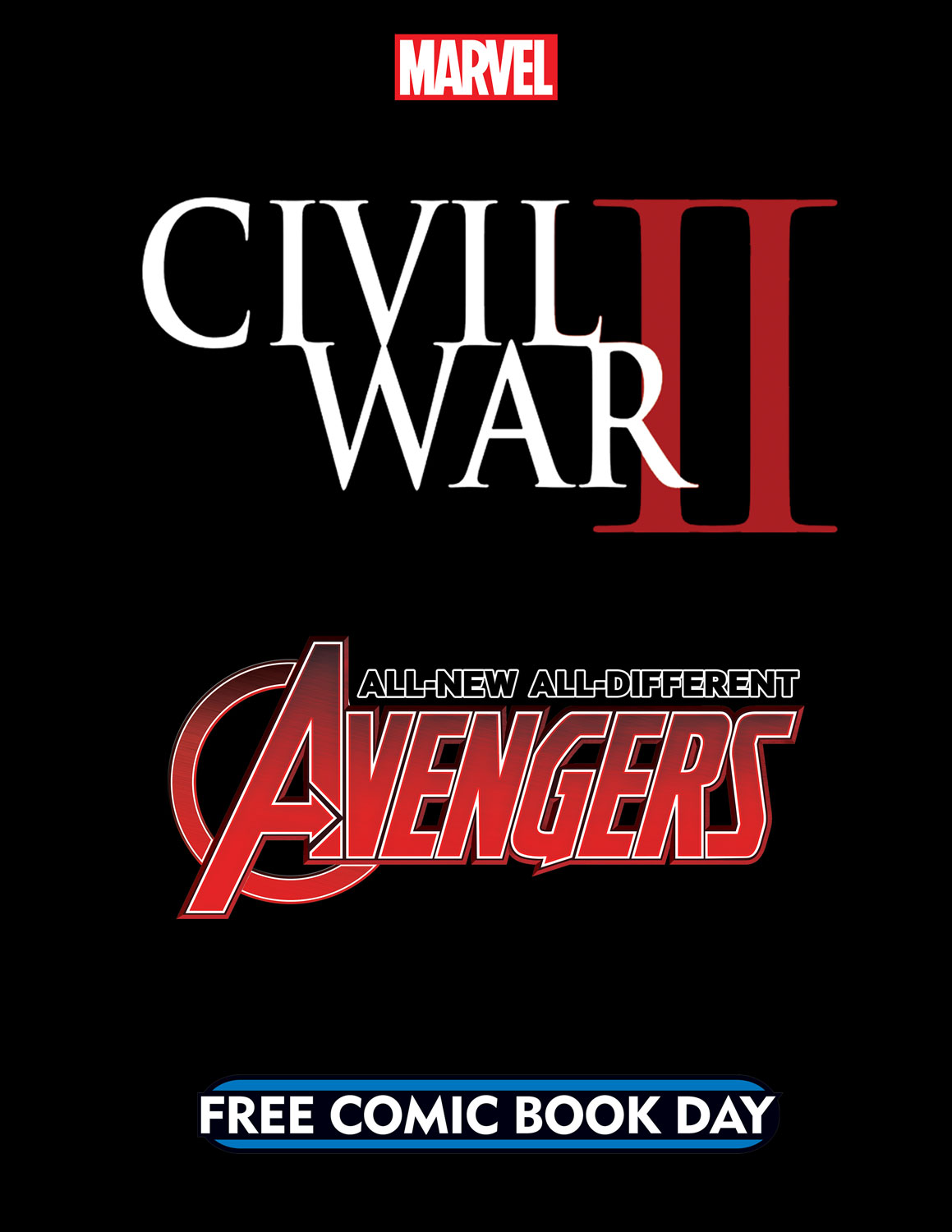 New York, NY—January 15th, 2016— The biggest heroes, the biggest creators and the biggest stories in comics are coming to FREE COMIC BOOK DAY this year!

Today, Marvel is proud to officially peel back the curtain on just one of our can’t miss offerings for FREE COMIC BOOK DAY 2016! The biggest story of the year comes to your local comic shop in FCBD CIVIL WAR II #1, and fans can get their very first taste of the ensuing war this May! Before hero stands against hero, Brian Michael Bendis and Jim Cheung bring you a snapshot of the conflict that will split the Marvel Universe in two!

But that’s not all! Beware the sting of the All-New Wasp! FCBD CIVIL WAR II #1 will also feature a special second story from All-New, All-Different Avengers writer Mark Waid and legendary artist Alan Davis. Be there as this mysterious new character makes their big debut! Are they friend or foe? How will their coming impact on the lives of the All-New, All-Different Avengers? The answers may surprise you, True Believer!

“Free Comic Book Day this year is the perfect chance to dive headlong into the Marvel Universe,” says Marvel SVP Sales & Marketing David Gabriel. “Not only will you get a lead in to the escalating conflict of Civil War II, but you’ll also be introduced to a big new character with the All-New Wasp. Oh, and did we mention this is just one of our Free Comic Book Day offerings? Make sure you support your local retailers and head to a comic shop that weekend to get your hands on these!”

This May, the powder keg of Civil War II ignites and the All-New Wasp rockets into the Marvel Universe. No fan can afford to miss out on FREE COMIC BOOK DAY – May 7th at participating comic shops nationwide!tyi