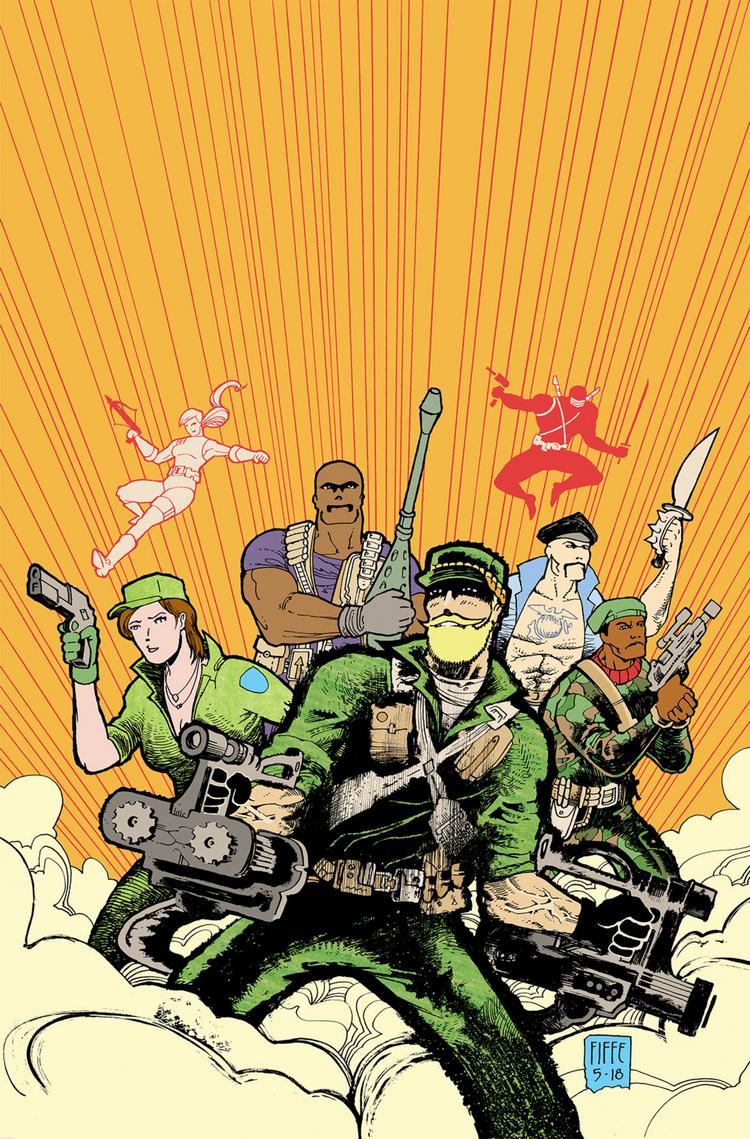 In G.I. Joe: Sierra Muerte, a core team of classic heroes goes rogue on a hunt-and-rescue double mission. With everyone trying to thwart Cobra Commander – even Cobra itself – and with Storm Shadow going AWOL, a pack of America’s fighting elite risks life, love, and honor in this fast paced, one-stop-shop adventure.

“The opportunity to put my own spin on this iconic franchise was impossible to resist,” says Michel Fiffe. “I wanted to take all of my favorite players and give them a chance to shine in their own unique ways. By creating the entire package, I tap into the personalized core of this classic cast. Love and loss, combat and cunning, cheap laughs and high stakes – this is everything I want in a G.I. Joe comic.”

“It is a true honor to be working with Michel Fiffe, one of the industry’s most unique and talented voices, on this project,” says IDW Associate Publisher David Hedgecock. “Michel’s love and passion for classic G.I. Joe shines through with every new page he turns in.”

For information on how to secure copies of the G.I. Joe: Sierra Muerte comic book series, please contact your local comic shop or visit www.comicshoplocator.com to find a store near you.

Michel Fiffe is the creator of the monthly action series Copra as well as the one-man anthology Zegas, both of which he produces and self-publishes under Copra Press, est. 2011. He’s written and drawn for Marvel, Valiant, IDW, Boom! Studios, Dynamite Entertainment, and Image Comics. On top of making comics, Fiffe has also edited the comics anthology Twisted Savage Dragon Funnies and has conducted in-depth creator interviews for several institutions including The Comics Journal.