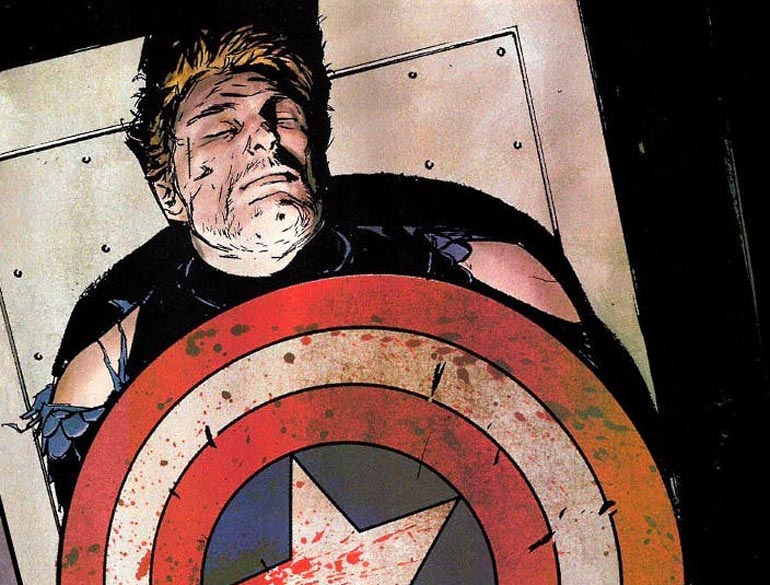 You might consider this two-part series a kind of ‘companion’ or ‘extension’ piece to a three part column series I did way back in 2014 (!). While those three articles dealt with some specific characters such as Superman, Wolverine and the Phoenix manga, these particular entry will touch more on Captain America directly, thus keeping up the ‘theme’ I started with the article before this one, ‘Captain America as Modern Myth.’

In a previous column, I commented on some of the ways in which comics can fit being credible as ‘modern mythology,’ something that helps us, as people, find answers to questions that are troubling us. I used Captain America as an example to show how, when Jewish-Americans were wanting to contribute to the moral effort during World War II, Captain America was created to fill a unique role. Rogers was created to fill an emotional role for a community and, in turn, he became something beyond that. Rogers was, and presently remains, a high standard for morality and ethics in the Marvel Universe. 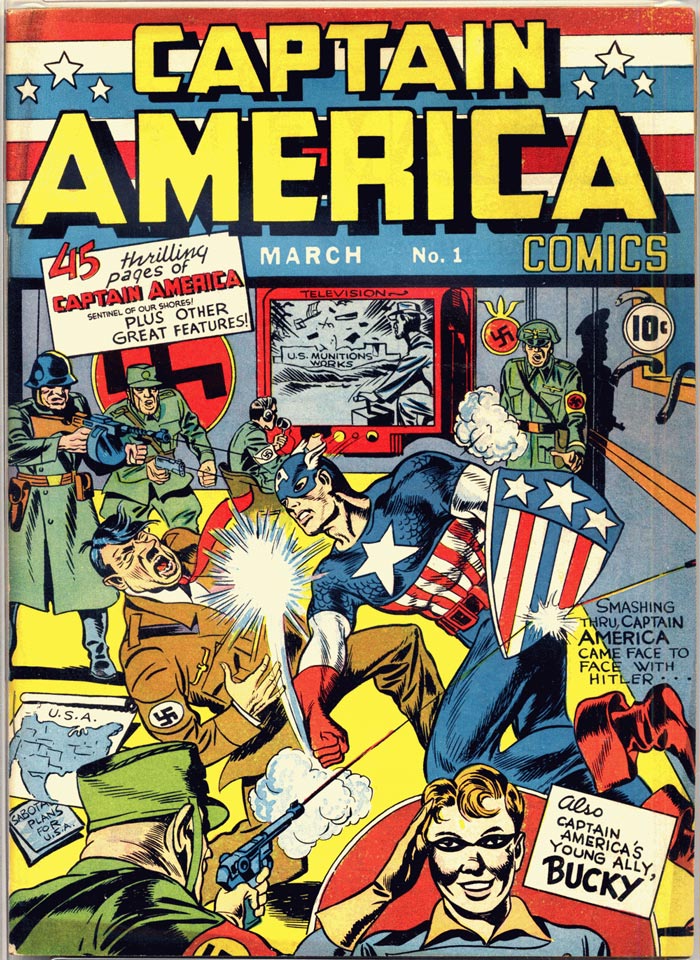 So, here is a question I am sure that is going to generate some polarized opinions: is Steve Rogers better off alive or dead? After all, Steve has died a few times for his country and his beliefs. Being a fictional character, Rogers is more suitable to changing than living people, thus he can become whatever is needed.

To continue using Captain America as an example, what matters most about Steve? Is it his morals? Is it his ability to understand the powerless, having been powerless himself? Is it his disconnection from time and his awareness that he shouldn’t be in our present, yet is?

Everybody will probably rank some of these things higher or lower than others, but I think our modern comic culture will probably see Steve’s disconnection from time and his morals as being vital to his character. Often, some writers and readers will sort of merge these together, seeing Steve’s values and morals as being something explicitly ‘old-fashioned.’

So, while there have been articles about this before, I want to address the biggest retcon concerning Cap to try and work through m question about if comic characters are better as ‘mortal’ entities who can ‘die,’ or if they’re better because they can constantly return to us, the readers. 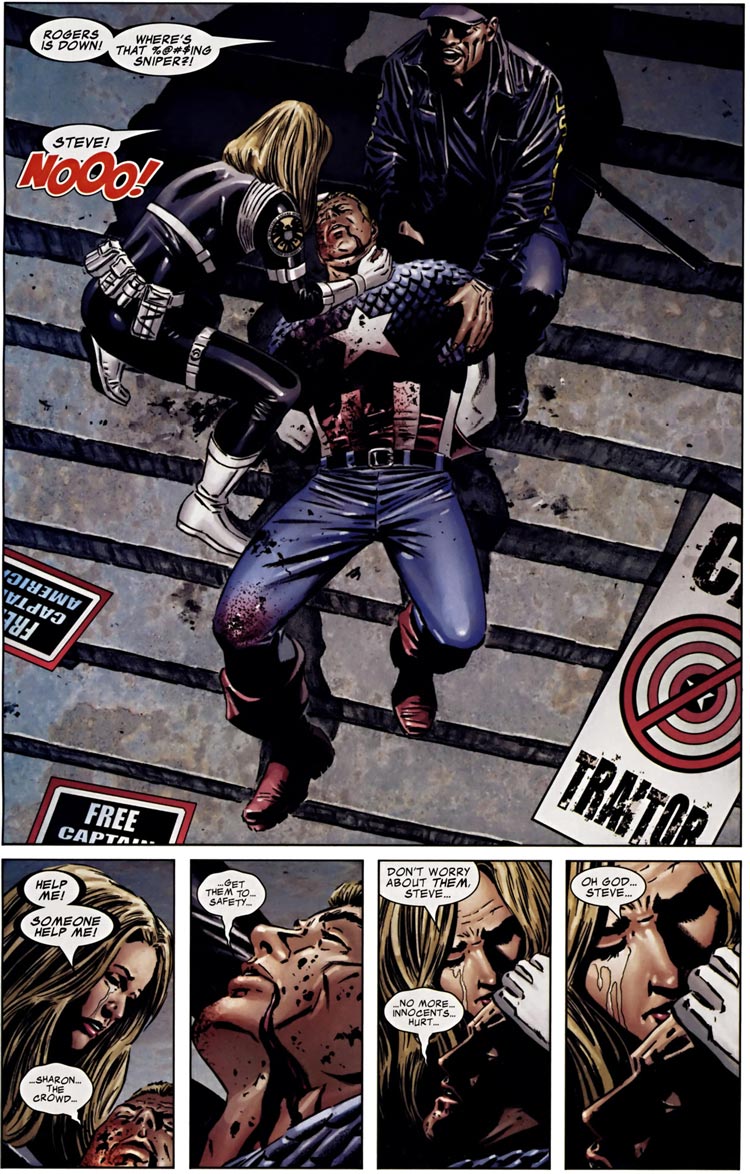 This might be news to some, but Captain America has had a complex history where his chronological history is concerned. While the original run of the character between the 1940s and 1950s depicted Cap as having lived beyond World War 2, even showing him fighting communist villains, everything changed in the 1960s.

With the release of Avengers #4, Steve Rogers was shown as having underwent a calamitous mission which resulted in both the death of Bucky Barnes and his suspension in ice. There were subsequent stories to clarify ‘how and why’ Cap could have been unfrozen in the 60s, yet still active in the 1950s. The result was that replacement characters assumed the role of both Captain America and Bucky Barnes, with eventually tragic results for both.

So, why do these comics stand out? Because they force readers and fans to ask pivotal questions about Steve Rogers and the role of Captain America itself: should Steve have stayed a World War 2 survivor? Should there have ever been a retcon so that he was frozen, and that Bucky died a gruesome death being a hero? Should the entire idea of Captain America remain a symbolic position to be picked up by new heroes every generation?

Obviously, however one answers these questions will say a lot about what they feel is the importance (or, the problem) with death and resurrection in comics. 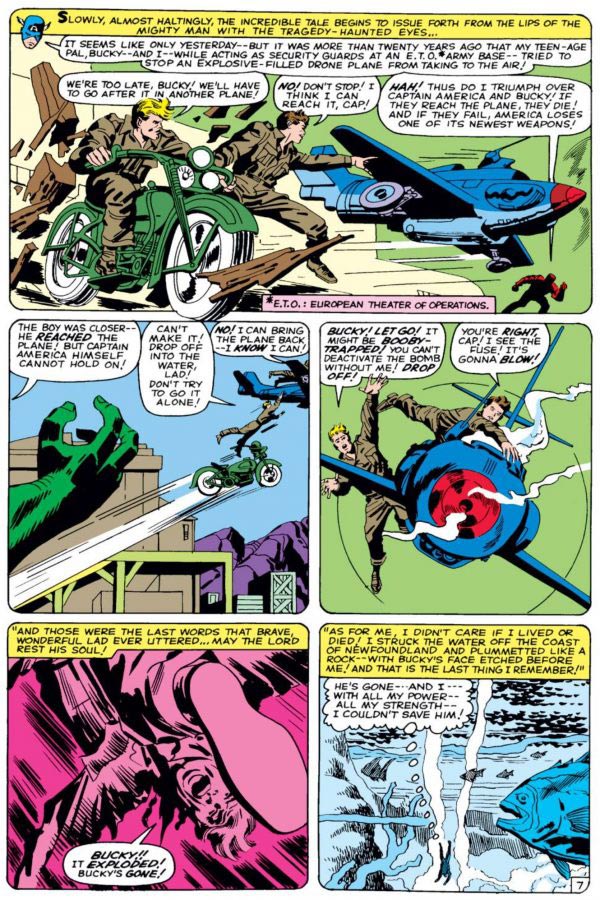 If, as I talked about in my previous column, readers can agree then that comic mythology helps address problems and to find answers, even cathartic ones, then what power does the death of these characters give their stories?

To be very direct, Western culture has extremely close ties to themes of resurrection in our more accessible religious and mythological texts. I am not saying that all resurrected heroes are Christ, but the idea of a hero who dies and returns is not something unfamiliar to Americans and those who have been immersed in cultural traditions which embrace these beliefs and stories. There is something comforting and familiar about knowing, believing even, that the touch of death will not and cannot stop justice, virtue, heroism and all the good things comic heroes can stand for.

Superman, for example, is comforting and reassuring precisely because he is a mythic character who has constantly been adapted to be stronger than whatever dark, horrible things writers can conceive of. If the worst thing a writer can envision is a traumatic, violent death, then it is important that Superman came back from it. There are those who love and adore heroes precisely because they cannot, nay will not, stay down. 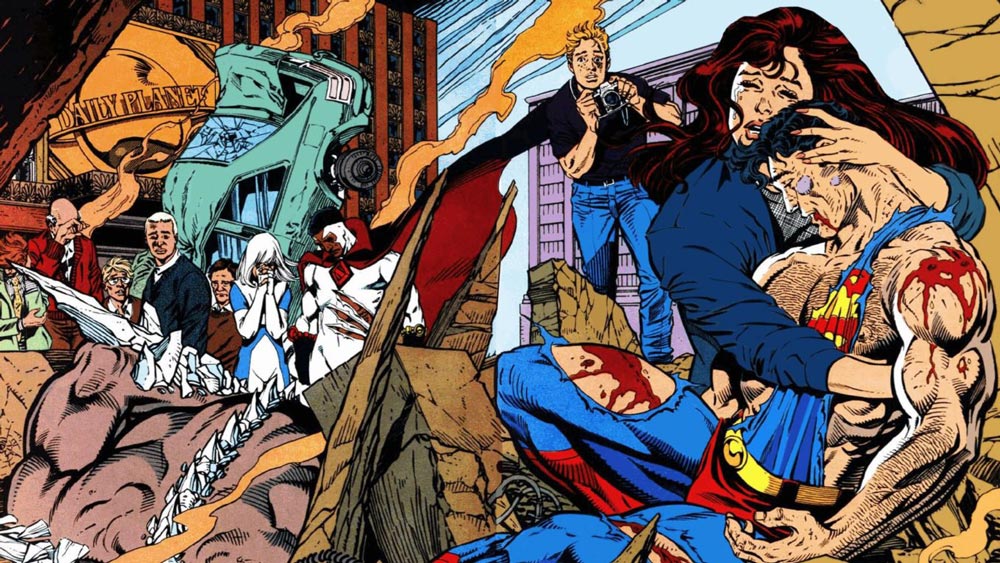 I think Captain America has been a character that has proven valuable enough to bring back into our culture twice after ‘death,’ once in the 1960s and then again after the Civil War event.

When the Thor comic was under the direction of J. Michael Straczynski, something interesting occurrence that I wanted to highlight as a kind of ‘conclusion’ note to my previous articles. So, what does Thor do that is so interesting? In Thor #11, the God of Thunder summons the spirit of Captain America after he had died.

While Captain America has faked his own death multiple times, Thor #11 is a fascinating glimpse into an odd moment within comics that hasn’t every really been explained as to ‘how’ it occurred. Thor, having recently returned to life after the events of Ragnarock, finds he was gone when Steve Rogers was killed in the aftermath of the Civil War event.

Thor, summoning the spirit of Steve, talks with a shade who speaks as to Steve’s state of mind now that he was removed from the world. Obviously, Steve would be revealed to not actually have died at all (time shenanigans ensued), but the conversation between Thor and the ‘spirit’ of Steve was a poignant and moving moment. Cap says as follows:

All my life, I fought to become a symbol of all the things that were right about this country, and all the things I loved. And now, they’re trying to turn what symbol into whatever’s most convenient, whatever will best serve the political agenda of one side or another. I can hear them talking nonstop … the media, the press … They don’t understand. It was never about politics. It was never about me. It was about the country. It was always about the country. But, they can’t hear the truth above their own voices.

So, does the ‘return’ of Steve negate or hurt the sentiment and impact of Thor and Cap’s conversation? 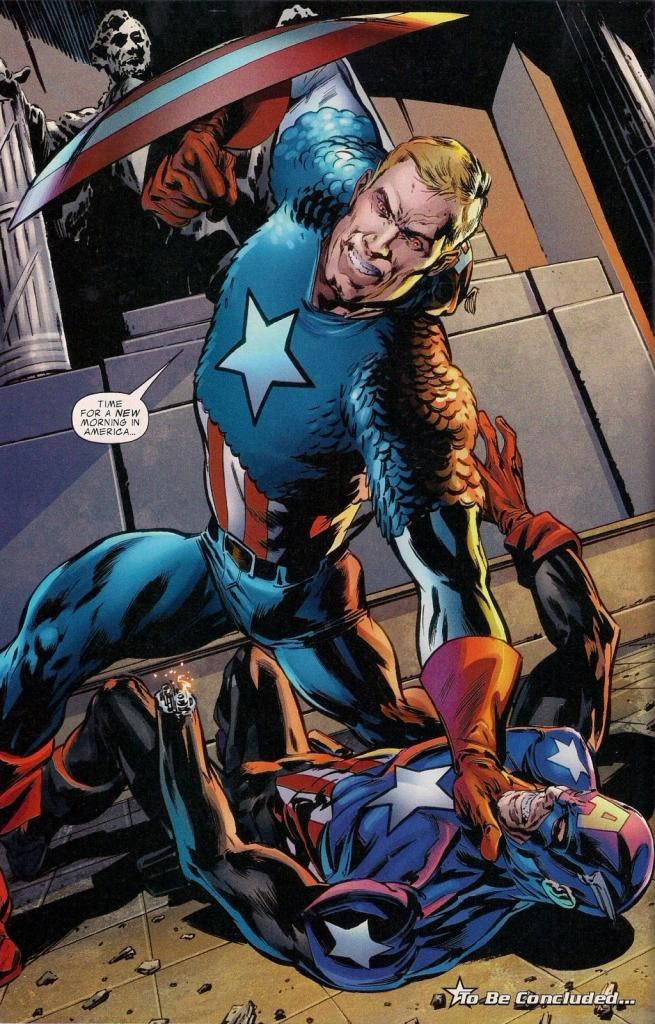 My take is that, like Steve says, he fought to become a symbol, something more than just the flesh and blood aspects of his mortal form. In that spirit, I would say it is odd to ‘want’ a symbol like Steve to stay gone if his return can subsequently be as impactful as his death.

Comic characters are probably the only medium of character for whom life and death can both be insightful. The ‘spirit’ Thor spoke with allowed an insight into Cap as, at the time, Straczynski saw and understood him. The importance of what writers bring to these ‘mythic’ characters is that they can empower the voices and actions of these characters to ‘say’ and ‘perform’ actions through which we can empathize with them.

Think about the Thor/Cap conversation. While it is true that readers might want to look ahead to the future, to lament that they (or, we) ‘know’ Steve isn’t dead, thus the conversation is meaningless, I would offer a different suggestion.

Consider the writer when sacrifices and resurrections occur, as well as the context.

Does the writer seem to be honoring or harming the ‘symbol’ they get momentary, mutable access to? When these characters are entrusted to the whims and plans of certain writers, how are they handled? Sometimes writers are very clear that might kill a character for superficial reasons (“I never liked that character”) or sometimes it is because the act is symbolic.

Here is an excerpt from an ABC News report that was released back in 2007 after Steve died:

The task of asking readers to care about Steve, as opposed to Captain America, was a possibly tough task to take on without Steve’s death, some could say. History has shown that Brubaker and Buckley’s choice to kill Steve and eventually to bring him back was the catalyst for Bucky/Winter Solider eventually taking up the mantle of Captain America, one of the best stories in the mythos of the character.

Ultimately, Steve is a strange case of a character who is not traditionally god-like, as opposed to Superman or Thor, yet whose death and resurrection have proven fertile ground for some incredible stories. The death of any Captain America ultimately proves catalysts for stories about who succeeds him and in what manner that mantle is respected.

Think about the comic characters you do have passion for, whose stories you return to again and again.

If any of those characters have ever died, consider thinking about the singular issue or story where that act or sacrifice occurred. Was it heroic? Was it meaningless to the narrative but impactful to you? 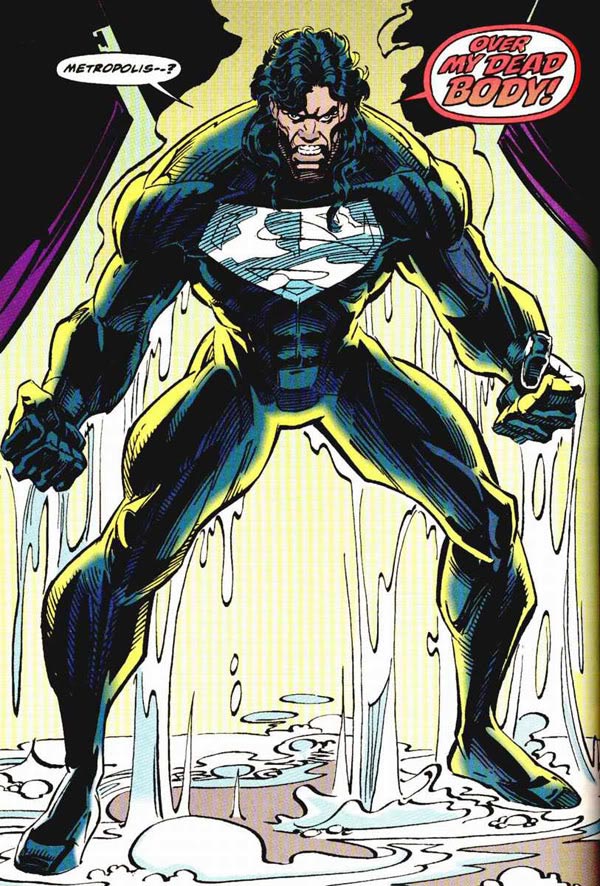 Consider pausing your awareness of meta-knowledge about ‘comic,’ i.e. if you know that character will come back in time. If that story was indeed ‘the last’ story for that character, would it be worth it? Would you now, in the present, only accept that story because you know it was fleeting?

For myself, I often return to that conversation between Thor and Steve’s spirit. That moment is possibly one of the only times in comics where I believe I could say a death was important enough, and followed through on well enough, that it could serve as a fitting ‘goodbye’ that I could accept as ‘the last’ Captain America story.

Fortunately for myself and others, there have been plenty of other stories with Steve Rogers as Captain America. While I saw a lot of flaws with Captain America #700, it was ironically Steve’s sacrifice that proved the best moment of the comic itself. I am also extremely excited for the eventual release of Captain America Volume 9, Issue #1. It is written by the phenomenal Ta-Nehisi Coates and drawn by Leinil Francis Yu.

NEXT COLUMN, I will finally explore the comic works of author Kazuo Koike!