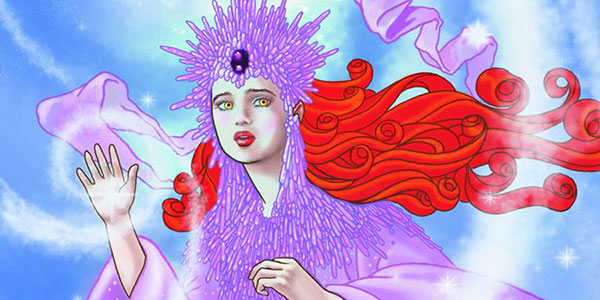 It’s almost a clean sweep this week by Image Comics on MOM’S COVER WATCH for April 24, 2013. However, as the Mother of All Comics, Jessica Boyd, shows us, there’s always a little room for misfits on the list as well.

It’s been six years since A Distant Soil had a new issue, and this is a breathtaking way to be back.

The swirls around the hand create the perfect initial focal point for the eye. The red hair then takes the viewer across the page and leading down into her flowing garments.

The blue and pink work together and strike a balance while her hair pops and creates a unique contrast with the highlights of gold throughout.

The fantastical feel of this space epic has been set up before you even open to the first page, both for the new and returning reader. 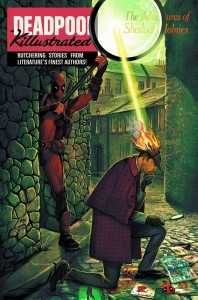 This series has done a great job both in words and in art to pay homage to their… do we call them roots…or victims?

Each cover has reflected the art styles of much popular novel art used on the covers of the great literature Deadpool is killing off. Here it takes a twist. Since the original Sherlock Holmes novels did not brandish cover art, it instead uses the pulp covers created for the children’s editions, such as the Great Illustrated Classics lines. 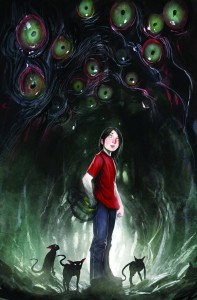 Hope is highlighted in a forest of darkness surrounded by animals and anything else hiding. They eyes in the trees are given a glow from a light green shading. Their eerie appearance is highlighted with a rim of pink lids.

This creepy environment is in complete opposition to Hope’s appearance. Her red shirt and blue pants are like a shining beckon against the blackness of the surrounding forest.

The backdrop might look menacing but considering Hope’s parents, perhaps it is the forest that should be afraid. 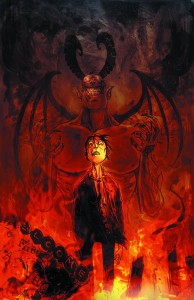 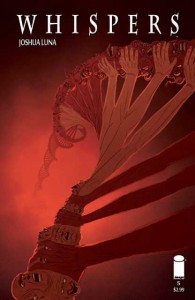 It’s a double dose of devilish fun with these Image titles. They’re subject matter is the same and even their color palettes drawn from the pink and red areas of the color wheel. However, their terrifying similarities end there.

While both books deal with the subject of hell and the devil, the covers alone speak to their different approaches. Luna’s clean lines twist into this double helix of horror. Meanwhile, Templesmith’s cover has more of a rough feel with all of the colors bleeding together. Both are beautiful to look at.