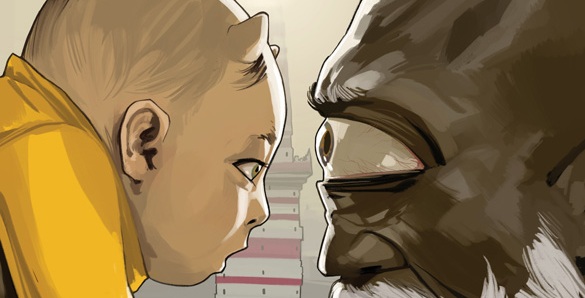 Powerful female heroes, powerful artists and ponies! Please, it’s all the “p”s you need as the parental unit of all comics properly ponders covers for the week of August 14, 2013. 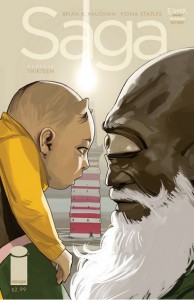 A baby and a cyclops walk into an interstellar war… because we have yet to see a real bar in Saga (yet!) This latest issue not only prominently features the new character introduced in its pages, but the girl of the hour, Hazel.

This is the first cover to feature the book’s narrator (not counting the face covered opening issue), she’s a cutie! Fiona Staples’ attention to light and shadow as a way to create texture and detail is once again stunning. The colors look simple, but are actually complex and vary with their shading.  This massive detail looks effortless and is what makes Staples art so alluring. 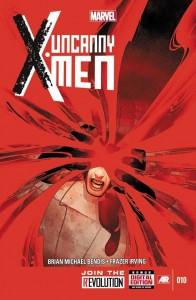 Red and black. It’s a classic combination that almost guarantees you a spot on this list. So much so, that I’ve started avoiding covers with red and black because they seemed to blanket the summer shelves for awhile.

However, Frazer Irving’s work here takes it to the next level. Instead of showing Cyclops’ profile, with his beam going off to the side, Irving has placed us in the middle of the power. The windows to his surroundings, like the power is almost liquid and flowing creates a softer yet more ominous feeling than previous images of hard hitting rays. 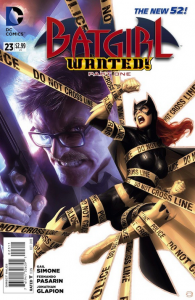 So, when does the new Batgirl video game come out?… Wait, there isn’t… but I assumed, this cover… it looks…

That’s just how good Alex Garner is. His hyper realistic covers can sometimes have female characters in awkward positions, however, here Barbara Gordon’s metaphorical struggle to avoid her father’s revenge fueled hunt for Batgirl is laid out like a video game cover. The combination of a Jim Gordon highlighted by flood lights and the stark white space creates a dynamic image. 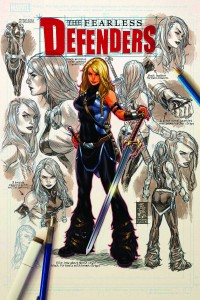 There is nothing fearful in this cover that just lays it all out there: Valkyrie’s new costume. Mark Brooks has been doing an amazing job with these images in creating the hyper realistic touches that make them more than just simple comic covers.

In this case, it’s the drawing instruments that are laid over the image. That, along with pencils and inks in separate areas, the drafting marks on the masthead and the notes scrolled in the margins make this cover is breaking the fourth wall just as the action figure cover did, but in the most informative way possible. 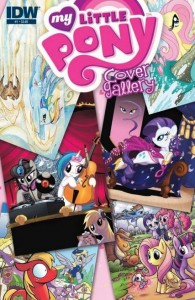 You really thought this one wouldn’t make it?!

It’s a book about covers.

It’s a cover about covers.