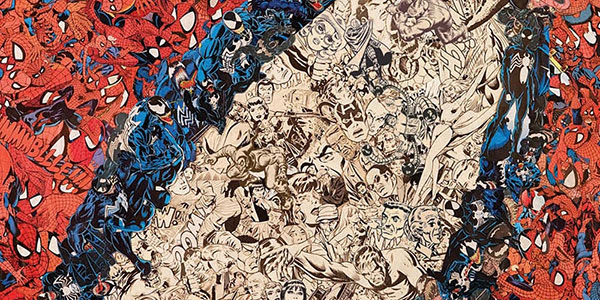 While the mother of all comics, Jessica Boyd, catches up on her back reading this week, that doesn’t mean there aren’t covers for you to appreciate this holiday week. Below are three of the best covers for the week of December 26, 2012. Why only three? Well, it might be due to the fact that there were only 17 books that came out this week. 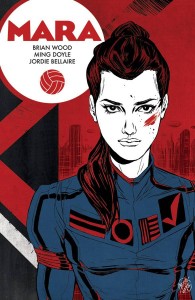 If this cover looks like the Hunger Games meets superheroes, congratulations! You’ve just pinpointed the exact feeling of the book, at least according to the solicit summary.

This is another book that looks to straddle the line between cliché and brilliance.

The cover, on the other hand, is close to brilliance.

The proportions on her torso are somewhat narrow and odd. However, it’s the face that draws a person in and does not let go. Plus, the lack of color there helps to focus on her face and eyes (not to mention the title!) 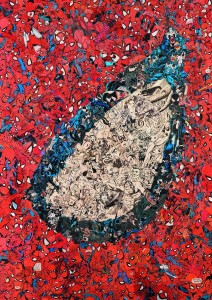 This brilliant collage by Pascal Garcin combines Spider-man, his alter ego Peter Parker, the symbiote, Venom, as well as the whole cast and crew of Amazing Spider-man into a masterful close-up.

The cover has been released for some time, but no digital image, released so far, will probably do justice to seeing this image and the full cover of the 52 page last edition in person.

No matter what  you’ve heard, read or experienced yourself about the story inside, the cover is immediately iconic because of its massive detail. 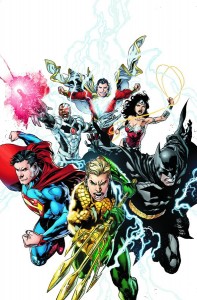 He’s on the cover as part of the Justice League team. To be upfront, I’m not sure how in the world that will work out in this issue, since Billy nor Shazam has had any interaction with the Justice League yet. As we gear up for part one of the “Throne of Atlantis” storyline, and Billy still deals with his back up story (meeting Black Adam) the cover feels slightly lead astray.

At least when Shazam was on Justice League covers before, he was by himself.

Now, here, it looks like he is officially part of the team. However, I will not believe it until I read it.

Of course, that doesn’t mean you shouldn’t try to get this awesome assembled team drawing in poster format! Looking forward to the new look and art team for this book.