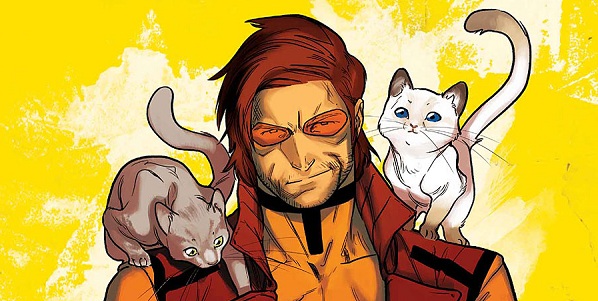 The mother of all comics has a little bit of darkness and a whole lot of color as she samples from multiple publishers to find some of the best covers for the week of February 12, 2014. 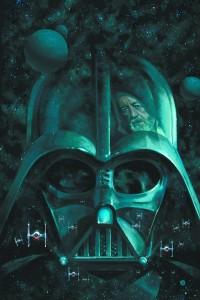 The darkness of space and the power of the darkside collide in a montage of grace and frightening proportions. There are TIE-Fighters dotting the bottom of the page, in a wave that is coming in a battle formation. Planets loom in the background as stars dot the galaxy and Obi-Wan Kenobi’s reflection haunts Darth Vadar.

Black and White and flames all over.

Here is a new arc with a seemingly dangerous femme-fatale gracing the cover.Your eye reads through the masthead and is quickly drawn back diagonally across the page allowing a natural flow to take it all in. The black, white and grey color work help to provide a gorgeous backdrop that help you center your attention of the colorful flames bursting forth from her glasses.

Kevin Wada has made a name through creating masterpieces of superheroes in brand-name clothing. Now, he steps up the game with a fashionista bursting forth in the form of She-Hulk. With the outlines of her classic pose cut away and her non-superhero life bursting forth, this cover a beautiful metaphor for the story-within. 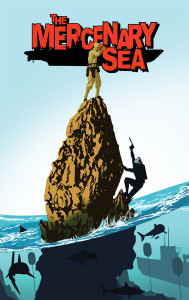 You never know what lays just below the water… or in this case your feet. It’s a dynamic combination of color and layout that brings your eye straight down to see just what is happening down below. The rock formation and lookout blend together to help create a seamless transition between masthead and the rest of the image. The melding of shadow and blue sea help to hide what’s happening a little bit so that you quickly do a double take. It’s a simple looking concept that had lots of detail worked into the final product. 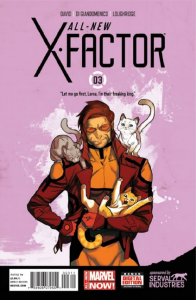 Gambit is hot, kitties are precious. Fletcher & Anka have hit the internet fan-base in it’s soft-spot. Plus, have you seen the Serval Industries website?