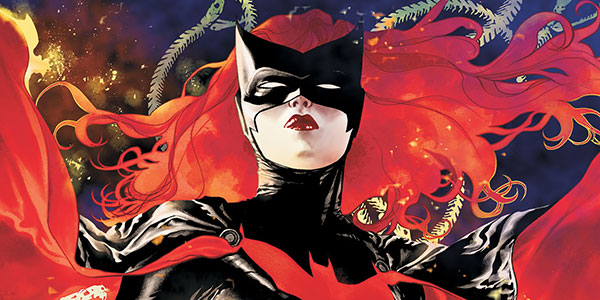 Mom returns for another round of covers — horrifying, heroic, happy* and hilarious. * happiness may not be included. 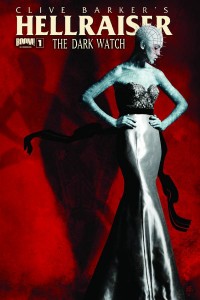 Has there ever been a cover that is so elegantly horrifying?

I have to admit that, despite my love of horror, I know nothing of the Hellraiser franchise, be it comic or movie. I think it has to do something with a shot hitting the bone of my bicep… my humerus, which I did not find humorous (rim-shot).

To be honest, Pinhead terrified me as a child. Despite blatantly laughing until my stomach-ache hurt at Freddy Kruger, I dared not be trivial with the man who had nothing but hellborn pins coming out of his head.

Now, this storyline is about the world learning that hell is real. So not only is the high contrast, dark toned cover showing elegance with the evening gowned hell-maiden, but the storyline seems more elegant as well.

Something worth looking into, whether you have the background knowledge or not. 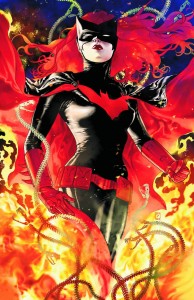 This is J.H. Williams at what he does best: BATWOMAN!

No matter the story, not matter what is happening in Kane’s life, Williams knows how to make a girl look her best.

What he does so well is making her look attractive without being exploitative. Proportional, attractive, powerful, and someone you do not cross.

The use of color on this cover cannot be overlooked either. It is amazing. Be it Medusa’s snakes burning or the skeletons coiling into the sky. If it wasn’t for Kane’s central, eye-catching position, looking at the background would make you wonder if you were look at a breath-taking horror comic piece. 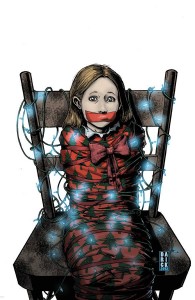 However, the art does not help make it any more happy. So, why does Darick Robertson have to do such a good job with it?!

The stark background, the holiday decorated chair and the terrified looking child. I just want to immediately unwrap her and make sure she’s fine.

Well, bravo. I have a new level of real-life horror in my dreams that only blue Pegacorns can cure. 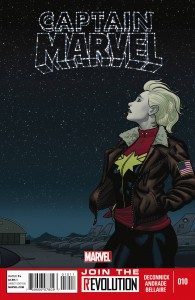 Does Captain Marvel look like she’s in pain on this cover? Yes? Good, she should.

It’s that look of pain, along with Quinones flawless outlines of Carol Danvers, that make me love this cover. The beautiful star field contrasting against her primary color uniform does not hurt either.

This issue covers Danvers’ troubles with being grounded (both in planes and superpowers) after a shocking discovery revealed at the end of the previous issue.

Once again,  you have a great artist showing a powerful, proportional and attractive female superhero. 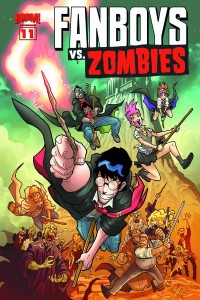 Let’s set the serious aside and remember what comics are about in the end: fun.

Every month Fanboys Vs. Zombies spoofs a famous sci-fi and fantasy genre movie.

Once you know the character involved in the story, it makes it even more enjoyable.

Between Jaws, Back to the Future, and Escape From L.A. there have been some great covers lately. Things that are almost never addressed in the books themselves, except for a potential movie quote or reference, become a great focus of attention.

This month, Stanton and Gaylord take on Harry Potter. It is genuine fun, both to look at and to read.