It’s New Comic Book Day and with this glorious day comes a slew of new covers to feast your eyes upon. Dig in, good stuff awaits you! 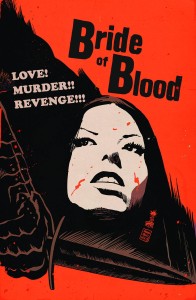 A 1970s beauty splashed with blood, held at knife point and creating a classic visage of a Francavilla cover. These Grindhouse covers have done an excellent job of invoking the very themes that the movies played into. It’s a great set-up for a classic revenge tale that takes grindhouse horrors and turns the would-be female victims into powerhouses that cannot be defeated.

Seriously, look in her eyes. Does she look scared to you? I didn’t think so. 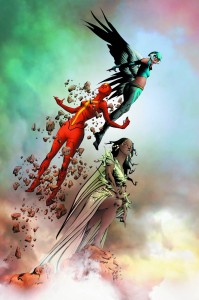 The ladies three of power on Earth 2, through the colorful eyes of Jae Lee. Hawkgirl, Lois and “Aquawoman” (she doesn’t like to be called that,) are all beautifully rendered. Lately Lee’s cover figures have been placed against a sea of solid color backgrounds. However here, they are enhanced through being placed on a mountain top and a rainbow tinged clouded sky. The image becomes even more striking, setting it apart from Lee’s Batman/Superman or Phantom Stranger covers. 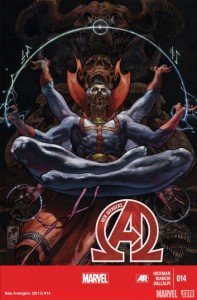 In a strange take on Dr. Strange, Bianchi invokes the look of a multi-armed deity with a background littered with overtly seen as well as hidden skulls. The black and red are over taken by the blue of his uniform and the symbols going across the top of the page. The symmetry created in by the good Dr. Strange’s pose and the objects around him is reflective of the masthead, moved to the bottom.

The traditional cover of this new series is beautiful, however the variant covers are just as fun. McKelvie deconstructs the design choices and ideas for the new Ms. Marvel’s uniform highlighting details, in a similar fashion that Fearless Defenders did with Valkyrie’s redesign last year. Arthur Adam’s variant, while giving Kamala Khan a more traditional superhero pose and look, has her with a highlighted background of her inspiration, Captain Marvel. Both have a youth and confidence in the book that will hopefully translate to sales.