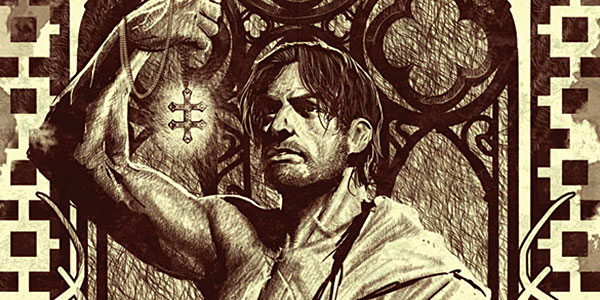 Last week, the Mother of All Comics stuck with the Big Two publishers. This week, Jessica Boyd is leaving the highway and taking some side roads to show you the best covers for the week of January 9, 2013. 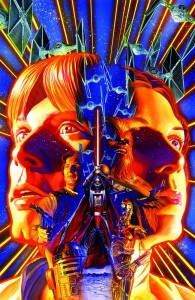 Just looking at the cover should explain it all.

Once again, legend Alex Ross (Kingdom Come artist) has taken our collective childhood loves and turned them into a stunning and eye-catching masterpiece. The shading of twins Luke and Leia with an orange, golden glow in contrast to their father’s, shall we call it, “dark side” is great. TIE fighters are nestled in between and a collage of beloved supporting cast members have also been worked in.

While I do find it interesting that Han Solo looks almost nothing like Harrison Ford, I do not begrudge the artist something that was probably taken out of his hands before he ever began the cover. 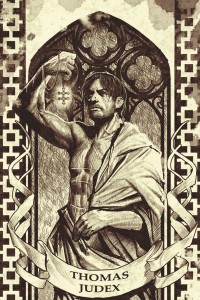 What can I say? I’m a sucker for apparent simplicity, despite the fact that this cover is anything but simple.

This week’s Artifacts looks like a woodcut or etching. The monotone color, hashed background, and clean pattern mixed with the almost rough pencil lines come together to make something truly unique.

I’ve been upfront about the fact that I do not read this book, because I want to start from the beginning and just have not had time. However, this cover creates an inviting, mysterious setting the beckons the reader to open up to the pages inside. 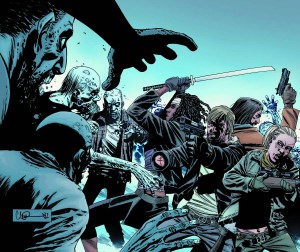 Here is the first of two wraparound covers chosen for this week. The storyline in the current arc of The Walking Dead has been at a simmer for far too long. Not that it hasn’t been interesting; it’s been fantastic!

The all-out attack on a zombie horde going across the cover brings about a feeling of climatic certainty.

It doesn’t hurt that Cliff Rathburn’s colors bring about a feeling of dread. Cool blues are being used for the zombies as well as the sky above, and contrasted with the survivors. You’re not sure if it’s a welcomed dawn of a new beginning or the nighttime setting in (literally and metaphorically) for the group. With the way the story is going, I’d bet on the latter. 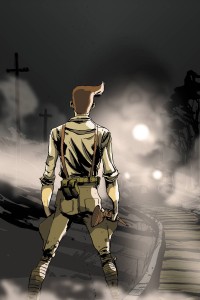 Alright, I’m biased. This book is one of my favorite reads right now. Perhaps that makes me biased toward this cover.

Peter is backlit by an oncoming train. Stopping a speeding train is in the solicit as well as the cover, so I don’t think saying that much gives anything away.

The glow of the train, the almost political cartoon caricature style of the hair and pants, along with the focusing all the brighter and vivid colors on Peter tell the eye exactly where to look.

The way the train is obscured and coming down the tracks with fog rolling through creates a feeling of depth that is not always present in cover. It is a beautiful sight. 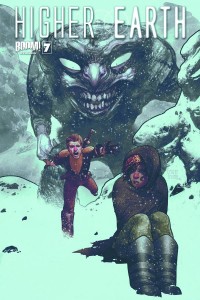 It’s the moment you look at a cover and immediately regret not keeping up with reading the book.

That’s what I had the first time I saw the cover to Higher Earth #7.

If you’re not familiar with it, the series is about a group that illegally jumps between Earths, timelines, dimensions… you choose what you want to call it. Needless to say, they run into some unusual situations along the way.

The cover of this latest issue shows you just how creative this book can be. That’s what I love about it. The creepy creature smiling down on our heroes who are struggling to survive. It’s the type of face you’d almost expect to see hiding under your bed or in the closet, as a child.

Great. Now I’ll have that sticking with me the rest of the evening.