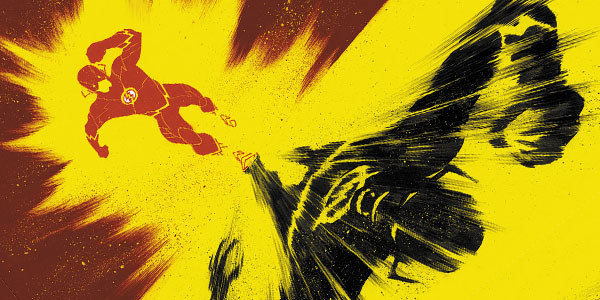 The mother of all comics, Jessica Boyd feels like going out on a lark this week and picking covers that she just finds are pure fun in this week’s MOM’S COVER WATCH. 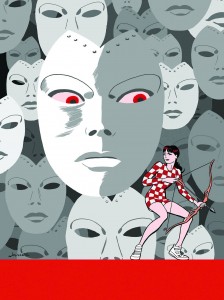 Javier Pulido is putting his own touch on the Hawkeye franchise. Previously, the books have sported negative space covers, stylized almost like a diagram or instruction manual. Lately, other artists have been given a chance to put their stamp on the book. What makes Pulido’s cover so great is that it seems to combine features found in the book and previous covers to create something new. The final product is almost a 60’s mod style combined with the abstract masks taking up the majority of the page. 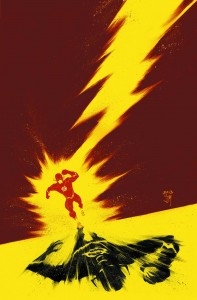 A single bolt of lightning.

There is not much needed here to make a make the cover,  however, Manapul takes it that extra step with his use of color and lines to create motion. It’s one of the things that has made his Flash covers work so well. This cover has an extra “oomph” with the single bolt of lightning that provides a balance on the upper right hand side of the page, where the two characters create a diagonal on the opposite side coming from the bottom. This balance is pleasing to the eye while creating a dynamic piece. 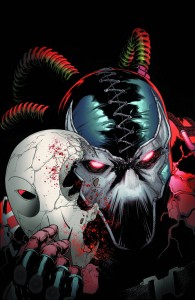 Honestly, that sentence could continue to go on listing the cracks in the mask, the details on Bane’s own mask, and so forth. It’s amazing that with Bane’s face completely covered and his eyes glowing red, it’s almost as if you can see the smug countenance that resides underneath. He knows he’s powerful and able to accomplish many things. Despite the amount of black in his mask and the black background a lot of contrast is created with the finishes used. It’s a feel-good cover that has many tiny details that add up to greatness. 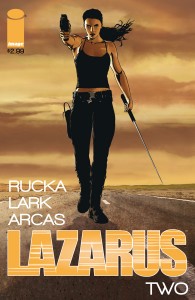 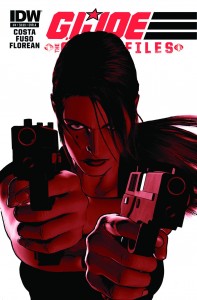 They’re similar in that their brunette women holding handguns pointed out. They reminded me of one another and I immediately knew they were both done by Michael Lark. But that is where the similarities end. They are clearly their own characters and have different facial features in each picture. The composition is different because of different zoom and panning angles. This just shows how brilliant Michael Lark is at his craft. When asked to do very similar style covers he is still able to keep them unique to each character and book. Yes, Antonio Fuso had a hand in the second cover, and that always makes a difference. No matter what, though, they are both beautiful.