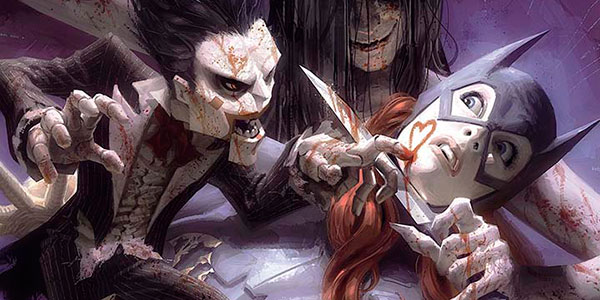 It’s a big case of dramatic, and tiny detail, covers for the big two with a splash of Dark Horse in the best covers for the week of June 12, 2013. The mother of all comics, Jessica Boyd, takes a look in this week’s MOM’S COVER WATCH. 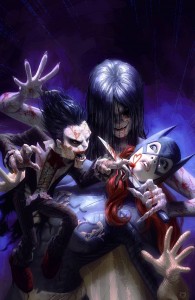 If Knightfall is the refined and hidden villain, The Ventriloquist is her polar opposite: emaciated, unkempt, horrific with masterful murder right there on the surface. All of that is conveyed in Alex Garner’s cover that has Batgirl in the corner against this string-less puppet master.

What provides such detail and depth to this cover is the use of lighting. An overhead spotlight on the hair, the shadow cast by the puppet all provide a depth and richness to the art.

It’s a detailed and refined cover for such a grotesque villain. 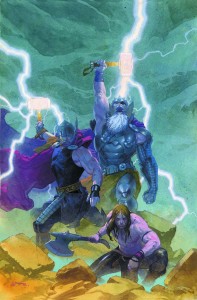 All three Thors, gracing one cover. You’ll have to be forgiving, but let’s face it, this cover is “da bomb.”

As part two of “The God Bomb” storyline continues, Ribic is given a chance to put his masterfully painted work on the cover once again. Notice how current and older Thor have the lightening crashing overhead while past Thor is left to crouch with his axe.

It’s this little detail that makes this cover stand out. It holds true to the current storyline, instead of just playing to having Thors of three time periods in one place and cover. 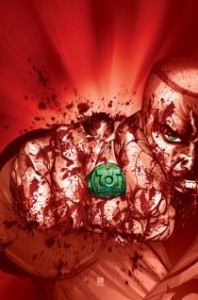 If you’ve been reading GLC, you know that Guy Gardner has been having to deal with a lot lately.

This harsh reality seems to be conveyed in a strong manner with the flood of red creating a juxtaposition for the Green Lantern ring right in the center of the cover.

However, if you look closely there is one other tiny green detail on the cover as well… his eye. It’s the tiny detail that draws you in and search the cover for more. 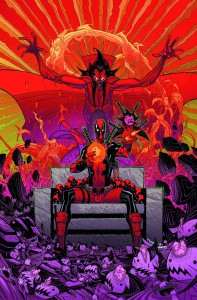 Like many Deadpool pages, Tradd Moore’s cover is filled to the brim with tiny details all over. From the red and purple division of the page to the devilish display overhead, details abound.

If you haven’t been reading Deadpool take a wild guess about whom the title character is having to deal with in this issue? Hell, you say? You would be right. It’s a time where the cover art, while taking liberties with the storyline, does a great job of telling potential readers what the big overall themes are going on inside. 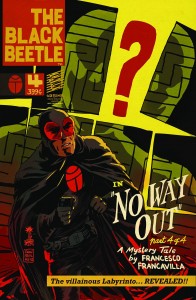 Pulp mystery cannot help but be conveyed by the little details scattered throughout this Francavilla cover.

The labyrinth filled figure is split even further by page pieces that are slowly being puzzled together, with a question mark in the middle of it all. In front of that is our hero who is figuring it all out, in the middle left location of the page, perfectly drawing the eye in and allowing exploration to happen throughout the rest of the page.

Francavilla’s classic color choice of red and black is contrasted against a yellow background and golden texts. Plus, did  you notice the shadow being cast across the piece of the labyrinth? It’s those types of tiny details that make this cover stand out… even if your brain is not sure why!