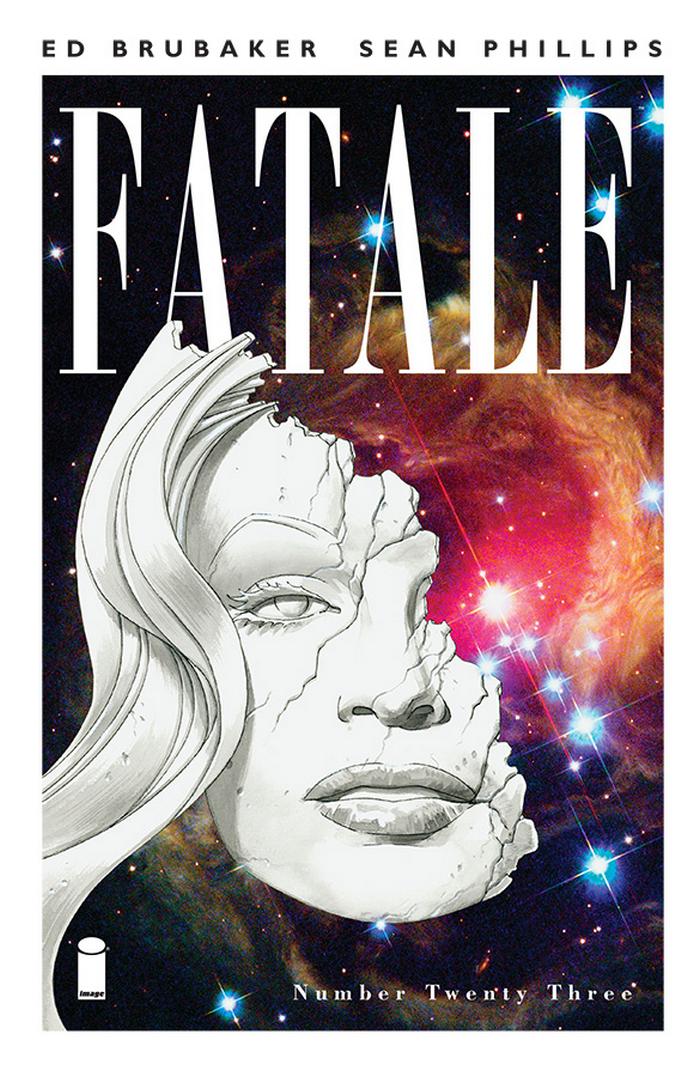 Creator owned and licensed characters steal the spotlight from the big two publishers this week with a wide variety of creative, colorful covers that just breaks the mother of all comic’s heart. Jessica Boyd takes a look at these beautiful cover pieces for the week of June 18, 2014.

Just as Brubaker plots for the universe to shatter and altered, so is the perfect porcelain image of Phillips’ femme fatale. Throughout this series Phillips has done a magnificent job of metaphorically capturing the spirit of each issue on the cover. Here it’s no different. It’s as if great marble is crumbling from being hit in battle or used in target practice. Split along the diagonal, it takes they eye down from the masthead straight across to the other side of the image. Then superimposed over a nebulous, yet soft colored universe, it conveys the grandiose happenings found on the inside. 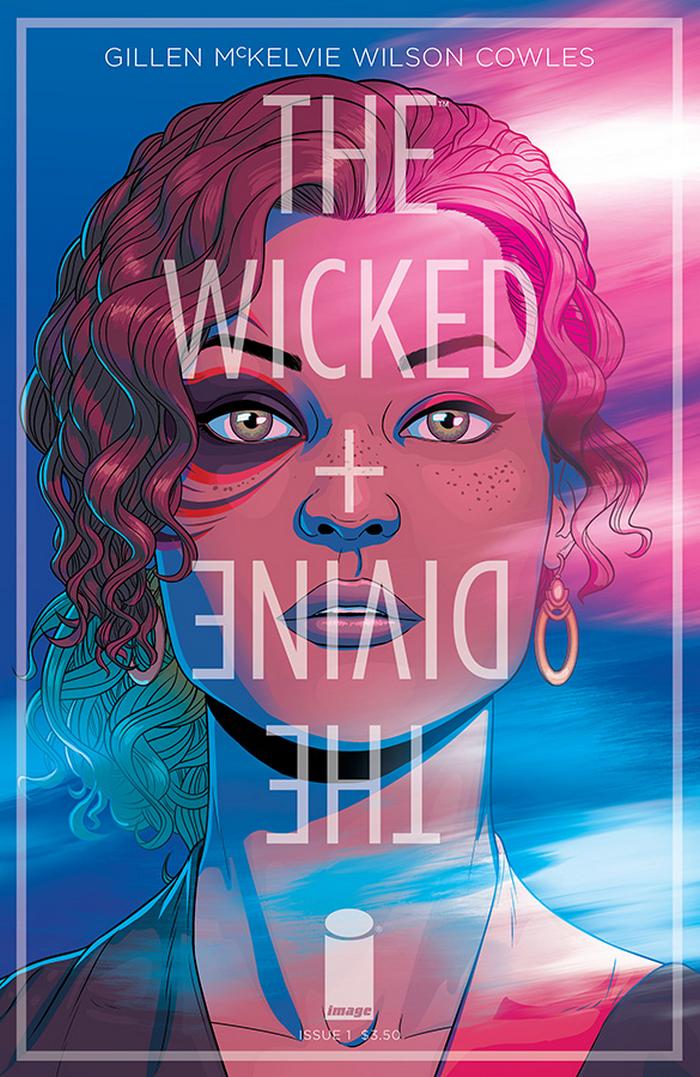 Speaking of grandiose feelings… just how do you portray gods on Earth? Here you have the juxtaposition of the fair and fine on the right verse the harsh reality of the black eye styled make-up and mussed up hair on the left. The glowing light streaming in from the companion cover that connects to this one also shines on the right while there is darkness on the left. Even her color is two different colors on each side, due to this stream of light. While looking at this cover with its companion piece seems to convey the title well, this cover stands alone is showing both the wicked and divine drama found within. 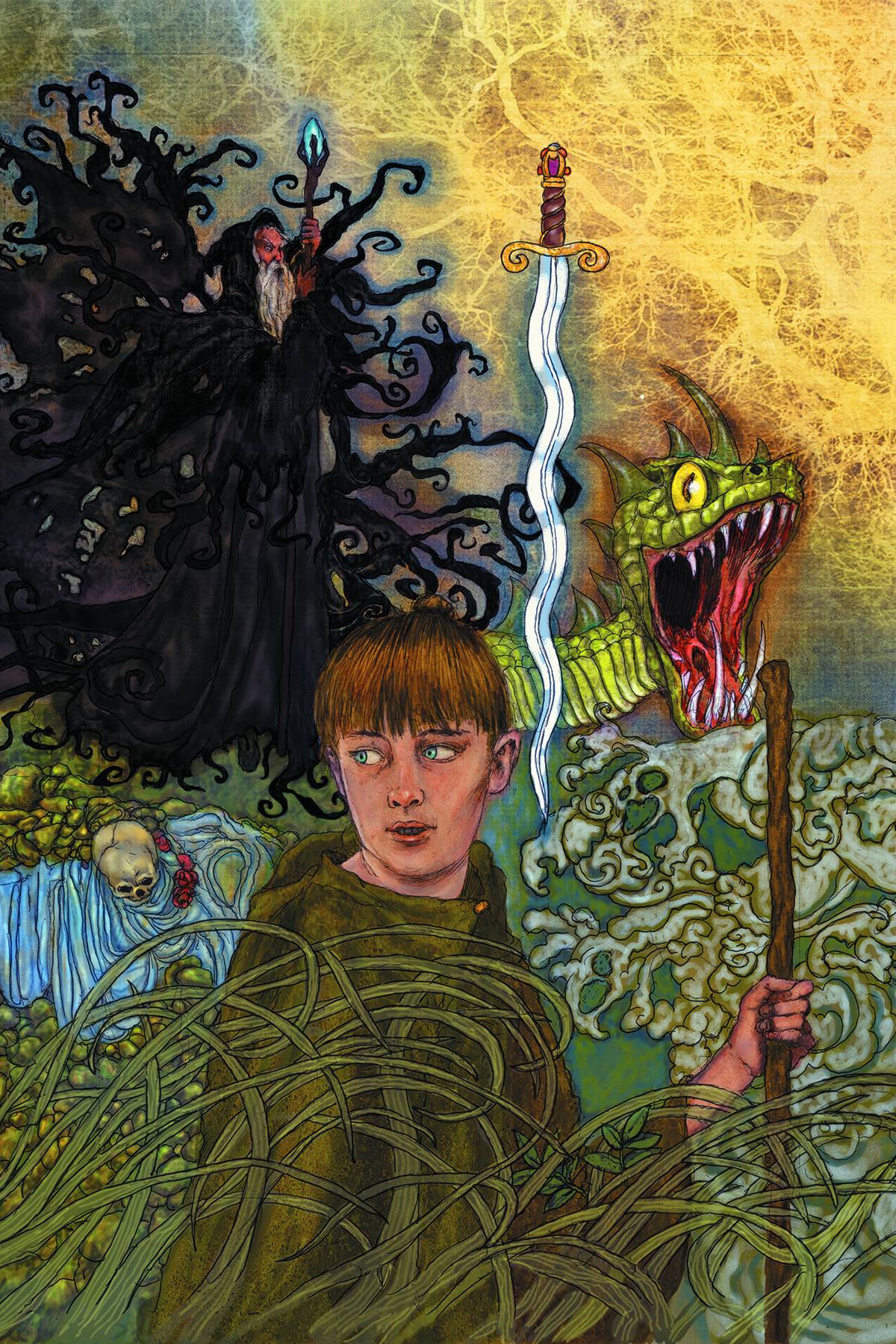 This is just beautiful art done right. The page is divided into thirds: the dark wizard in the upper left where you eye starts, it’s then draw over to the sword/dragon/fire combination on the right and settles on the earthen feel and our young hero caught in the center bottom. From there you have more subdivision in what is happening on either side, however being all shades of green is works to create a cohesive feel throughout the whole area below where the masthead goes. Those who like classic fantasy will love this book, and the cover is the first step on the amazing journey.

This cover perfectly conveys the unusual world in which Bouy finds himself living. If you’d like more explanation into just how these digital contact lens control society and people’s perception, you can check out an interview with the writers Daniel & Holt from earlier this week. In the meantime, enjoy Gowdy’s wonderful variations on the different “skins” people in this tech-dependent society find are available to them. The wide variations speak to the creativity of this series. Scenes of talking heads are given an extra layer of depth with the variations of skins as they change to match what is being said, and the action… needless to say things get exciting and interesting, just like this cover. 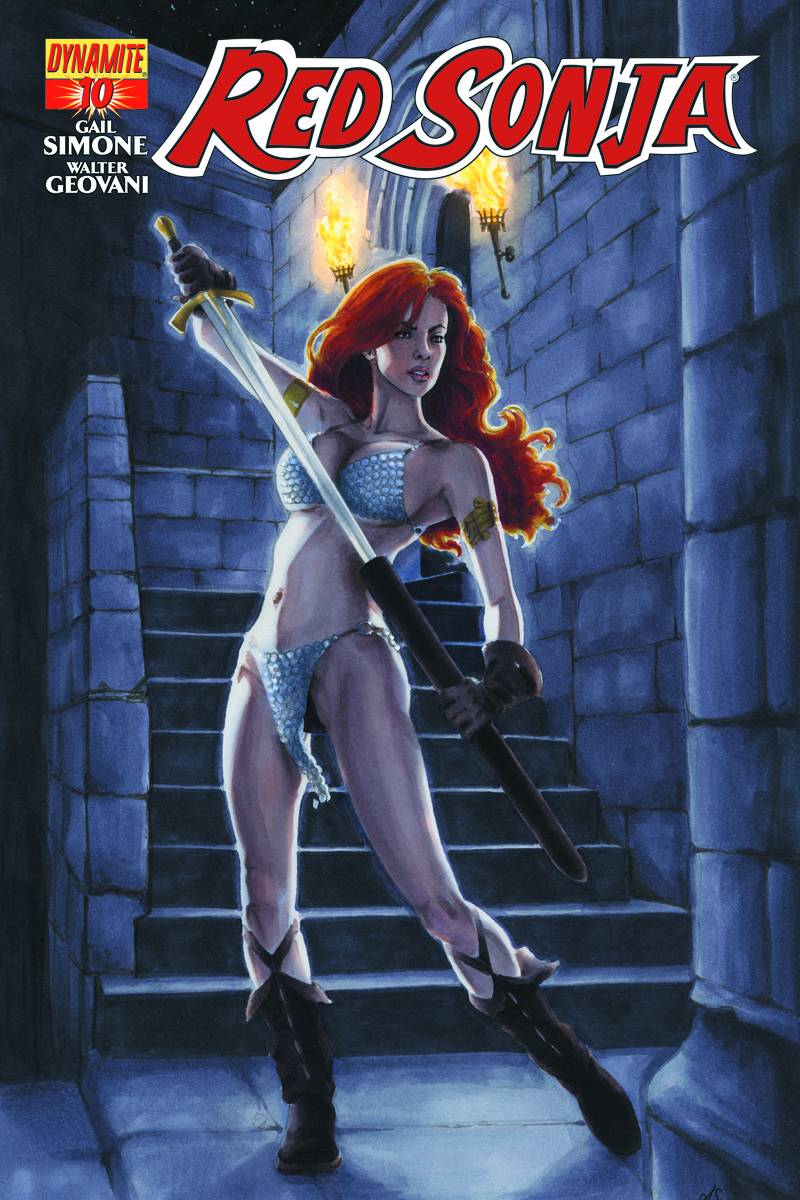 For those who travel the convention circuit they have been seeing the work of Allison Sohn for some time. Known for her realistic portraits of characters from Game of Thrones and various fantasy work, a sword wielding maiden in a metal bikini is right up her alley. Now, everyone else is getting a chance to gaze at her lovely take on Red Sonja with her first comic cover. The full body portrait creates a giant X through the page with the sword going left to right and Sonja’s body slashing across from the other direction. Drawing the sword from its sheath she twists her body with the force, red hair back-lit from the torches above. It’s a fun variant to hang on the wall.