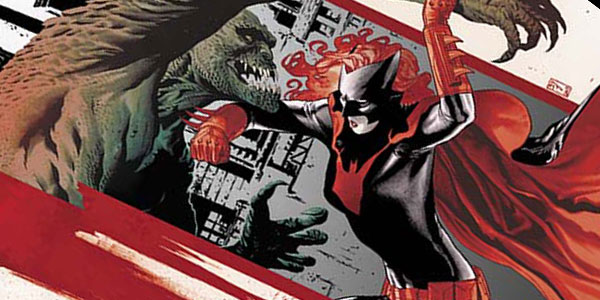 It’s a mixture of heavy hitting cover giants as the mother of all comics, Jessica Boyd, takes a look at the best covers for the week of June 19, 2013 in this week’s MOM’S COVER WATCH. 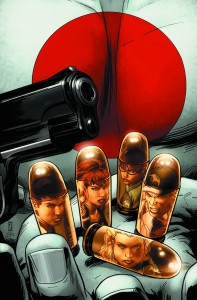 Instead of having a bullet with their names written on it, Bloodshot has the very reflection of the Renegades flashing up.

This is such a good use of Bloodshot’s iconic symbol. The white of his suit creates plenty of clean space to highlight the profile of each character in this clever manner.  It gives this crossover event cover a movie poster feeling that an event like this deserves. It also shows off Zircher’s artistic ability to include that just the right amount of detail, as he would do with many Marvel books. 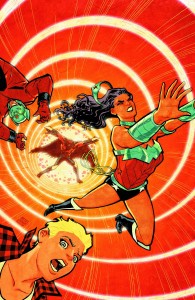 Right now Cliff Chiang is defining a look for Wonder Woman that could be argued as one of her most iconic styles. I’m not talking about the color changes in her uniform. I’m talking more about this art in the shaping of her face and styling the book itself.

The movement in this cover alone, from the characters being blown away to the lines down the tunneling circles, leading to the First Born, do not lose the clean feeling Chiang has given this run. Zora’s shocked face peeking out of the bottom corner gives this cover a charm, despite the dark happenings going down.

Also, the red tones that have been taking over these covers make a very bold statement about the warrior woman’s life and create an emotional theme connecting each of them together. 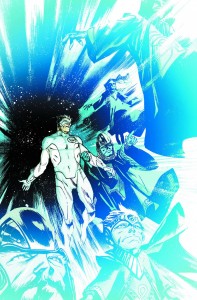 Speaking of emotional themes. The light from this White Lantern cannot be ignored in the latest edition of New Guardians. Kyle does have some new Guardians to look after and take care of, which are “shadowed” in his white light.

It conveys the story within of his journey to protect them, and keep them from what the previous Guardians became. Also, the black night sky behind sets the location as well as creates another metaphor of what he is lighting their path away from.

With all this heavy talk, it should be noted that being penned by Justin Jordan, I’m sure there is plenty of lightheartedness to be found in the pages within and enjoy! 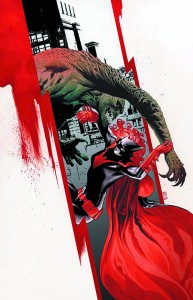 There will come a month where J.H. Williams does not steal the show and Batwoman will not be on the Cover Watch (didn’t I say that before?!) Once again this is not that month.

All of, what I’m not going to call, “classic” elements of a Batwoman cover are present here. A red line that somehow is transformed into blood (this time the border.) The use of Batwoman’s cape to create a dramatic line for the eye to follow. The villain be juxtaposed from our central figure with a contrasting color choice. The key difference here is such a broad use of negative space.

Instead of filling up the entire cover with detail and dark tones, the action comes through the middle, like a bolt of bloody lightning. This leaves stark white on either side of Killer Croc and Batwoman which gives a dramatic, and clever, presentation. 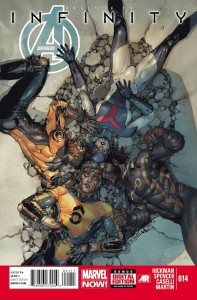 Detailed. It’s the adjective that always pops to mind when you think of Yu’s work.

Here it is no different, as four characters, which have been slowly revealed over Hickman’s Avenger’s run, are revealed to be collapsed together. The impact crater directly underneath them, almost as if they form a compass rose of bodily damage. This combined with muted colors, covered more by a shadow, creates an intriguing start in this Prelude to Infinity book.