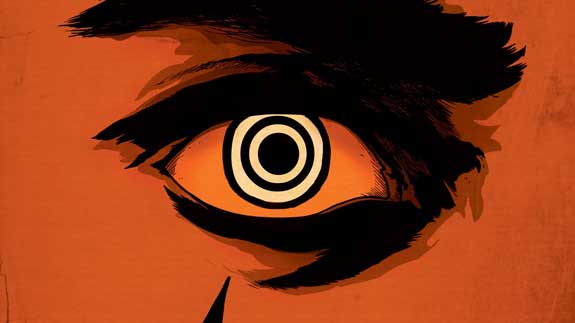 You only think you know what the mother of all comics is going to choose as the best covers of the week… and well, this week, you’re only partly right! See what Jessica Boyd has chosen as the wall worthy covers for the week of May 1, 2013. 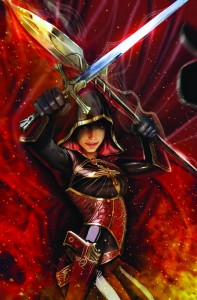 Forget what you know or do not know about this series. For this moment it doesn’t matter. Just look at this cover.

The use of red in a flowing cape being translucent against a night sky is so gentle. It combines fluidly with the hard metallic armor that has the same color palette that exudes power. I want to be her!

A sword, a spear and a gun. She’s got all of her bases covered and a two toned look that screams, “Don’t mess with me.”

Then at the bottom, just a light golden touch of magical fog that continues to set a mood and blur the borders of the picture. This is beautiful, plus she’s positioned just right to round-house kick you just to throw you off your game when  you expect her to attack with weapons. 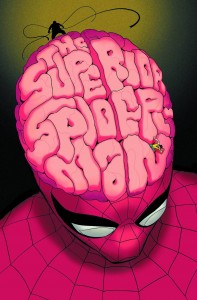 It’s the battle field of Peter’s mind. In this cover, the concept is made a bit more surreal.

In a mad combination between a Saturday morning cartoon opening and having almost a sci-fi movie poster feel, Marcos Martin has created a unique cover.

No matter the outcome or who “wins” in this issue, imagine this image the size of a wall poster. Spidey’s suit is immediately recognizable and iconic. The lettering as morphed brain matter is clever and the small Peter verse the Goliath Doc Ock, covered in shadow makes you shiver.

With all the risks Dan Slott has been taking, no one really knows who could really win. 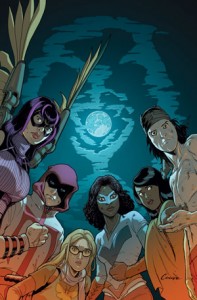 Who are these characters?

They’re a complete mystery, an unknown in a rather established universe (even if it has been rebooted).

This cover has out characters in a semi-circle perfectly framing a moon and symbol in the center that seems to act almost as a hypnotic focal point.

Amanda Conner’s art is fun, even when when it’s tone is serious, showing the uniqueness of each character.

This cover maybe more about subject matter than about unusual visuals, but little details of where characters are looking, or not looking, is fascinating and I cannot take my eyes away. 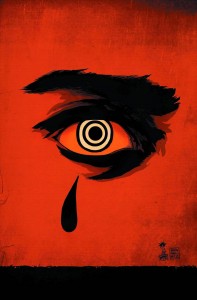 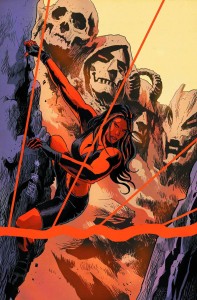 Francavilla is a work horse right now. His covers are scattered across publishers large and small and it’s you, the fan, that are reaping the beauty of it all.

There are some iconic things that continue to be in use of these covers: the high contrast between red and black, the noir feel, the sheer beauty.

However, each cover is unique in that one is a scene for your to take in (Red She-Hulk) while the other is a metaphorical close up of an eye with a bulls-eye in the center. While he may be known for specific color palette his range can been seen in these two covers alone, along with the massive amount of other work there is out there.