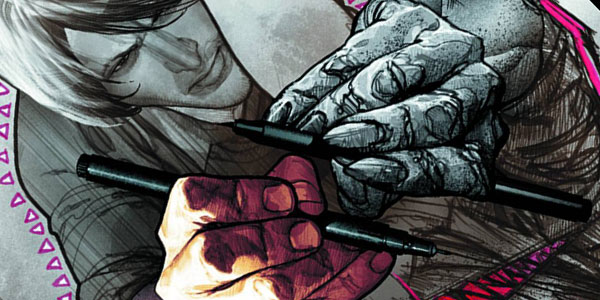 With so many books coming out this week, the mother of all comics has nothing but pure fun in finding the most beautiful covers for the week of June 5th in Mom’s Cover Watch. 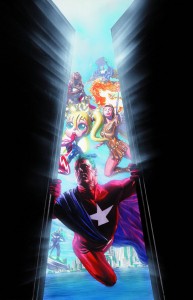 Is there anything more beautiful than an Alex Ross cover? From Kingdom Come to Masks, Ross continues to elevate hero comics to the level of breathtaking art.

The cast of Astro City, with its quirks and unusual features, appears here in a manner in which you will not often get to see. Here they appear almost like a movie poster, ready to hit the silver screen, in a classic Turner movie adventure.

The color black, on either side of the doorway, is used to focus the viewer’s eye in the middle, not a natural focal point when compared to the started left side view. However, here it helps “peek” at what is ahead for the book. 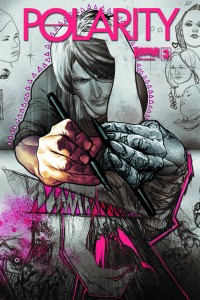 Like many great covers, this one plays off of M. C. Escher’s “Drawing Hands.”

It takes it to the next level with select areas of color, contrasting evil with good, hero with villain, man vs. illness.

For those who do not know, Bemis’ Polarity is about a man’s battle with mental illness and the medicines that restrict his superhuman powers. All of these themes are played upon in this cover, which Irving has highlighted in the most beautiful fashion.

Also, the select color palette of the single hand skin tone as well as the hot pink highlights creates a unique view not always seen in comic covers. 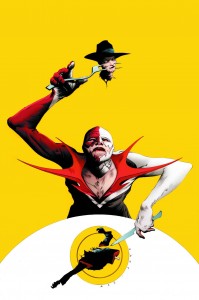 More often than not, recently, The Phantom Stranger has been seen at the mercy of many enemies on the cover within the last few months. Here, he’s served up on a plate, in representation of his arrival into hell.

Instead of using negative space around the main figures, it is used for the table. These covers, with their solid color background create a modern art, clean feeling that is different from the traditional busy comic covers throughout the years. 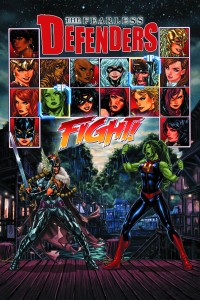 It’s the women of the Marvel Universe. 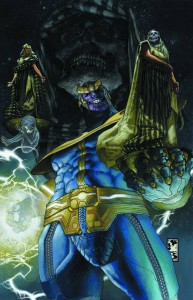 Let’s face it, every cover of Thanos Rising might end up on the Cover Watch, because it’s Simone Bianchi at his finest.

The most terrifying villain of the Marvel Universe is once again presented in darkened shadow. The origin of mass murder is not bathed in fun, and these covers seem to emphasize the serious nature of Thanos’ downward spiral into mass violence and galactic domination.

He’s Dexter… without the humor, or the empathy. Just pure villain.