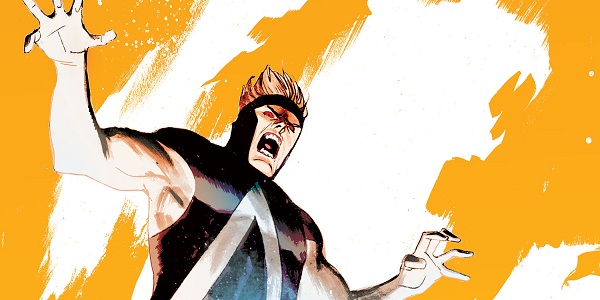 The mother of all comics takes a look at the best covers for this week and finds that it’s the strange and usual that creates the prettiest of pictures. 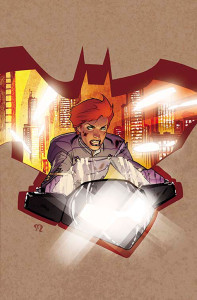 As “Zero Year” tie-ins flood the Bat-verse this month, Batwoman is left with a double hit as the new creative team jumps on board. The cover is the in talented hands of French comic artist Stéphane Roux who also tackled the HARLEY QUINN #0 variant.

His traditionally more pin-up style is tempered here by the layered affect of Batwoman falling within the tie and Bat-symbol. Keeping the background clean and stark on both covers and sticking to the book’s usually a simplistic color scheme also helps to provide a transition between the old and the new that will be more clear on the inside pages and story within. It’s a stylized take that bodes well for this new beginning. 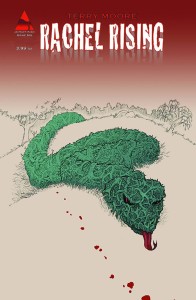 Speaking of traditional color schemes, red and green have been the colors constantly brought back around several times for RACHEL RISING. This time the darker, almost maroon shade, is used for the background, the snake/bush’s eyes and of course the drops of blood along the path.

These supernatural teases on the cover have never been literal translations of the stories within, but always hinting at plot points, developments or character appearances that can be found if sought. Considering, our reptilian friend has not played a major role for awhile, and the fact that the snake has detailed lines and shadings of a plant adds more intrigue. It’s a beautifully complex and well rendered image that is made to look simple and effortless. 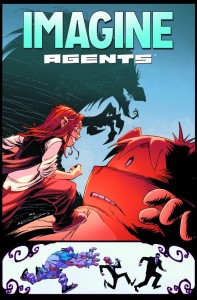 Blues and reds contrast while a stark underbelly play with your own imagination on this cover. It’s not often you have a cover so clearly subdivided in action. However, given the fact that this book takes liberties with your imaginary friends as well as enemies and fears, it’s a great portrayal of what you will find within.

Having the white background in the lower section also provides a great amount of contrast to the action happening above. This keeps the two areas from blending together too much. It is clear there is a purposeful division making the cover playful and exciting. 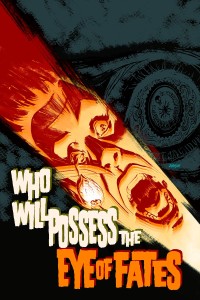 This cover is a cross between 1950s horror poster and stylized propaganda poster. With a select and purposefully limited color palette the details that go through from the upper left to the lower right of the pages. This diagonal across the page is so easy and natural for the eye to follow bringing in the great detail of the hanging eye, sharp knife and scream of horror.

In the background there is a second eye, in various shades helping to give it a more ominous feeling. The text uses the same color scheme bringing the whole page together. 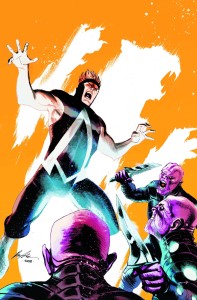 In the New 52 covers, Animal Man sometimes be portrayed as lean and at the mercy of those whom he attacks. With the harsh personal blows he has suffered his story lent itself to that portrayal easily. However, here his is strong and on the attack, surrounded by beings who could be anything from aliens to actors in make-up, considering he’s traipsing about through Hollywood.

With the clean background disrupted by image of a bear this cover screams power and energy… as well as needing to be hung on a comic art lovers wall.