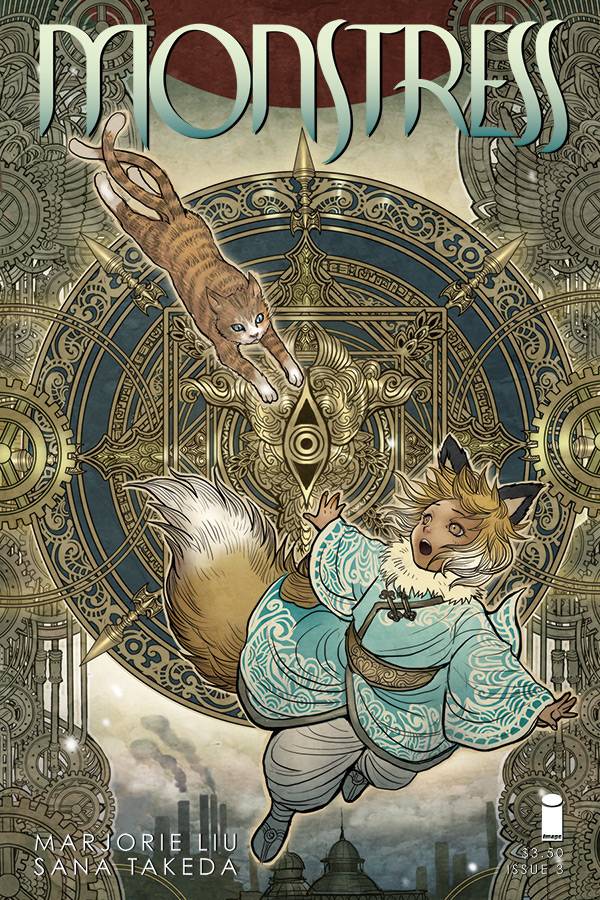 “If you want big, beautiful, terrifying, violent magic, Monstress is your next favorite comic.” —Cosmopolitan

New York Times bestselling author Marjorie Liu (Astonishing X-Men, Black Widow) and artist Sana Takeda (X-23, Ms. Marvel) have captivated fans with the launch of their dark fantasy adventure, MONSTRESS. Image Comics is pleased to announce that issue #3 is being fast-tracked for a second printing to keep up with increasing customer demand.

Steampunk meets Kaiju in MONSTRESS, an original fantasy epic for mature readers. Young Maika risks everything to control her psychic link with a monster of tremendous power, placing her in the center of a devastating war between human and otherworldly forces. In MONSTRESS #3, Maika must confront the deadly secrets that live inside her.

“A comic book with mud in its blood, unafraid to be a swirling epic as well as a ghastly dark fantasy.” —Vox.com

“Includes not only girls and giant monsters, but also world-building on a scale rare in mainstream comics.” —The Hollywood Reporter

“Filled to the brim with awesome.” —Kirkus Reviews

“This is stuff that demands to be explained and dares you to turn the page.” —The Rainbow Hub