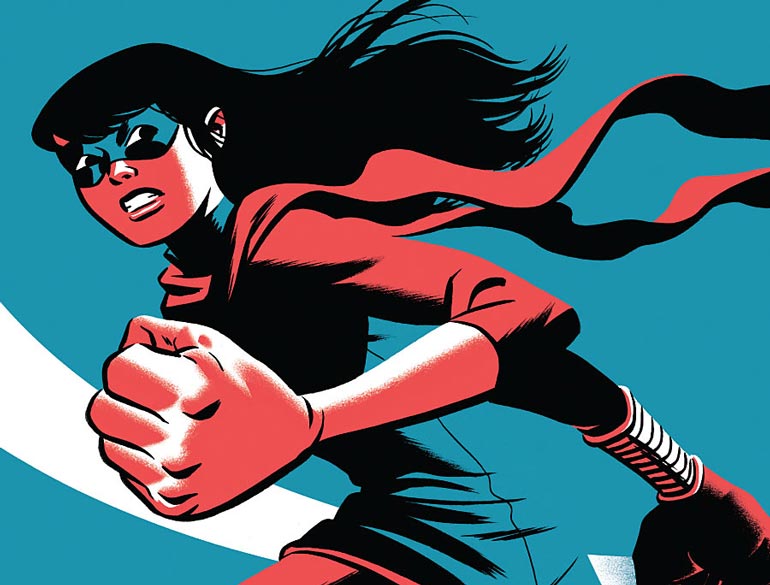 This column is the second part in a two-part series. You can find part 1 here.

So, Kamala Khan is a young character whose comic has been a big hit. So what? How has she changed anything at Marvel directly?

I believe that Kamala’s sales, sales which were fueled by Kamala’s young character and youthful appeal, proved to Marvel that they could take certain, measured risks with their characters in the future. 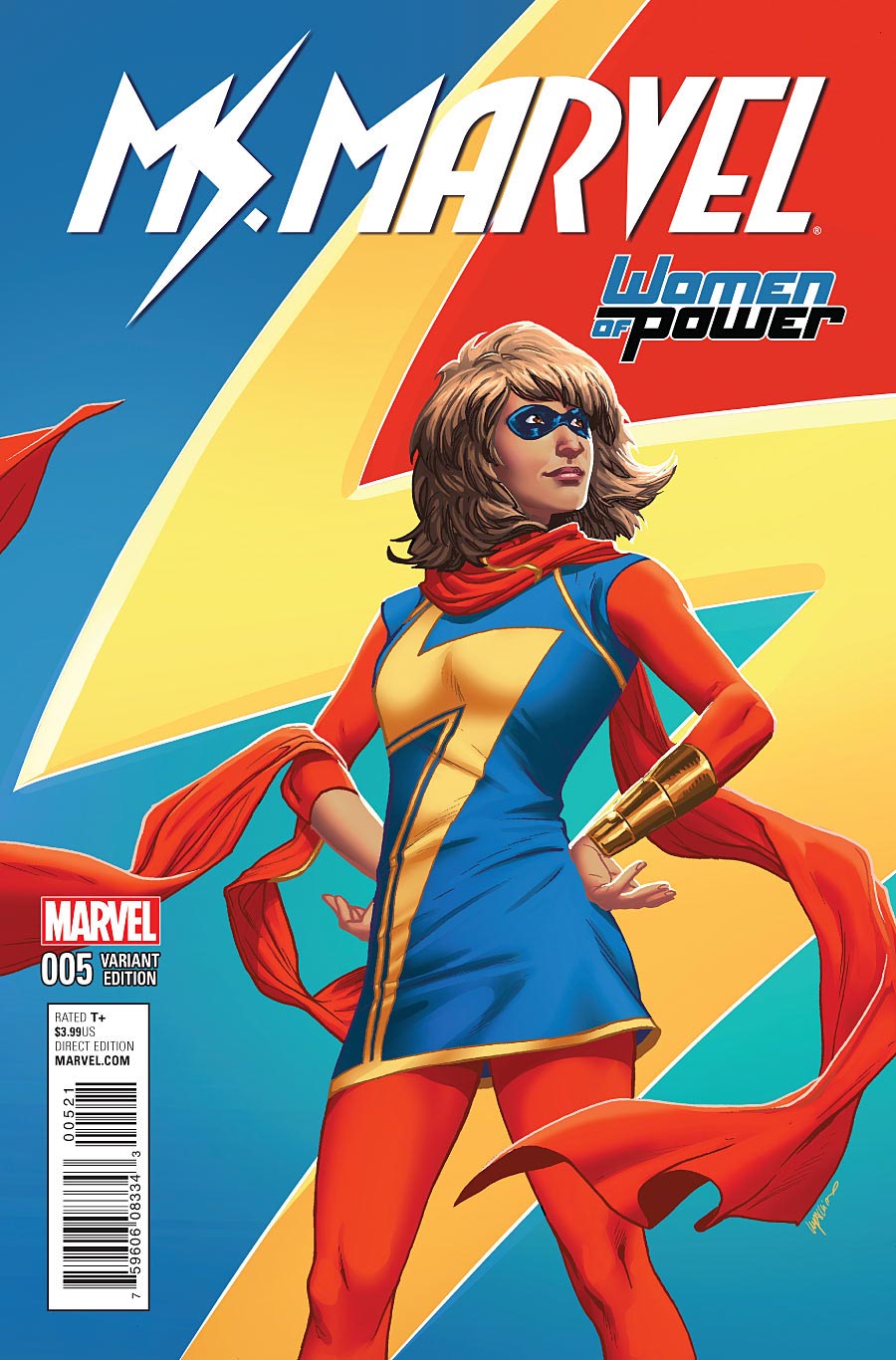 One of the newer characters who has been introduced into the post-Kamala landscape has been that of Riri Williams, a 15 year-old college student who created her own Iron Man armor. Similarly to Kamala, Riri’s creation is based upon a non-white, female lead character assuming the mantle of an established hero, yet one who does so without familial ties as the genesis for the heroic transformation.

Both Kamala and Riri are characters who are part of Marvel’s ongoing challenge for diversity inclusiveness, and there are other comics and stories that, post-Kamala, have clearly been a result of her inclusion into the comic canon. Similar characters include Gwen Stacy in the comic Spider-Gwen, Viv from Vision, and others.

Kamala’s popularity, and the fact that her creation has spurred a new wave of young, diverse female characters, shows that Kamala has been impactful on the comic medium, but has it been acknowledged by the industry? 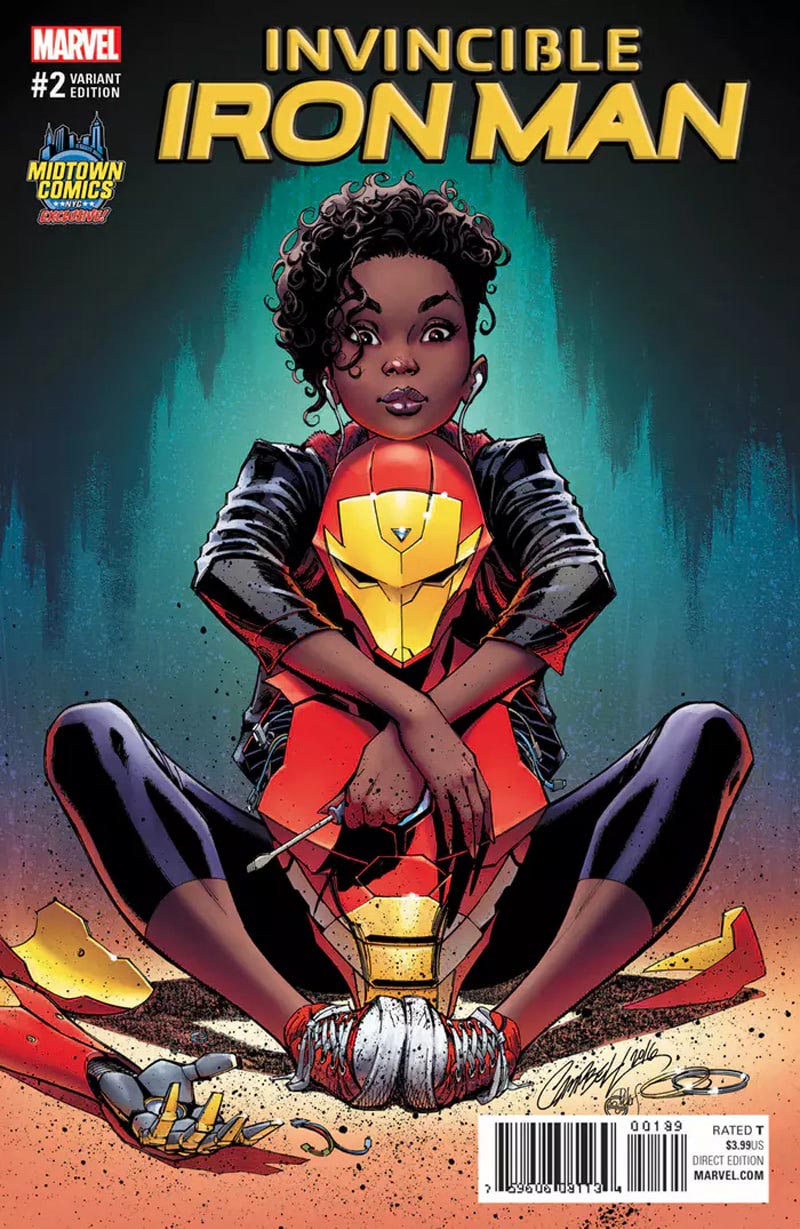 The answer is: yes!

In 2016, Kamala’s lead creators — writer G. Willow Wilson and artist Adrian Alphona — received the Dwayne McDuffie Award for Diversity in Comics. This award, one that serves as a highlight of recognition within the comic publishing industry, serves as a signal that within only a few years, Ms. Marvel is a comic that has accomplished a tremendous amount. As such, it has earned respect and recognition by comic professionals.

Kamala’s Ms. Marvel serves as a flagship comic for diversity that sells well, that influences the comic landscape and has achieved a level of innovation that has earned it awards, but is it perfect? No, and there are some valid criticism against the comic that come from Muslim women, criticisms that illustrate just how far comics still have to come in handling diversity in sensitive ways. 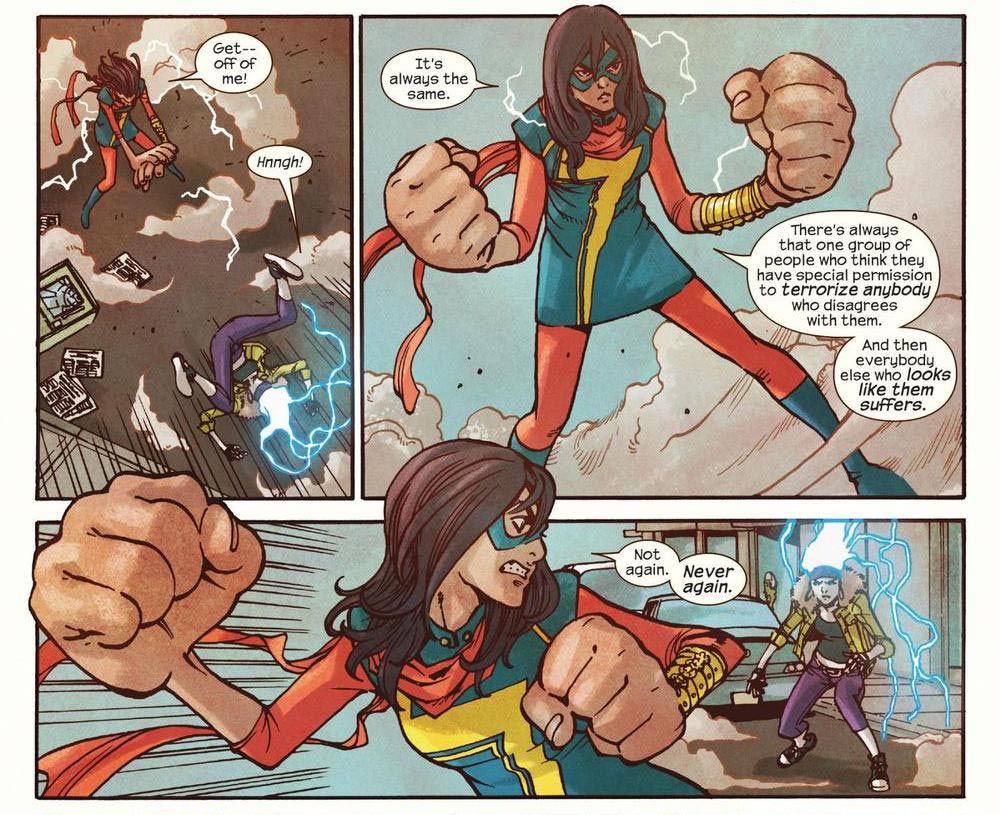 In 2014, Joseph Hughes composed an article entitled “Pakistani Women Give Their Thoughts On ‘Ms. Marvel.’” While many of the women who were interviewed provided glowing praise for Kamala’s character and for G. Willow Wilson’s role in composing her character, Sanam Iqbal, “a housewife in Lahore,” presented her thoughts on the character, saying among other things, that “the dress Kamala Khan will be wearing doesn’t represent our Muslim” and that, as far as Muslim characters in comic are concerned, such things won’t help repair damages between the U.S. and Muslim countries.

Concerns over clothing in comics is not a new issue and it remains a fraught, divided topic: should comic characters wear clothes that are in line with average reader society, or should they remain bombastic and inclined more towards sex appeal than functionality? Iqbal’s concerns raise important points: does Kamala represent Muslim culture respectfully? Do her clothes become a possible hindrance for readers? 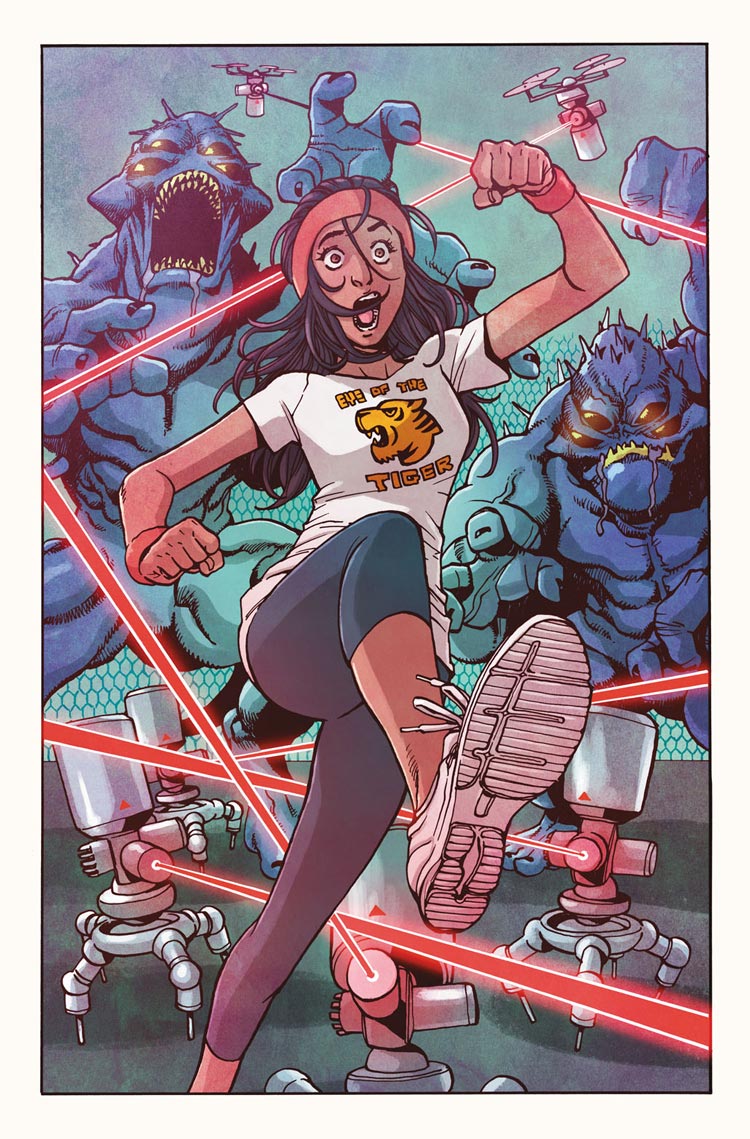 I argue that, since Kamala is a first-generation Muslim-American, her clothing sensibilities are more in line with 1) a young teen and 2) a non-traditional Muslim. Kamala’s family does follow more traditional models of clothing, however the characters themselves often poke fun at Kamala’s older brother for his very traditional clothing style precisely because, as a family, they themselves are not completely traditional themselves.

In this regard, where writing is concerned, I believe that Wilson’s narrative supports a view that avoids taking on a more traditional examination of Muslim families in the U.S., but it does not mean that Iqbal’s assertion that religious concerns over clothing are important shouldn’t be taken in to account within the context of the narrative. I believe Wilson does this in a way that is respectful to American Muslims, but Iqbal’s concerns in this regard are understandable. 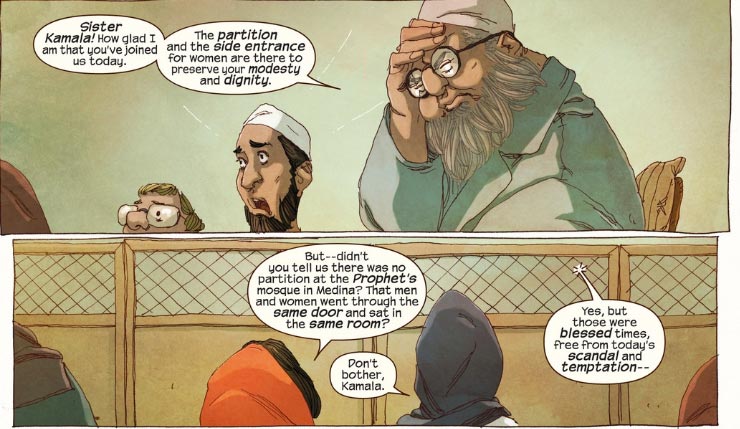 However, where Iqbal’s concerns break down is over the “unrealistic” nature of a “girl” being a “superhero.” This aspect of Iqbal’s concerns are impossible to engage with since, by their very nature, superheroes are not real and thus if a girl actually can or cannot become one in impossible to comment on. However, concerning the fact that within the comic narrative female heroes exist, it seems fair at least to side against Iqbal’s concerns here given that there have been female superheroes within comics for decades already.

Still, despite the later issue, Iqbal’s concerns over how a comic can or cannot bridge the divide between nations is important. I disagree with her assessment that nothing can be done and that characters such as Kamala Khan ultimately matter little in this regard. Why? Because Kamala Khan has already started making a difference for Muslim-American, female, and young teen audiences for years now. 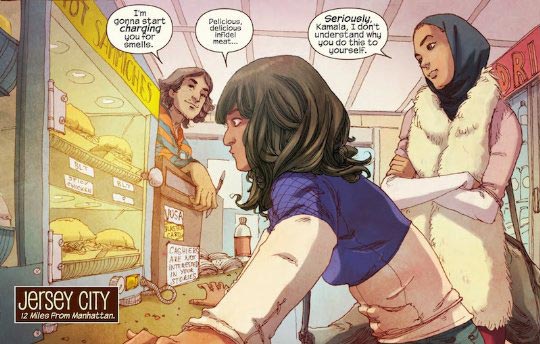 I am not the primary audience for G. Willow Wilson’s Kamala Khan character. I am over the age of thirty, I am male, I am white, and I come from a traditional Christian background, even if there are elements I pick and choose from that background to keep close to my heart.

Kamala is not just for readers like me, her audience is as diverse as she is. There are Muslim-American teens and adult readers who never before have come across her kind of character. To them, her book matters. It matters that she wins awards and warrants re-printings of her issues.

To young women, women of Muslim and non-Muslim backgrounds, her character is important because she isn’t a female-in-distress or a sidekick: she is the titular star who has taken up the mantle of an established hero who was in her own right a feminist icon. 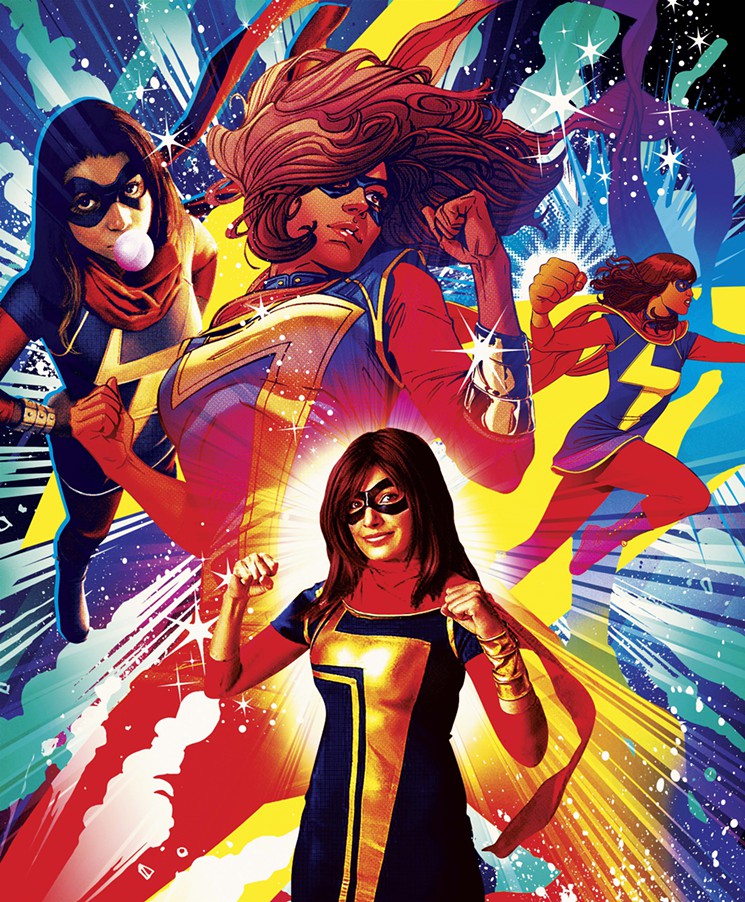 To comic readers who are still in high school, Kamala is part of a radical shift in comic heroes for Marvel that show young people who also happen to have powers caring about family, friends, school and love. To this audience, it is important that Kamala be all-inclusive because schools encompass students of endless varieties.

While there are those who try and define the importance of diversity only through sales, they omit the fact that the narrative content has to be applicable to a broad audience as opposed to being hand-crafted for a narrow one.

But still, readers shouldn’t dismiss out of hand the fact that, as an industry, it is important to know what moves trade comics and generates news. Kamala is both: her broad appeal to diverse groups inspires commercial success, yet her success becomes news that attracts more people to the Ms. Marvel comic to see what the awards and fuss are about. 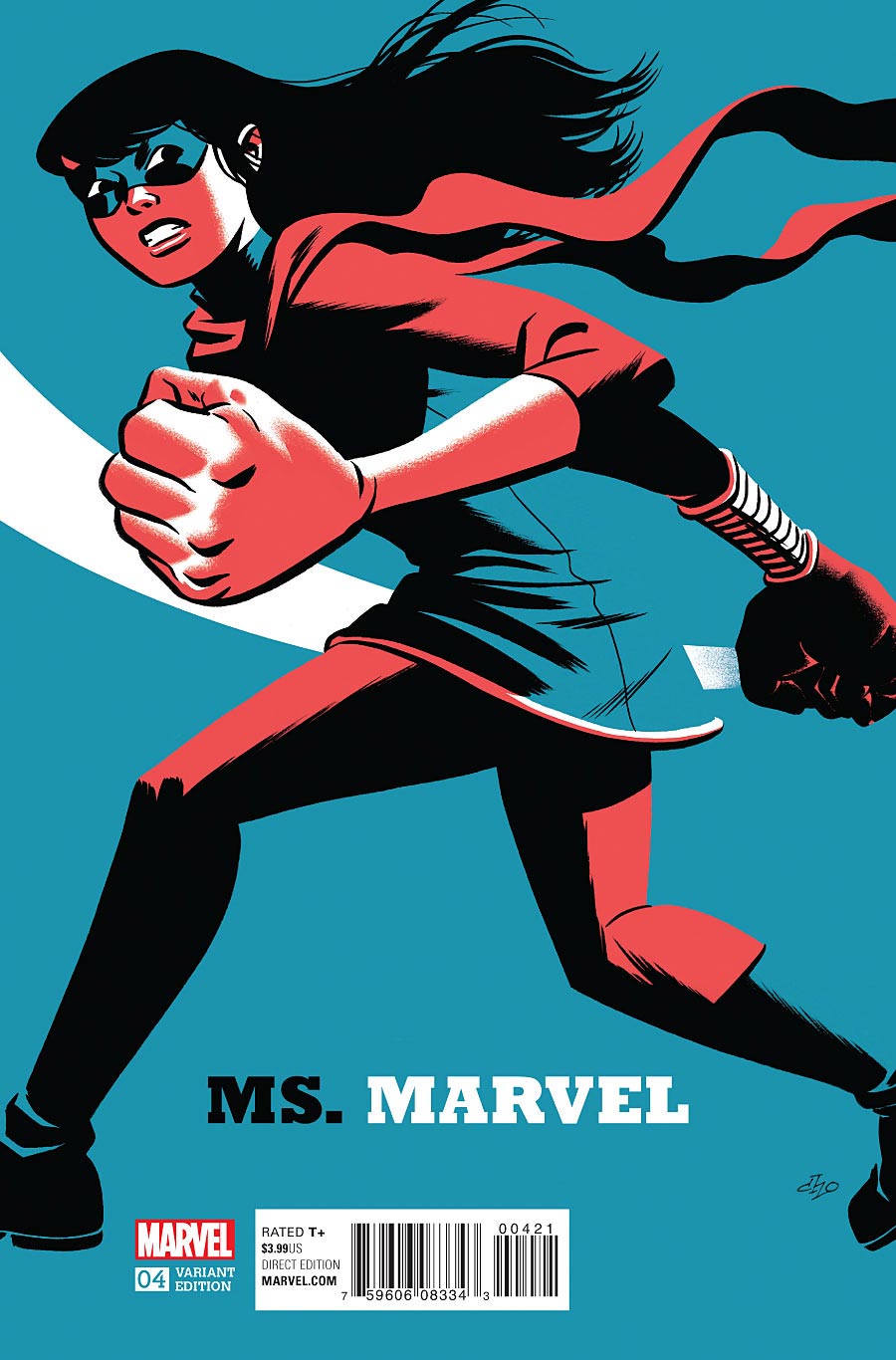 There are few comics like Ms. Marvel, but that shouldn’t stop other writers in the future from trying. With characters such as Riri Williams, among others, entering the publication circulation thanks to Kamala, it can at the very least be said that Kamala’s Ms. Marvel comic exists as a window into a way to reach diverse audiences while still building on heroic legacies that have come before.

As 2017 approaches, Ms. Marvel serves as a unique comic work that exemplifies diversity and creative writing, as well as being a work that shows an evolution in how Muslim-Americans exist within the greater framework of the U.S. entertainment industry.

Want to rewind and read Part One of our look at Ms. Marvel? Click here.