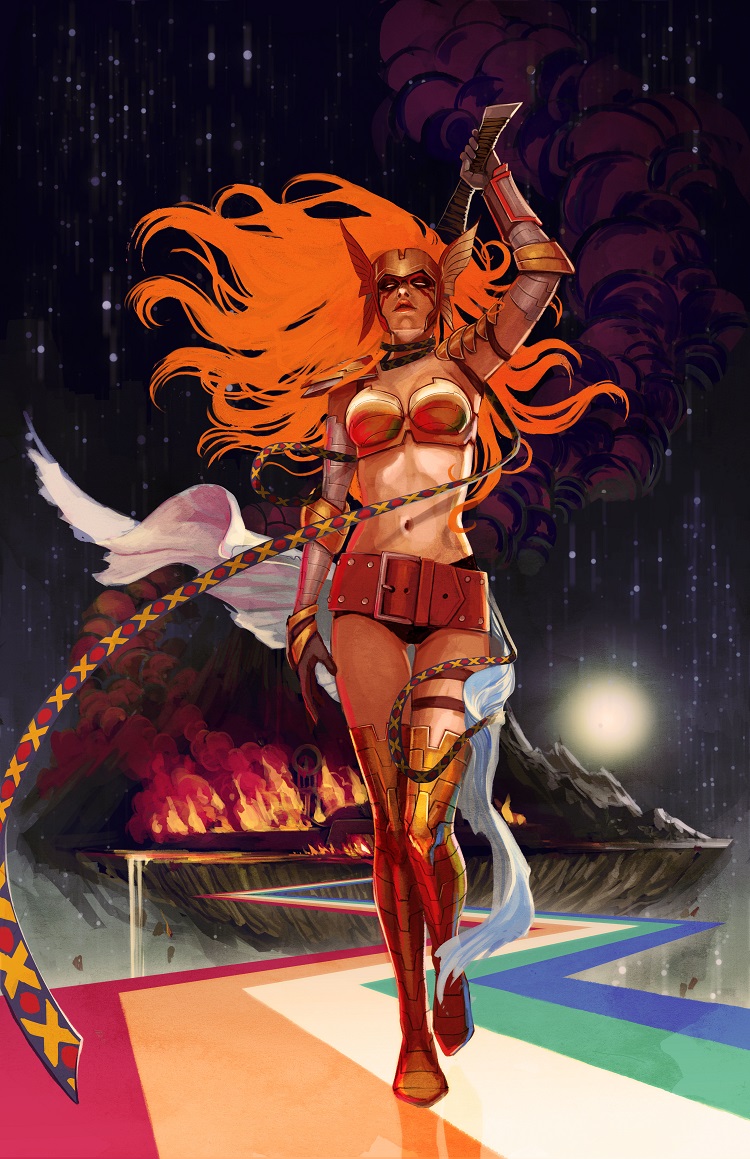 New York, NY—July 29th, 2013— This coming November, the Marvel Universe’s newest star is about to show you why she’s the most dangerous in ANGELA: ASGARD’S ASSASSIN #1 – the newest ongoing series launching as part of Avengers NOW! The star-studded creative team of Kieron Gillen, Marguerite Bennett, Phil Jimenez and Stephanie Hans show you a side of Angela you’ve never seen before, as she cuts a bloody swath across the Marvel Universe!

The finest warrior of the Tenth Realm, she has been trained all her life to hate Asgard with every fiber of her being. But following the events of Original Sin: Thor & Loki – The Tenth Realm, she must confront the truth of her lineage. She is the daughter of Odin. The sister of Thor. An Asgardian. Now, she has been cast out from the Tenth Realm, and wants nothing to do Asgard. What does she want? A clean slate. And she’ll cut down anyone in the Ten Realms who stands in her way!

Superstar writer Kieron Gillen returns to Asgard following his critically acclaimed run on Journey Into Mystery along with rising star writer Marguerite Bennett and the out of this world art team of Phil Jimenez & Stephanie Hans! Each issue features a main story drawn by Jimenez with a second story drawn by Hans!

As the newest star of the Marvel Universe prepares to take center stage, no fan can afford to miss the ongoing adventures of the angelic warrior when ANGELA: ASGARD’S ASSASSIN #1 explodes on to comic shop shelves and digital devices this November!