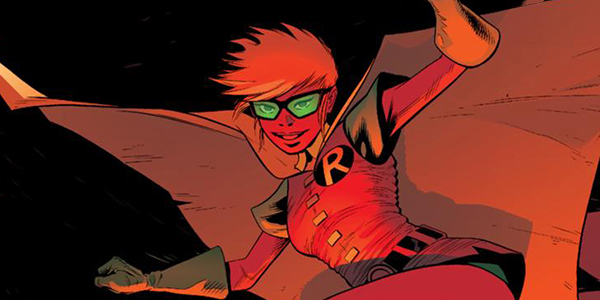 Not a ton of excitement to report for DC Comics this month as both it and its colleague across the aisle lost 2% market share to some rather aggressive indie publishers between March and April. While the market is up overall, it’s got to smart a little to drop share in the midst of a huge crossover (Marvel) and during a month-long reader enticement promotion (DC). As it turns out, almost all of DC Comics’ titles either lost the standard volume of sales due to monthly attrition — despite the surprise gatefold covers included on every book — or gained so relatively little that it’s hardly worth mentioning. 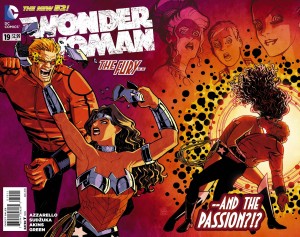 It’s easy to speculate why Batman and Robin experienced such a significant jump from March to April — carryover from the death of Damian Wayne, speculation as to who the Robin on the right side of the “WTF” cover would be — but this is an impressive jump no matter what the reason. The title propelled itself to third highest selling ongoing title in April, ahead of every Marvel NOW! ongoing book, including Brian Michael Bendis’ Guardians of the Galaxy. Equally as impressive is Wonder Woman’s jump, but what exactly prompted it remains a bit of mystery. Could potential romance (which of course was the farthest thing from the truth) between Wonder Woman and Orion have bumped the title over 20% in sales? Now I’m more curious than ever to see next month’s numbers. 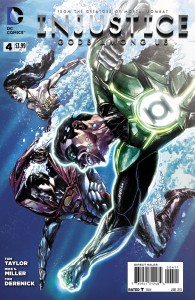 I wrote about this last month, but seriously, folks, what is going on here? So, we have a comic book based on a video game, whose print edition is the second opportunity for purchase after widespread digital release, and is completely out of continuity. None of these factors would lead anyone to predict that this comic would be, relatively, such a big hit. That issue #4 has now surpassed the initial orders for issue #1, and several issues have gone into multiple reprints, is frankly nothing short of astonishing. Add that it outsells 18 of DC’s New 52 titles in April on the Diamond Chart and you have a phenomenon worth investigating. Is there something here (besides quality writing and art) that can be harnessed for more titles of its type? You can be sure DC is asking themselves that question. 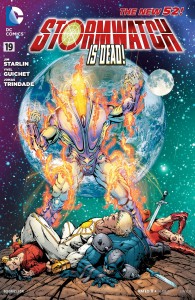 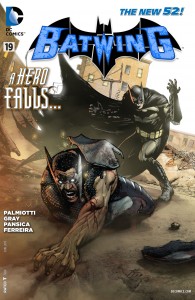 With new creative teams joining both Batwing and Stormwatch in April (not to mention some slight of hand involving leading cast members), both titles saw a slight uptick in sales — Batwing far more than Stormwatch, obviously. When Demon Knights shifted creative teams (and time periods) with January’s #16, sales continued to slide down at the same rate as before, with not even a 3% stall. Today, that title is planned to conclude its run with August’s #23. When Green Arrow took on its new direction with #17, it experienced a dramatic 81% increase in sales, and still remains 10,000 units ahead of its previous creative team’s issues. This was a much more dramatic increase than Batwing’s more modest 12%, but nevertheless, it remains a sign of potential turnaround. Next month’s numbers will tell us more. 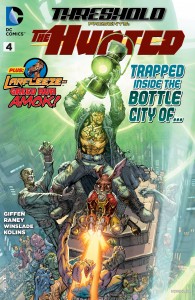 Threshold comes quickest, of course, with sales only reporting through April’s #4. Before cries of “too soon” fill the air, it’s worth taking a look at several other titles in DC’s recent stable that follow a very similar pattern — including two still on the charts for now.

This is not a particularly comforting comparison for fans of Vibe (a rare title starring a young, upbeat hero) and Katana (whose art is truly a gorgeous display page after page). There’s a rapid decline of sales on titles considered outside the mainstream DCU — or featuring untested heroes (many of which are persons of color) — these days, and it becomes more important than ever to advocate for the books you love, not to the comic companies, but to other readers. It’s only by getting new fans to pick up these offbeat books — and thus increasing preorders at local comics stores — that they will survive. Because the reality is, comic book companies don’t cancel books — the fans do.