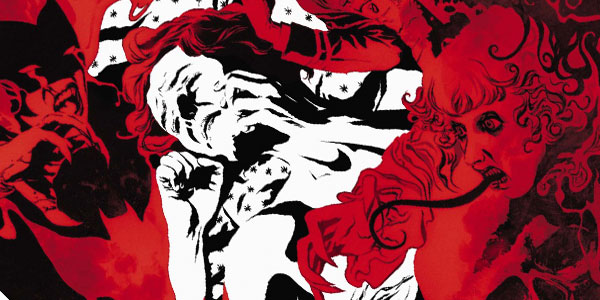 August was a fair period for DC Comics, with a month trailing behind an event-launching Marvel Comics by about 3% in both unit and dollar share. This is traditionally a decent place for DC to land, although it’s barely a breath between a July where DC took the dollar share and a September where they are all but guaranteed to dominate with their annual marketing push — this year consisting of the 3D motion covers that we are alternately hearing from retailers that they will be hard to procure, and that they will have trouble selling them (because of the offering of 2D versions for $1 less). Color me unworried. 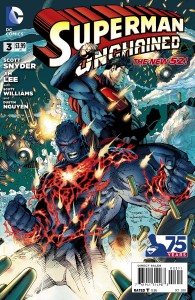 After Marvel’s solid top-of-the-chart showing for Infinity #1, DC still managed to take the next 5 spots on the North American Diamond charts with their high-profile ongoing series. This is still numbers area that Marvel can’t seem to grab with its ongoing series, despite the name recognition of Spider-Man, Avengers and X-Men — that is, the 80,000 and above range. And judging from the numeration on three of the above titles, DC is starting to realize it. Launching big name titles with super-star artists has propelled (and maintained) Superman Unchained, Justice League of America, and Batman/Superman to excellent numbers, and DC’s not quite done where that’s concerned. With October launching Superman/Wonder Woman and December debuting Justice League 3000, we can expect this trend to continue. Fans may complain that there are too many books starring the icons of the universe, and not enough for the underappreciated heroes, but they sure seem to be speaking with their wallets. 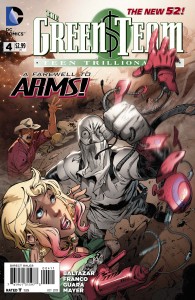 …while other books drool.

To say that 11,000 copies a month or less is unsustainable for DC’s New 52 line is putting it mildly. These five books (only two of which have been cancelled and receive their last issue this month) represent the five lowest selling mainline books for DC, and some of their cohorts aren’t so far behind.

The sad truth is that a lot of the books that sell in low numbers are done by exceptional creative teams and critically acclaimed. There’s no question DC deserves great props for trying new things, and in some cases, what we’re really looking at are mini-series disguised as ongoings. With a 2013 to date that has only featured ONE DC Comics mini-series — The Human Bomb, a book that launched at 11,212 and ended at 6,379 —  it’s clear why DC isn’t bothering with non-event mini-series anymore. Better to launch an ongoing series with a story that can be wrapped up in, say, eight issues if necessary. At least then, books have a better shot of catching on. 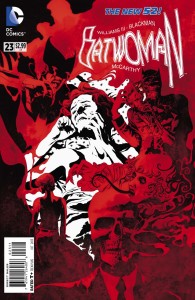 Where the real problem lies.

I bring Batwoman and Teen Titans up as examples (maybe because at least one of them has been in the news more recently), but I could as easily have made this comparison with Batgirl, Wonder Woman, Suicide Squad, Flash or Green Arrow. The real question is, when does it make sense, given dropping sales, to start over?

We’re now seeing Wave Two of Marvel Now! take shape — oddly enough, called “All-New Marvel Now!” — and strange appellation aside, they seem to be hitting on an idea that perhaps DC would be wise to mimic/steal. That is, cancel mid to low-selling, high-numbered books and relaunch with new #1s again. Yes, that’s not exactly what they’re doing with Avengers this December, by adding a huge #1 to the top of what really is #25, but the rumor is that Avengers Arena and X-Factor will soon be seeing new versions, with possibly new creative teams. So, why shouldn’t DC give this a try?

Green Arrow is the perfect example of a book that could have benefitted from this approach. Taking on the superstar team of Jeff Lemire and Andrea Sorrentino with issue #17, the book jumped from 19,888 to only 36,043 in February sales, settling back down to a stable (but not as good as it could be) 25,449 in August. Imagine where it could be today at issue #7, rather than #23?

With sales on Batwoman dropping in double digit percentages every six months, the arrival of a new creative team in Marc Andreyko and Jeremy Haun seems like the perfect time to release a new Batwoman #1. Likewise, the comic market would probably take notice if DC Comics announced a New Teen Titans #1 at the conclusion of their Forever Evil crossover issues, whether the roster or creative team changed or not. It seems like a cheap ploy, and maybe it is, but the reality is that for consumers today, a #20 may be as offputting as a #200 on the cover of a monthly comic. And why not try doing a season-like approach the way television series (or many Image Comics) do? For some titles, like Batwoman, that deserve the extra attention, it could be what saves them in the long run.

How do you feel about shorter seasons for comic books at DC and Marvel? Sound off below!