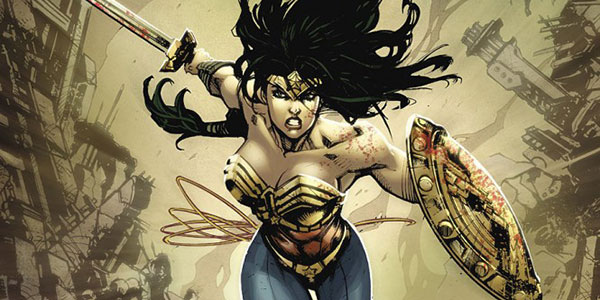 If there’s one word that describes DC Comics’ March sales, it would likely be “plateaued.”

It was a month where not too much could have moved the needle for DC, as there was only one new #1, no major creative team changes, and most storylines wrapping in advance of April’s gatefold cover month (designed in part to provide mini-jump on points). Nearly every book in DC’s line experienced standard attrition, which doesn’t make for the most exciting reporting. But it’s not all bad news, as the following year-over-year comparison shows:

It’s ironic that DC’s actual sales on monthly print comics was 22% higher this March than two years ago (pre-New 52), even though their dollar share was virtually identical. It speaks to just how healthy the overall comic market has become and is growing month after month. That’s no reason for DC to be resting on their laurels, however. Marvel has thrown down the gauntlet in regard to their top-selling books, and as you’ll see, there are a few things DC may be banking on to get them out of their current rut. But first, a look at what worked and didn’t in March… 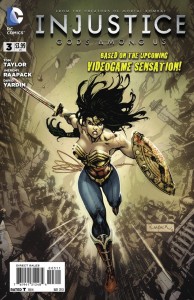 DC’s latest foray into digital first comics took everyone by surprise. Based on the eponymous video game released today, Injustice: Gods Among Us may not look that impressive until you realize these are print numbers AFTER widespread digital distribution. And they’re going up. The first issue is also going into its third printing. Why such a runaway hit? It could be that fans clamoring for a bit of the old school DC Universe find some gems within, like an elder Green Arrow or a married Superman. It could also be that the high concept, hero against hero, is just incredibly popular right now across the board. Whatever it is, these are great results. 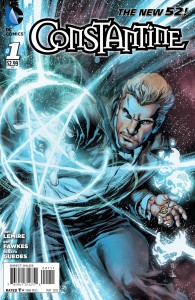 With the recently announced Trinity War hitting the three core Justice League books in July and August, one hopes that some attention could be drawn to titles either thematically or tangentially related to the big ones. And some of these could use the attention for sure. Constantine launched with a number that would please anyone — 6 issues into a run — but leaves one a little worried about its final resting place on the charts. It’s certain to land well ahead of its Vertigo predecessor Hellblazer (whose 299th issue sold just over 9000 copies), but without a tie-in boost or excellent word-of-mouth, may end up around where Katana and Vibe have landed at only issue 2. Several of these books are sincerely well-written and drawn, but have had a hard time competing for attention against the likes of Marvel NOW and Batman’s Requiem storyline. Here’s hoping Trinity War has some positive run-off, if only to expose these books to the audience they deserve.

Bottom up and top down.

DC just went through a major culling of 9 of its books, and in fact, has only announced 6 replacements to date, leaving a bit of a temporary hole in their schedule of 52. That said, there’s no guarantee the cancellations are over, as another DC September event is around the corner. 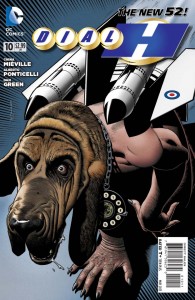 I highlight the above three books not necessarily because they are currently the lowest selling (they aren’t), but because they are the books that a) have no creative changes or tonal shifts on the horizon, or b) are dropping at too accelerated a rate to ignore — because it’s not just low sales that endangers a book, but rapidly lowering sales. What could DC be cooking up to fill all these empty spots? Well, that’s anyone’s guess, but what they need is a few more of these:

If all statistical models hold up, Marvel NOW! will have given the House of Ideas six ongoing titles (Superior Spider-Man, All New X-Men, Uncanny X-Men, Uncanny Avengers, Guardians of the Galaxy, and Avengers) that will safely cruise above 75,000 copies a month going forward after several years of not being able to accomplish that goal without event tie-ins. Currently, as the list above shows, DC has four in that coveted category, although I expect Superman Unchained and Batman/Superman — both beginning in June 2013 — to match Marvel’s efforts and join those ranks.

It’s no surprise that all of these books, Marvel and DC both, focus on their core brands and don’t stray too far outside. It goes without saying that Spider-Man, Avengers, X-Men, Superman, Batman and Justice League have huge core followings (not to mention cross-over appeal), as do three of the creators at the top of the list — Brian Michael Bendis, Geoff Johns, and new entrant, Scott Snyder. If DC can squeeze another book out of Johns, perhaps even a co-written weekly with Pete Tomasi like Brightest Day, then they’re sure to recapture some market share and work toward breaking the $10M month ceiling they seem to just keep missing. A Shazam! title with a high profile creative team, or a solo title Batman: Earth 2, seem to be popular speculation as well, and could be lucrative books for the company.

But when will we hear about some of these new additions? Your guess on that is as good as mine.

*Actual Dollar Estimate derived from Comichron statistics by me, algebraically. Precise dollar amount may be subject to some +/- error, but relativity of year to year should be entirely precise.