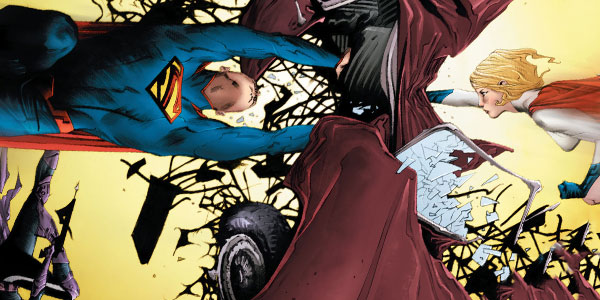 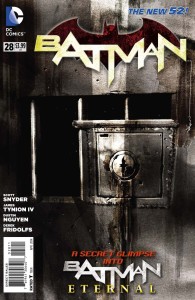 Much like last month, overall comic sales declined yet again. Batman still wound up in the top slot, and Marvel still released a bunch of new #1’s that allowed them to take top spot in overall unit share, and overall dollars. DC was down a little this month, but then again, they weren’t introducing nearly as many titles as Marvel. DC’s primary new releases were the one-shots Joker’s Daughter and Lois Lane, the latter of which opened to lower than expected sales numbers. The unfortunate problem with Marvel’s strategy is that it is artificially inflating sales for a certain period before they drop back to normal levels. Dark Horse had a strong month that saw them edge out IDW for 4th place overall. Finally, I expect we’ll have another couple months of the doldrums before sales start to pick up again prior to summer. 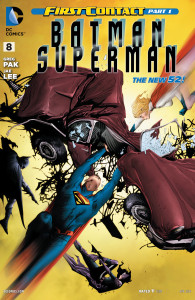 It’s been a while since Superman had a “pal”, but the sales are starting to illustrate that currently he is best served with a partner in heroics. Action Comics and Superman both sit (just) below the top 50 in sales. Batman/Superman is the top selling title that came out this month with Superman in it, certainly helped by the popularity of Batman. Superman/Wonder Woman also does better than the solo Superman titles, though it doesn’t have the support of a Batman. I am also (cheating a bit by) including Superman Unchained in this list. Despite the outward appearance of being a Superman solo title — and given that it features the superstar team of Scott Snyder and Jim Lee — I would argue that they are almost more of a draw than Superman being the lead character. There is no denying what Superman means to comics, but right now, he is better off with friends. 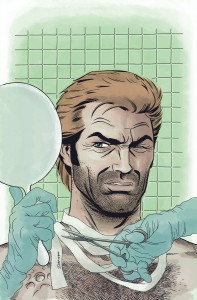 Jimmy Palmiotti is a nice guy. Talented, and has a real passion for the comic industry. At one point it was (erroneously) reported that All Star Western was being cancelled, I’m not sure that anyone would have been too surprised, but later on, Jimmy said that those reports were false and that the series was still going on. My big question is why is All Star Western still going on? Both Larfleeze and Talon sell better than All Star Western, and both of those titles have been cancelled. The western genre is certainly a fairly tough sell in and of itself. Palmiotti and Gray have had a great long run on the Jonah Hex character, so perhaps it’s time to just let the series ride off into the sunset. It’s possible that they have some more stories to tell (I’m almost sure of it), but I doubt they have anything that would even double the sales of the title. All Star Western is a quality title, and I’m sure that’s why DC is still choosing to publish it, but it would be no surprise if more rumors of its impending cancellation pop up. As an aside, All Star Western still outsells another Palmiotti and Gray title in Batwing. At least Jimmy has Harley Quinn at the top of the charts. 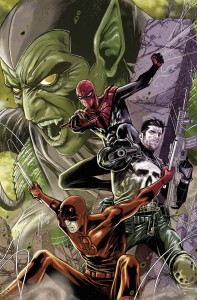 Teaming Up for Sales

Last year, Marvel decided to rebrand all of the Spider-Man associated titles with the Superior moniker. It made sense at the time, and it certainly worked for a quick sales hit (a Marvel specialty). Here we are, 10 months later, and where do the sales sit for the Superior version as opposed to the Avenging version? Almost exactly the same… In fact, the title is doing a bit worse than it was when it was Avenging, but that is probably explainable by the natural erosion that happens to most every title. I suspect Avenging Spider-Man would be about the same level in sales (perhaps a bit less) than Superior is now anyway. The point is though, that Marvel got a spike out of the sales for the first couple of issues, but then it returned to status quo for the rest of the series. And given the return of Peter Parker, I wonder how long we’ll even be seeing Superior Spider-Man Team Up? 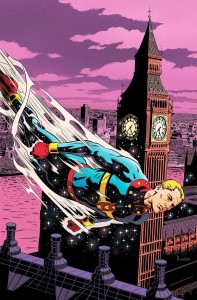 Miracleman is a holy grail of comic books title. Rarely do you find someone with a complete (as it gets) collection and the folks who worked on the book are comic book royalty (Alan Moore, Neil Gaiman, etc). Marvel finally got the rights sorted out, and is releasing the Miracleman series with a bunch of extras, in, what I think is a really nice package. But, given the pedigree of the title, it certainly seems like a massive sales hit from issue #1 to #3, with a drop of over 50%. There are a lot of factors that can go into this though… Perhaps people just didn’t like the story? While possible, I think that many people want to read it, and will give it a chance. Is it too expensive? At $4.99, it’s a pretty expensive book, but not completely out of the pricing ballpark.

I think that it’s more likely that the drop in sales can be attributed to the eventual release of the trade/omnibus edition that is likely to come out. I can’t deny that I enjoyed the first issue and have decided to hold off on reading the rest until it is out in its entirety, and I think that a lot of people think like I do. I would expect that most of those people who picked up #1 and didn’t pick up #2 or #3 are most likely to grab whatever collected edition comes out when the re-printing is complete. 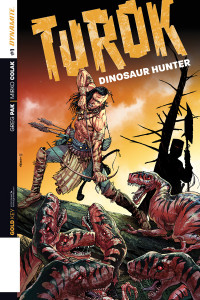 Turok’d (or don’t return me, please)

Turok Dinosaur Hunter is a character that has been around for a long time, and Dynamite is publishing the latest iteration of this popular character. The team of Greg Pak and Mirko Colak certainly deserve the strong sales that the title enjoyed with its first issue, and it will definitely be interesting to see the drop-off between the first and second issues, but the real takeaway from the sales numbers is the fact that the title is returnable. Returnable series are great for comic stores, they get to bring a bunch in, try and upsell it and then if it doesn’t move, they just send them back to the supplier. But for a publisher, while it may outwardly look like the book is selling well during the returnable period (most publishers only make the first few issues of a series returnable), it is very hard to actually tell how well the title is selling.

Unity from Valiant had a massive sales number with its first issue, but we don’t know the true numbers. Image makes many of their new titles returnable, but they also feature rather small print runs that tend to sell out anyway and force a second printing. It’s an interesting strategy, which works on the titles that have some real push behind them. Turok is a strong series, from a small publisher which will probably settle into the 12-15k per month range when all is said and done. The main question is whether or not making the titles returnable is worth it in the long run? I suppose that if it gets them a few extra readers who may not have tried the series in the first place, then yes it is.

Special thanks to our friends at Comichron.com for the well-devised sales numbers!