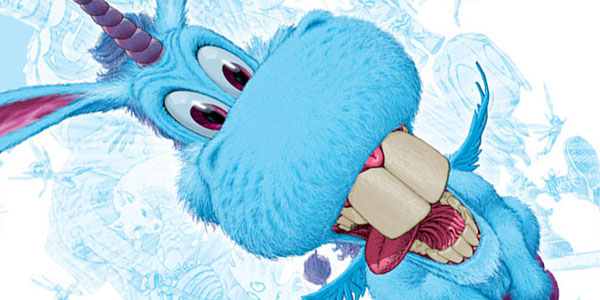 Another strong month for the non big 2 publishers. A big winner for the month was IDW. Comichron pointed out that this is the first time that IDW has ever taken over 7% of the market share in a month. A huge accomplishment and a hope that the trend continues and we see more companies chip away at the huge gap from Marvel and DC. 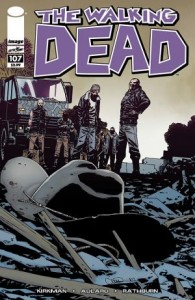 After this month, the tagline ‘small market’ top 10 might need updated. All ten titles placed in the top 100 of the overall top 300 for the first time in very long time. Another strong indicator that the non-Big Two will likely keep up with this trend is that over half of the titles on the Top 10 are ongoing series.

No surprise The Walking Dead continues to dominate the charts. The Walking Dead is the number one independent title for the third straight month and the brand is getting so popular that now, even the one-shots are selling well. 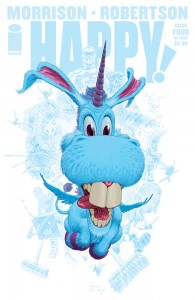 The Happy mini-series concluded last month with issue #4. The series had strong numbers for an independent comic, but I can’t help but feel they were expecting bigger numbers. Behind The Walking Dead, Happy was one of the most heavily promoted comics from Image Comics. Many Image comic books leading up to the release had an excerpt of Happy #1 in the back of their books. Grant Morrison’s name still brings attention to anything he’s attached to, and I expect the next series they announce will have strong, if not stronger, numbers. 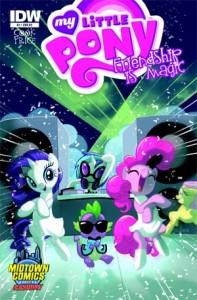 My Little Pony found its niche, or the bronies all bought 3 copies each.

The success of My Little Pony is a very positive step towards the rebuilding of titles designed for the younger audiences and what its success hopefully means as a trend. One of the biggest things it tells me is that the all-ages market doesn’t need the Big Two to succeed and thrive. Marvel and DC have all but abandoned their quest for young readers and instead focus on milking the aging demographic that sticks with them now. As MLP suggests, there is still a fairly large market out there, you just need the right property or creative team. A pleasant surprise is the demographic that My Little Pony brings in. The 7-12 year old girl demographic doesn’t have many titles to cater to them, and while titles are now being made for their ‘next step’ (Captain Marvel, Batgirl, etc.), there isn’t enough to bring them into the medium. Hopefully the continued success of MLP and others shows the importance of ‘little kid’ comics. For a more detailed analysis of all-ages comics, please see the wonderful monthly article Access All Ages from Brett Monro of We Talk Comics. 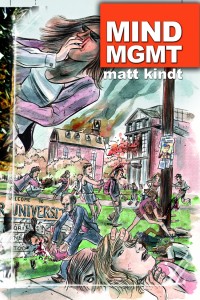 No one cared who I was until I got the movie deal.

A strong exaggeration in the title (I just really wanted to use the Bane quote), as Mind MGMT made plenty of this website’s ‘Best of 2012’ lists. A positive word of mouth and also some big news between the releases of issue seven and eight have contributed to the positive tick up. Hollywood Reporter, among many others, reported that Mind MGMT is being optioned as a movie by the legendary Ridley Scott and his production company. Personally, it’s a shame that non-Big Two properties are only taken seriously once they get a movie or TV deal and need that for credibility with the mainstream audience. At the same time, it’s STILL nice to see underappreciated titles get their time to shine. The universal praise and movie option bode very well for Mind MGMT‘s future and the release of its first trade paperback, collecting the first arc in the next few months.
Special thanks to Comichron for having more stats than any comic fan can imagine!