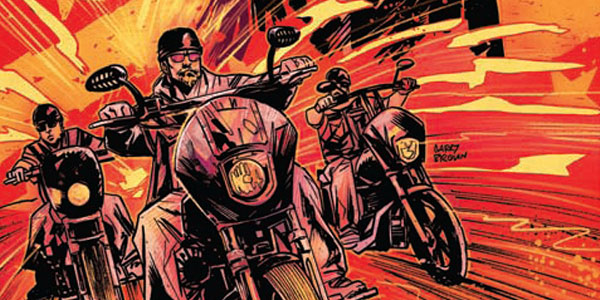 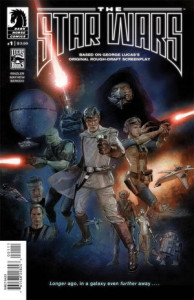 Independent titles took a bit of a hit on market share this month, with DC the big winner with their Villain’s month titles. But overall, there are very strong offerings from non-Big 2 companies with Saga and Jupiter’s Legacy holding strong with their sales. Given the shipping schedules of some independent titles, you may not see every series, every month, but they are doing a very good job of telling great stories that, despite downtime, still see readers return. Perhaps it makes it easier to collect those series —  even though there may be a gap between issues, you wind up spending less to get an excellent reading experience. The Star Wars mini heads up the list this month with a very impressive debut. Despite the fact that this story has been available to read in other formats, it being brought to life with art is an obvious draw. It certainly can’t hurt that the regular Star Wars series is such a strong seller. 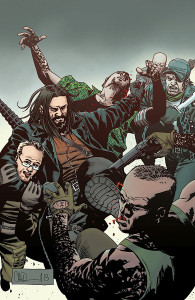 The Walking Dead is a bit of a comics phenomenon anyway, with over 100 issues, and still going stronger than ever. Last year, the series got a 20,000 copy bump with season 3 of the television show going to air, numbers which it sustained nicely even once season 3 came to an end. Next month, season 4 goes to air and it will be interesting to note how much of a bump our favorite zombies manage to pick up. There is a lot of excitement surrounding The Walking Dead on all fronts, and it is a perfect example of quality showing through in all mediums. 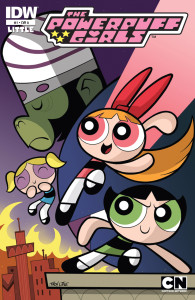 The all-ages set is well represented in the independent top 10, with Powerpuff Girls gathering impressive debut numbers. Another retro cartoon series getting the comic book treatment, Powerpuff Girls is only one of a couple to be released in the coming months. The market seems very strong for female-based comics with a strong base in humour, but despite its youthful demeanor, it is a title that can appeal to all age groups. The question will be whether or not it can sustain powerhouse My Little Pony numbers (words I never thought I would type). It’s worth noting that Samurai Jack launches in October from IDW, and it will be worth watching its numbers as well, compared to both My Little Pony and Powerpuff Girls. 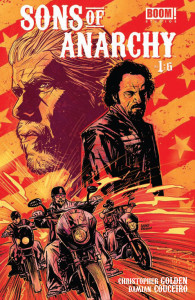 Sons of Anarchy from Boom! and God is Dead from Avatar are a perfect example of two of the ways that smaller companies can get noticed. Sons of Anarchy, based off the popular television show ,is a mini-series that is one of the strongest selling adult titles in the history of Boom! While they have had great success with all-ages properties, it took another property to help propel their adult line, and I would expect Sons of Anarchy to have a great life in trade format.

On the flipside, God is Dead is a new title by popular writer Jonathan Hickman, and while it isn’t selling like his Image titles, his writing for them has provided Avatar with a very nice boost into sales relevance. It is a great way for smaller companies to get noticed, and another place for people to find quality work to spend their money on.