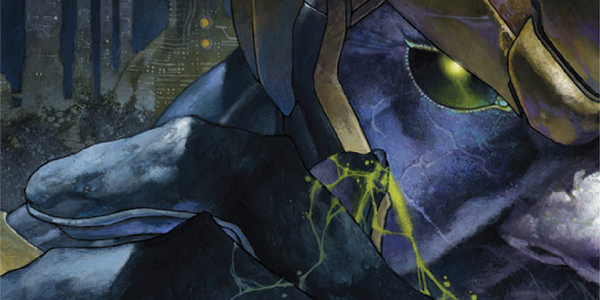 As the House of Ideas winds down its first wave of Marvel NOW! title launches, we finally have a pretty great picture of where all the chips will fall — and it’s a pretty damn fine arrangement. Sure, April saw Marvel (and their distinguished competition) lose 2% market share to some rather aggressive independent publishers, but what Marvel’s managed to create here is the solid foundation for themselves that they seemed to be lacking to date. While it’s clear that the company is not interested in moving away from full-scale event comics (as DC has since 2011), they’ve dominated the high 5-digits of the Diamond chart — something DC desperately needs to work on. And they did it with monthlies. 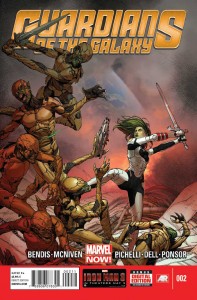 While Marvel still to date has not managed to keep any ongoing above the blessed 100,000 line — reserving that status for its high profile limited series — the fact of the matter is, THEY DON’T NEED TO. With a combination of double-shipping, refocusing on major franchise titles, and tossing in a splash of Bendis, Marvel has put 10 comics in the very desirable 75,000 to 100,000 pocket, while DC has only managed 2 or 3 in that area to date. It’s a brilliant strategy, to double ship in this particular range, and will be responsible for keeping Marvel’s market share very large, in all likelihood. And for as many complaints as are registered online about the practice, it doesn’t seem to be hurting the publisher one little bit. 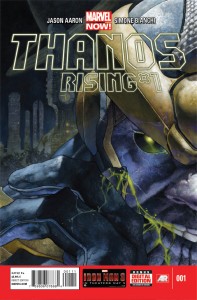 And then there are events.

Marvel is poised to engage in not one, but TWO major line-wide events this year, and already we can see why. Between his recent cameo at the end of the Avengers film, and his headlining this unofficial prelude to the fall’s Infinity mini-series, Thanos takes a not-so surprising top spot this month for Marvel. But before we can get there, Brian Michael Bendis’ long-awaited Age of Ultron continues to burn up the charts, despite its seeming disconnection from the pace of the current Marvel Universe. Despite (or perhaps because of — you be the judge) its accelerated shipping schedule, Ultron experienced almost no attrition in sales for its Act Two, even more impressive for its artistic change from Bryan Hitch as well. Numbers like these make it clear why Marvel will remain invested in a perpetual event cycle. It’s a no brainer, really. 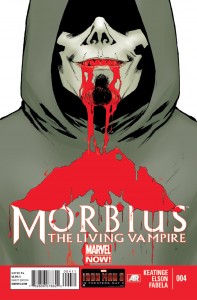 While there are other monthly titles falling below Morbius on the Diamond chart for Marvel, none of the others were explicit Marvel NOW! launches, nor fell so fast to get there. The Living Vampire is likely to be the first of these new wave of books to be put in the ground, and there’s some reason to worry. With so little variety in the Marvel line, and no genuine genre attempts outside of straight super-hero material, their Universe could easily become a very homogenized environment for storytelling. This is the dark side of having a line driven by double shipping huge franchise books. It makes for a very profitable publishing line — which obviously is the point at the end of the day — but doesn’t encourage risk-taking or creative surprise to the same degree that almost every other major publisher has built into their planning, by choice or circumstance. Time will tell if that helps or hinders continued overall market growth.