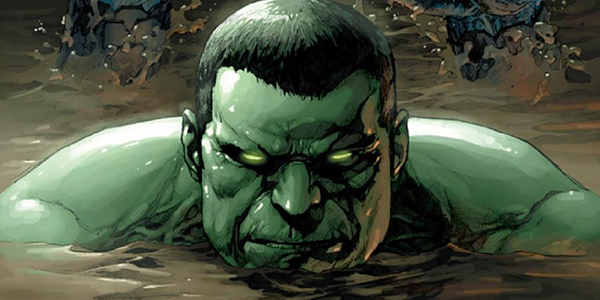 February was another great month for Marvel, as the fruits of MarvelNOW! are beginning to ripen for the publisher. Marvel once again held on to the market share in both dollar and unit sales. While a single month win of the market share is a great booster, one has to note that Marvel’s actual percentages are almost identical to those of February 2012, one year prior.

It can’t sit well that market share 7 months before a major marketing campaign and creator shuffle is virtually identical to that 5 months after, but Marvel still has reason to be pleased. With the comic market up 15% overall from year to year, the House of Ideas has managed to maintain its space on the Diamond charts in a year flush with competition from both DC and, more impressively, independent publishers.

So, why isn’t MarvelNOW! performing at higher market share? The answer seems to be in the post-launch drop. Of the eleven titles Marvel launched in October and November, all now reaching their 5th, 6th and 7th issues, the sales drop ranges from 52% to 71% — meaning, no matter how big the launch on a number one, each title loses more than half its sales in a matter of months, some almost immediately. The median loss for a title in this time period is 56% (well above the norm for the industry), indicating some amount of inflation due to publisher promotions and early speculation not panning out.

That said, Marvel is still managing to populate the higher end of the charts, and some of the big winners (and losers) can illuminate just where they’re really getting it right. 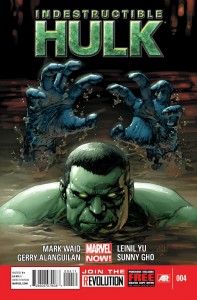 All three of these titles are performing between 20K and 30K higher in unit sales than previous to the MarvelNOW! renumbering. This is a huge success for the publisher’s top line. While the final shake-out of sales on Avengers probably won’t be seen until March or April, these numbers still bode well for the company wanting to prop its line with non-event power sellers. 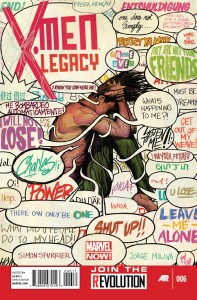 And there are losers.

The biggest losers here are showing somewhat more dramatic drops since launch, but more importantly, are actually already selling less than their pre-launch counterparts. Fantastic Four sister book FF is so far holding at slightly higher than pre-launch numbers, but normal attrition may pull that one down to these levels over time as well. 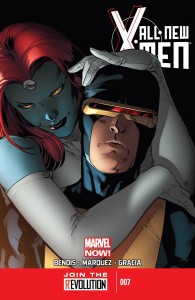 But X definitely marks the spot.

The biggest winner, however, in the MarvelNOW! relaunch program is unquestionably All New X-Men. Stabilizing immediately in month 2 — and even showing mild amounts of growth — the Brian Michael Bendis-helmed title well outsells its predecessors in both the X-Family and Bendis’ own stable of Avengers titles, pre-MarvelNOW! Capturing a spot in that elusive 80-100K bracket, All New X-Men seems poised to remain one of the publisher’s top sellers long term, showing absolutely no sign of weakness even four months in. I expect this is what Marvel wanted most out of this campaign. How many titles will follow its lead? Only time will tell. *includes reorders calculated in February’s Diamond charts.

The (Marvel) ladies (also) stick together.

Last month, I took a look at the primary grouping of DC Comics titles featuring a female lead. This month, it’s Marvel’s turn. 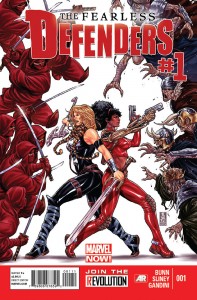 Initially, one might look at these numbers and laud Marvel’s latest title launch (and only one of the above to receive a proper MarvelNOW! promotion with a #1) — Fearless Defenders starring Valkyrie and Misty Knight — as the breakout success. Unfortunately, if one is to apply the pattern observed in all other MarvelNOW! titles as they degrade in sales from #1 to #4 and beyond, the likelihood is this latest series will begin to stabilize at no more than 24,000 copies per month, the observed median 56% loss post-launch and in spitting distance of Marvel’s cancellation danger zone.

It’s been great to see Marvel making a genuine effort, however flawed, toward bulking up its female-led titles, after such a drought of the same for years on end. So, why exactly isn’t it working out? It’s not as if the market can’t support titles with a little estrogen at the forefront — the distinguished competition is doing it at double the sales. Well, the main difference is likely name recognition.

Choosing Red She-Hulk over She-Hulk, Sif and Valkyrie over Storm and Rogue, just doesn’t make marketing sense. Sure, DC is trying stuff out with Katana and Amethyst, but they started out with a much more powerfully recognizable line-up of heroines: Wonder Woman, Supergirl, Catwoman, Batgirl. And almost to prove my point, the launch of Brian Wood’s X-Men title, starring an exclusively female cast of mutants — including some of Marvel’s most recognizable heroes — is all but guaranteed to course correct this situation. If that book doesn’t settle (after a requisite drop) about where Fearless Defenders launched, I’d be shocked and appalled.