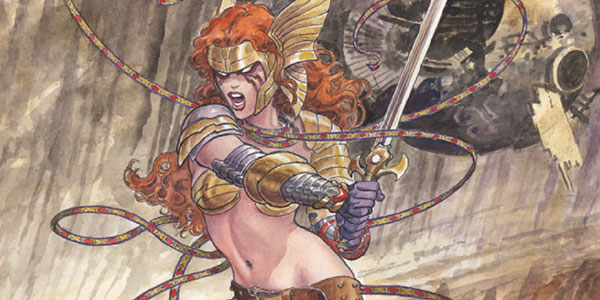 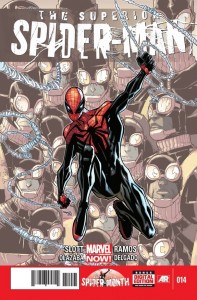 In a big month for comics, the dogfight between DC and Marvel was in full effect. While DC took six of the slots in the top 10 overall, Marvel countered with more comics in the top 25 overall. Marvel took the overall market share by about 2%, was a close second on dollars, and while DC placed 80 books in the top 300, Marvel placed 79. The biggest thing I have been noticing about the top 2, is there is a good reason why they are the top 2. It’s a heavyweight battle on the comic sales front, with no one company currently gaining on the other by more than a couple of percentage points here and there. Marvel had four new number ones this month, but the regular series were the big winners in July. 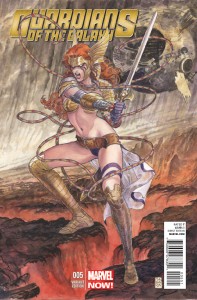 Was it Angela being in the book, or was it Neil Gaiman’s name being added to the comic? My guess is that Neil Gaiman is the primary reason this book is seeing an uptick in sales. Guardians of the Galaxy was a good selling book to begin with — strong creative team, plenty of buzz leading into the movie — but the announcement that Gaiman was going to be involved in writing the Guardians created massive interest. It will be interesting to see how long the series can maintain the momentum received by this addition. It’s nice to see a quality book get a push using interesting concepts, and there are few writers with more comic cred than Neil Gaiman. 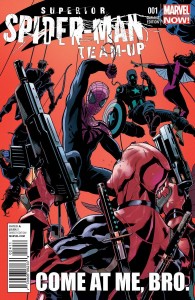 A comic by any other name…

Let’s be honest, Spider-Man Team Up is essentially just Avenging Spider-Man renamed. So how is it that a simple name change can result in a sales increase of 50,000+ copies? When you brand it with Superior Spider-Man. Say what you will about the concept of Spider-Man as Superior vs. Amazing, but the sales do not lie. People want to read these adventures, and the second that you add Superior to the title, interest levels rise. Would I expect it to maintain these levels? Not really, but I don’t think it’s a stretch to expect it to sell better than Avenging was prior to its cancellation (renaming) at issue #22. 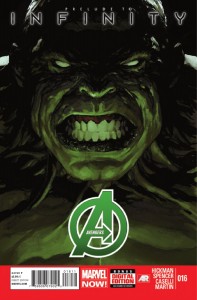 Books of a feather…

One thing that is very easy to notice (especially with Marvel’s concept of double-shipping top titles) is that many of the hero lines tend to be very close in sales to their sister titles. Core X-Men books will all be around the same range sales-wise, as will Avengers. What is very interesting to note is that both Avengers and X-Men, while close, are also in a constant struggle of their own for which line sells more copies. This month X-Men comes out on top, but only by a couple of thousand copies. The Avengers and X-Men lines of comics are two of the biggest reasons why Marvel stays near the top of market share every month, as their consistency cannot be understated.