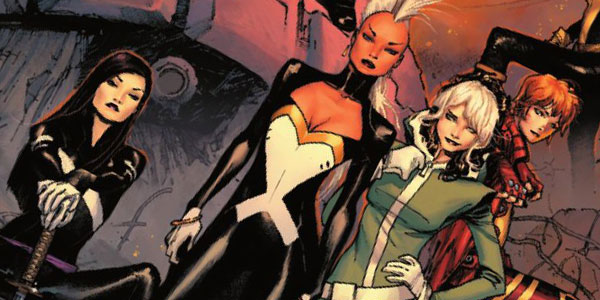 What’s the phrase? April showers bring May flowers? If last month was an insane thunderstorm of success for the House of Ideas, May was the pleasant aftermath. Taking back the #1 spot on the Diamond chart and reverting to a much more recognizable market share (from last month’s Age of Ultron-palooza) of 37% unit and 33% dollar, Marvel is reaping the benefits of its Marvel NOW! strategy and starting to learn a thing or two about what’s going to make it in this up, but very particular, comic market. 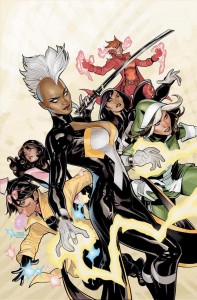 Arriving at the top spot on the chart this month to no one’s surprise is Brian Wood and Olivier Coipel’s X-Men title, displaying numbers similar to the first issues of both Brian Michael Bendis series launches in recent months. If the pattern illustrated above holds up (and there’s no reason to believe it won’t), X-Men will become Marvel’s seventh ongoing title to sell in the 70-90K monthly range — an exceptionally lucrative sweet spot for the publisher these days. And the timing couldn’t be better. With the recent cancellation of Red She-Hulk (July) and Journey Into Mystery (August), Marvel needs a big hit title featuring all female leads, and X-Men is delivering in spades. It’s a smarter move, launching a title with much more built-in popularity to its female leads, and frankly one that is overdue. 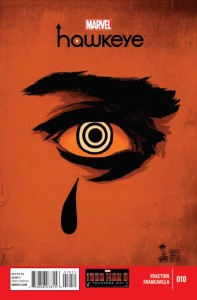 The Eisners Have It.

Ever since the release of the first trade paperback and announcement that the title is up for a number of Eisner Awards — one of the few mainstream super-hero titles to receive that accolade this year — Hawkeye has been exploding in sales. A positive 6 and 8% may not seem significant until you compare it to the standard for every other super-hero book on the stands at the Big Two, where standard attrition can be more like negative 2 to 5% monthly. And that’s without a new creative team, or a crossover event, or crazy hologram covers — just fantastic storytelling. Isn’t that nice to see? 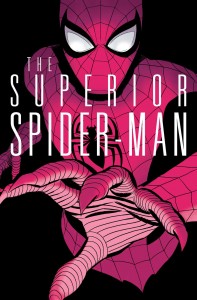 What’s in a name?

One of the unquestioned successes of Marvel’s recent initiative is Dan Slott’s Superior Spider-Man, which — amidst constant controversy — has maintained the highest spot for Marvel ongoing series month after month. What’s curious, however, that very little, if any, of that success has transferred over to the Spider-Man family of books, as Batman’s success has helped along its family of titles. Sure, there hasn’t been more than a cursory connection between any of the books, but with the second best in the line selling at one third Superior’s numbers, I’m sure Marvel is raising an eyebrow.

Their answer? Make the line more Superior! With July’s launch of the Superior Foes of Spider-Man ongoing and the Superior Carnage mini-series, Marvel is testing the waters to see what effect positive association to the central title will have. That same month, Marvel is even replacing Avenging Spider-Man with a new number one entitled, Superior Spider-Man Team-Up. Whether any of these books will experience more than the standard first issue bump is anyone’s guess, but I wouldn’t be surprised if we see a Superior Scarlet Spider or Superior Venom in our near future. As two of only six (non-cancelled) Marvel mainline books with cover numeration higher than 15, both books seem itching for a relaunch, particularly at these numbers.