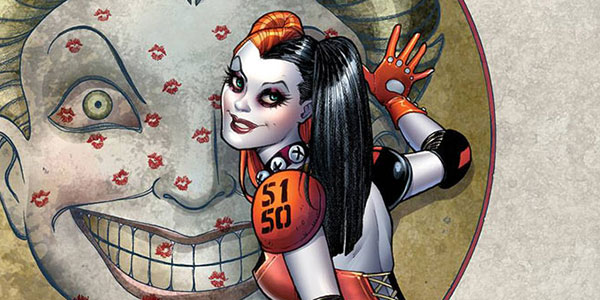 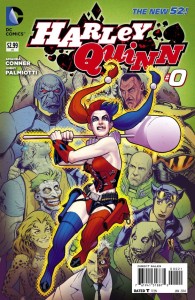 With both Big 2 companies currently in a bit of downtime with new series launches, there’s not a ton of notable items in the November sales charts, and the numbers reflect that. With some of the lowest percentages for BOTH companies in years, it was really time for the independent publishers to shine. That said, we got to see at least one new series launch from each that blew open the charts.

Seeing Amazing X-Men #1 in the top 5 is no surprise. Marvel frequently launches super high and drops by about half after the first month, so I expect to see AXM settle around 50,000 or 60,000 very shortly. But Harley Quinn #0 hitting the second place on the chart, especially amid the controversy and claims of boycotts, is shocking. Yes, there is quite the mélange of A-list artists each taking a page of the zero issue, and December’s #1 will be settling in with a single full-time artist, but this is still really encouraging news. DC has nailed it on a new solo title — and a female-led one to boot. 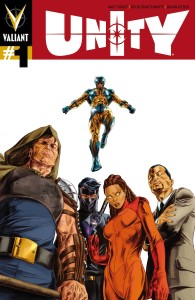 A new ongoing title adopting the name of the most successful crossover event in Valiant’s history, Unity managed to take the highest launch of any title in for the publisher in the last two years since its return. Why such a difference? Is it writer Matt Kindt taking the helm? Is it the connection to the past? Is it the prospect that this one title connects all the books in the line? The latter is certainly a strong contender, considering how important a touchstone book for a line growing with as much speed as Valiant’s is. 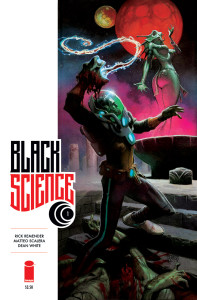 WOWZA. Image Comics is generating a ton of original content these days, and November saw a crazy amount of first issues. For the most part, they all performed as expected. Launches between 10,000 and 20,000 for books not helmed by the likes of high profile writers like Ed Brubaker or Matt Fraction is very respectable. But Rick Remender’s highly anticipated first issue of Black Science did much better than respectably. A clear stand-out amid this wave of new books — with a number similar to launches for critical successes East of West, Pretty Deadly, and Sex Criminals — Image may very well have another big title on its hands. 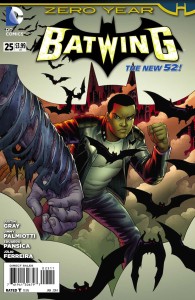 A Wing and a Prayer.

Batwing was already suffering quite a bit in sales when new writers Jimmy Palmiotti and Justin Gray came on back in the Spring, and despite a brief bump, things have remained quite dire. And then came Zero Year.

With the next two months’ issues also featuring a tie-in to the overall Batman family crossover “Gothtopia,” Batwing might actually have a shot to recover. Traditionally, these events don’t have too much of a long-term effect, but the cumulative effect might boost a really well-written and drawn title that’s very deserving of the expanded audience all on its own. We can only hope!