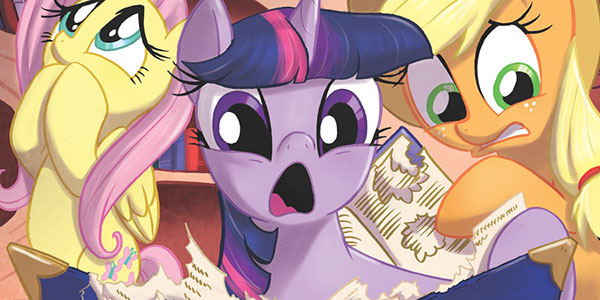 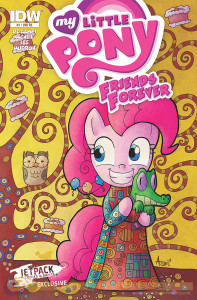 IDW finished 2013 4th in share of overall units and overall dollars, just ahead of Dark Horse. The highest selling book for IDW last year was Powerpuff Girls #1, followed by My Little Pony Friendship is Magic #3. They didn’t place many books into the top-sellers of 2013, but most of the titles are My Little Pony, which is a proven winner for IDW. IDW has grown to become the 4th largest publisher primarily due to its licensed properties. They have made some extremely smart choices on what they choose to take on, and it has paid off over the long term. 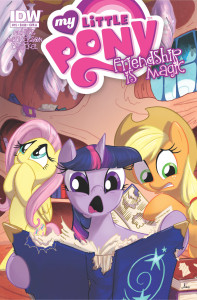 One year ago, My Little Pony Friendship is Magic was the top-selling IDW book on the market. A year later, My Little Pony Friendship is Magic is still their top-selling title. Sure the numbers aren’t as large as they used to be, but how impressive is it that an all-ages comic based off an animated series/toy-line is the biggest seller for a company like IDW? It starts with quality, and IDW has put real talent on their My Little Pony books. Katie Cook, Heather Nuhfer and company have done a fantastic job with the Friendship is Magic series, and the numerous creators that have worked on the satellite titles have done a great job, because they really get what the series is supposed to be about. It’s also interesting to note that previous issues are still selling in the top 300 overall. Not only is this series not just for kids, it’s for everyone, and that is a testament to IDW and their dedication to the franchise. 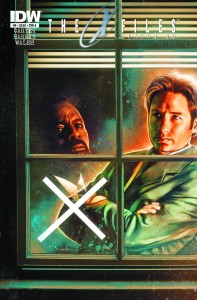 IDW jumped into continuing television seasons via the comic book medium last year when they released X-Files Season 10. While not as popular as My Little Pony, X-Files has proven a strong enough seller to warrant more titles. It’s always an interesting balancing act to see whether or not you can get your existing fan base to continue to support multiple titles of the same property. It is expected that you will have a drop-off from the main title to the satellite ones, and the X-Files is probably nearing its limit with 3 titles currently running. Both satellite titles are from this month, and while one of them managed to beat the Season 10 issue, the other was below it in sales, so I wouldn’t expect to see a new batch of X-Files titles until this set has run its course. 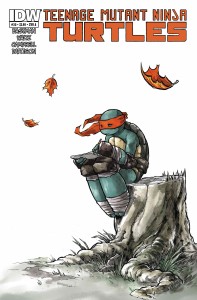 TMNT is a great license for IDW, with the new animated series there is a renewed interest in the property, and having one of the original creators in Kevin Eastman still guiding the title is very important, and the sales support that concept. The Star Trek titles are quite good and fit nicely in with the current universe, but they certainly aren’t bringing lots of people into the comic stores. I would expect they do better in trade format through book stores and the like, where the more casual Star Trek fan would get a hold of them. Transformers and G.I. Joe kind of belong together and IDW has had the rights to those series for quite a while. I especially like the fact that they are carrying on the G.I. Joe: Real American Hero series that Marvel originally published. It’s hard to find out what the sales numbers were for issue 155, the last issue Marvel produced, but it wouldn’t surprise me if the current run outsells that. Godzilla and Ghostbusters are a couple of fun series that will help bring a few people into the comic store. All in all, a very consistent company, and given what they have to work with, you can see why IDW slots in at #4.