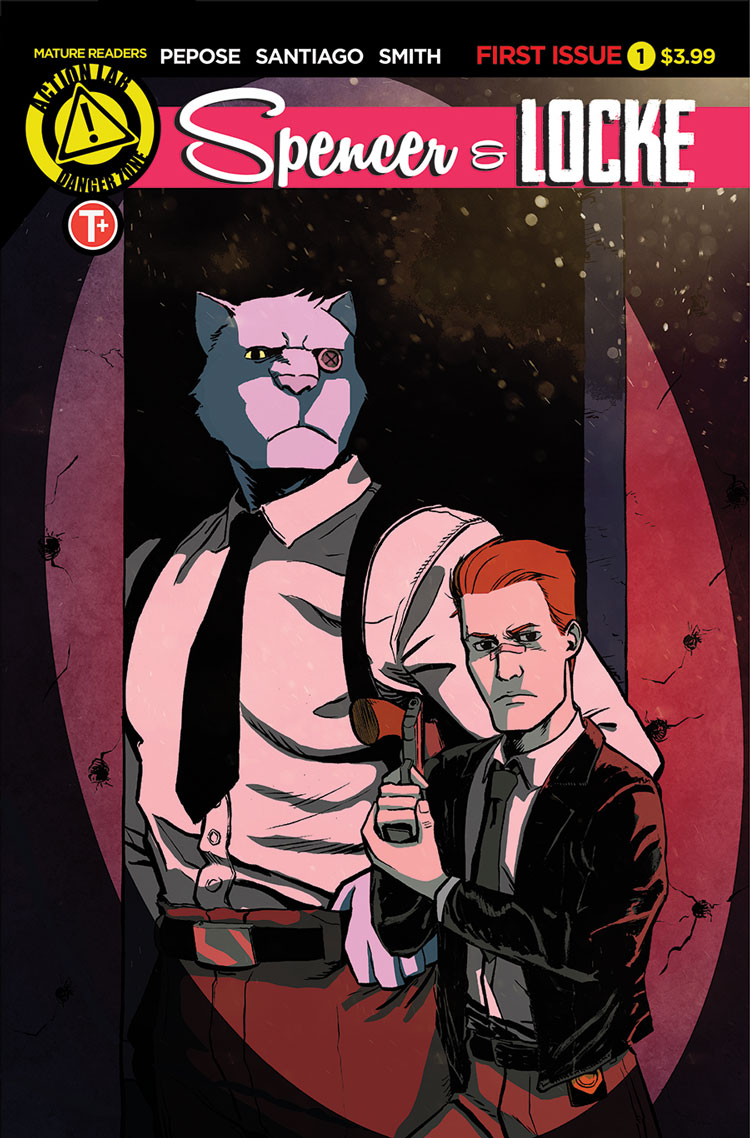 What if Calvin & Hobbes grew up in Sin City? Find out in SPENCER & LOCKE, a dark four-issue crime thriller from Action Lab Entertainment’s Danger Zone imprint.

Written by David Pepose and illustrated by Jorge Santiago, Jr., SPENCER & LOCKE follows Detective Locke, who returns to the scene of his horrific upbringing when his grade-school sweetheart, Sophie Jenkins, is found dead in a lonesome back alley. But when Locke’s investigation dredges up menacing figures from his traumatic past, there’s only one person he can trust to help him close the case — his childhood imaginary panther, Spencer.

The twisted nostalgia of SPENCER & LOCKE comes to comic shops and digital devices in March 2017, or be one of the first to dive into the story this weekend with an exclusive New York Comic Con variant of SPENCER & LOCKE #1 by artist Joe Mulvey! 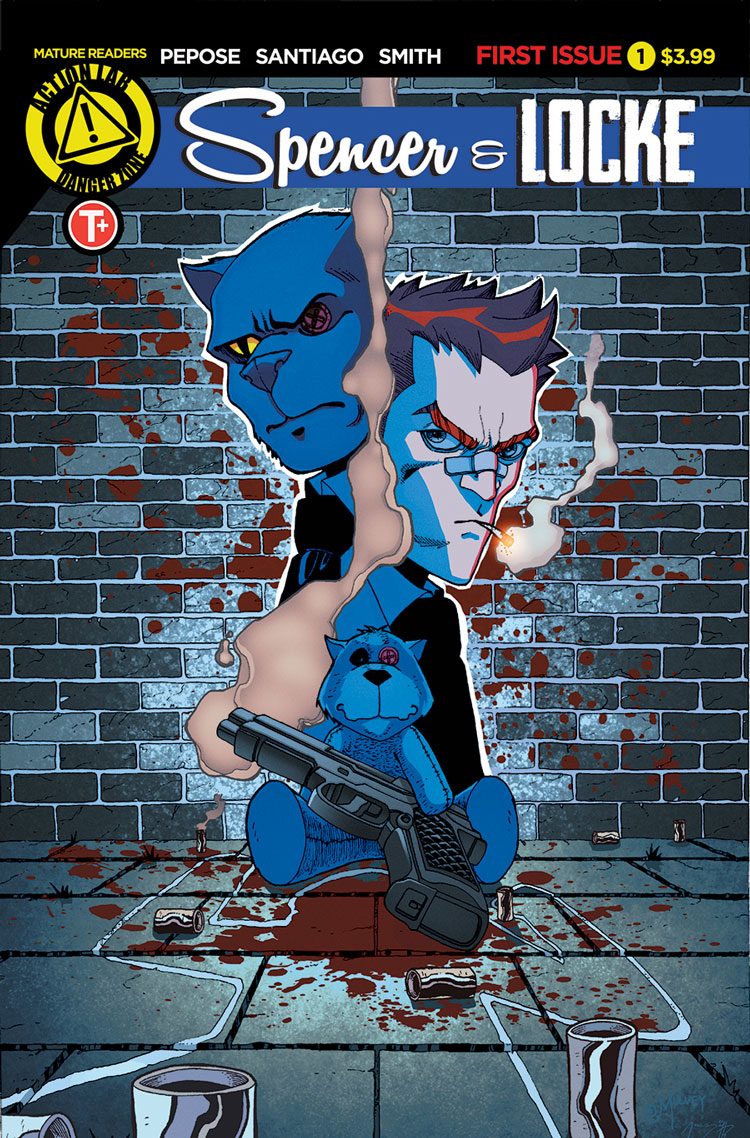 Find out what fans are saying already about SPENCER & LOCKE…

“A clever and compelling take on some familiar characters we grew up with, now all grown up. Well done, and smartly done.” – John Layman (Chew, Detective Comics) 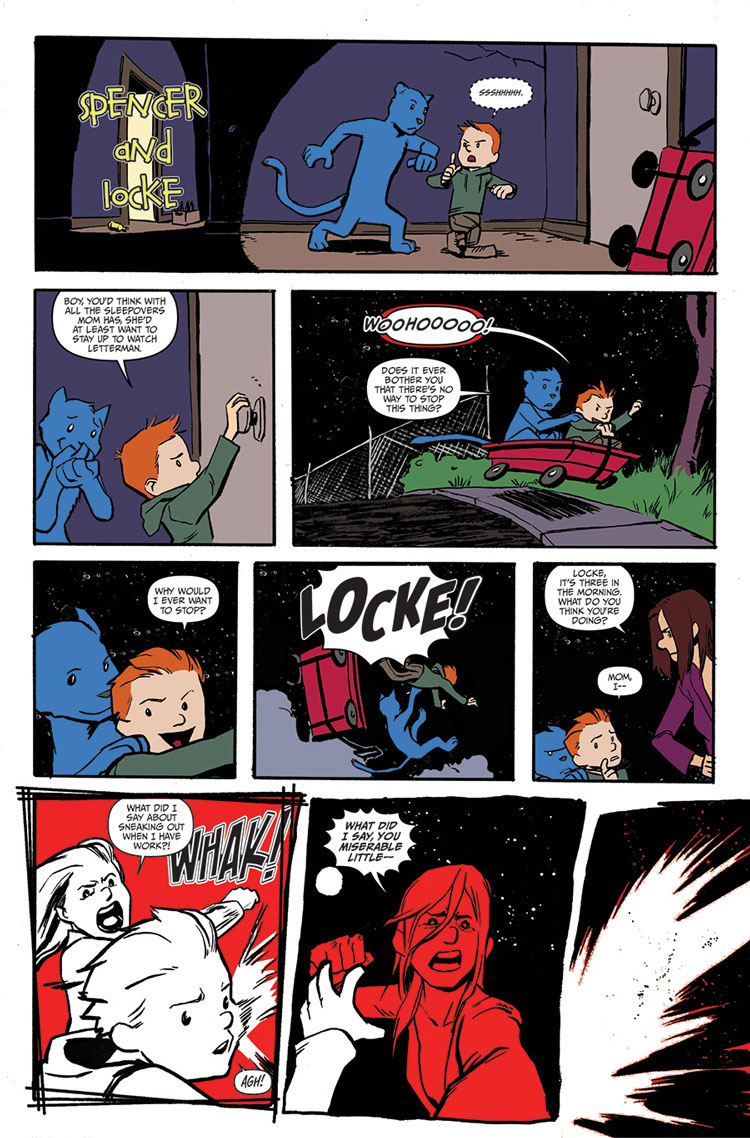 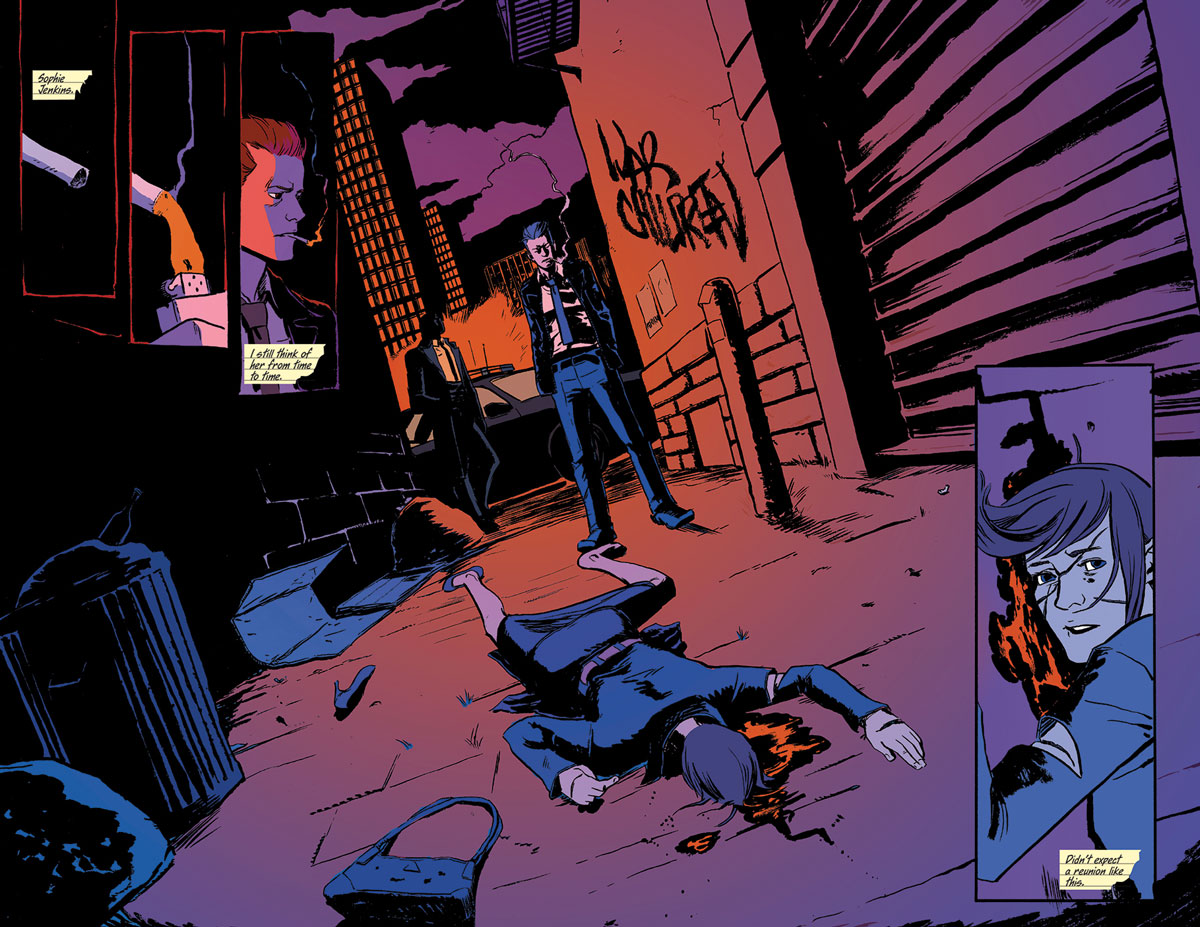 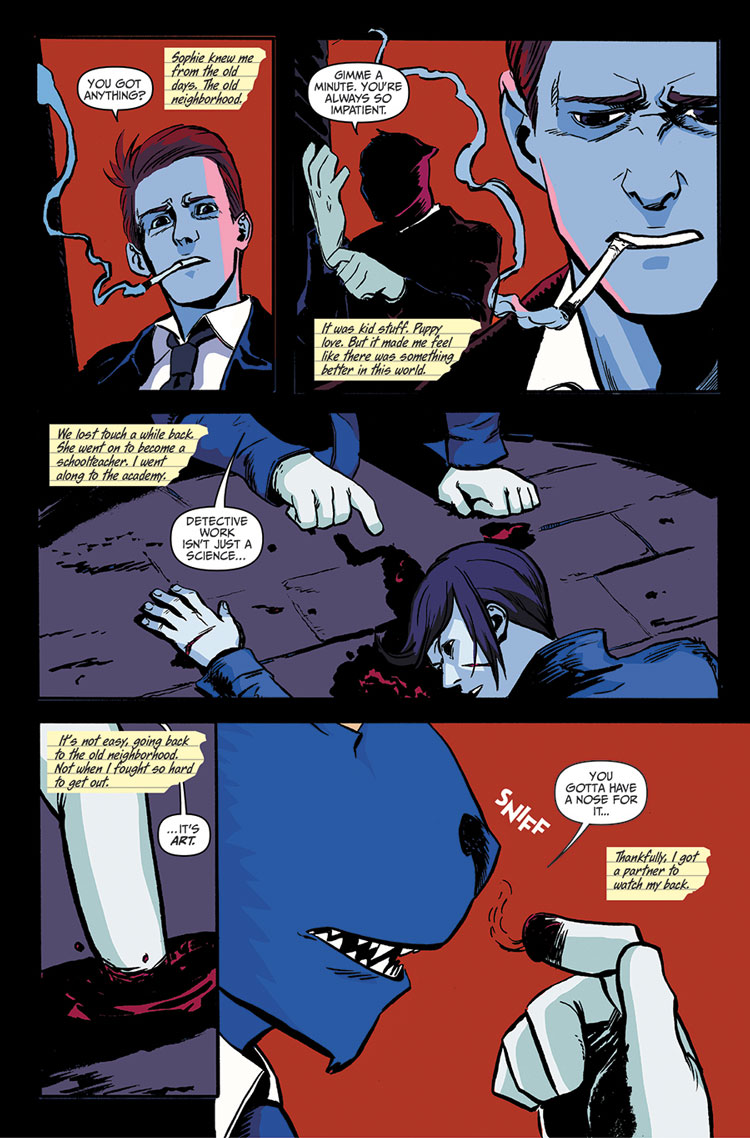 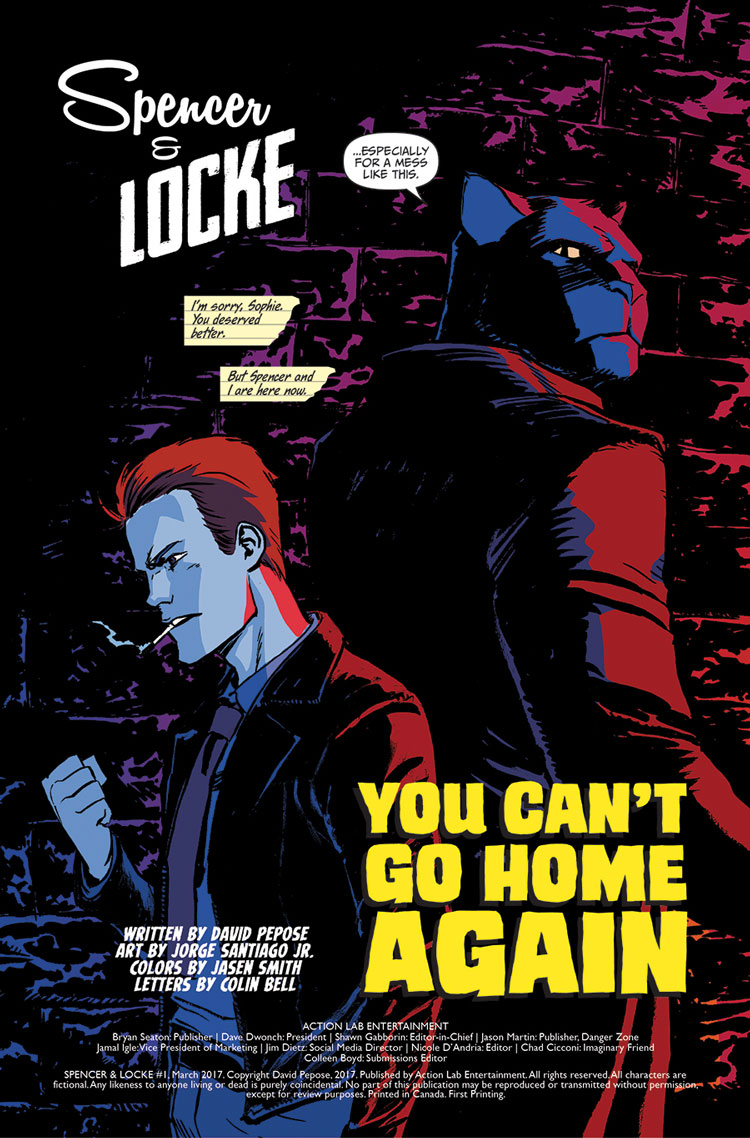 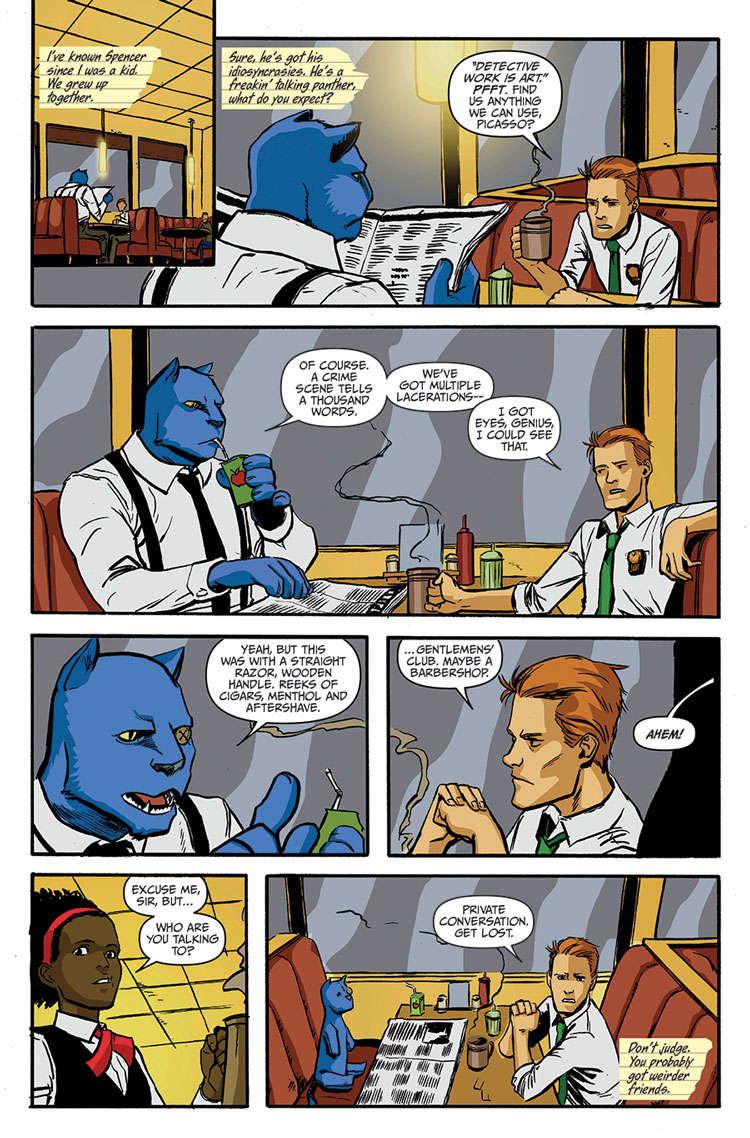