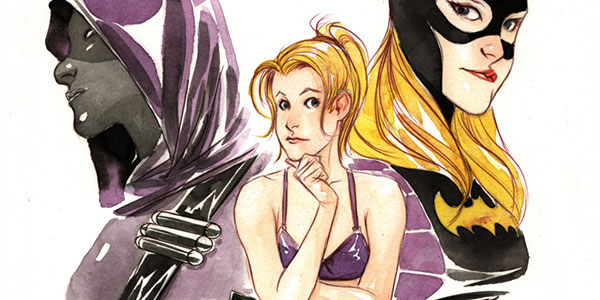 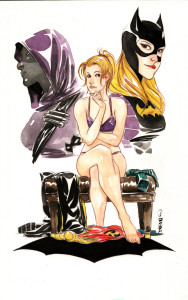 In response to another inquiry by a fan during the question/answer period, Snyder remarked, “Your love for Stephanie Brown has been so inspiring to us. She’s a character we really love, and we’re proud to announce she’ll be coming back in this series!

“No one was trying to shelve her. It was more about finding the right time to reintroduce her.”

Although not completely confirmed, James Tynion IV suggested that Stephanie’s return would be as Spoiler and likely in Batman: Eternal #3. This should be thrilling news for fans of the character who have been tirelessly asking for her return since the beginning of the New 52!

Announced this morning in USA Today, just prior to NYCC opening its doors to the public, DC Entertainment will be celebrating Batman and Gotham City in style for their 75th Anniversary in 2014 with a trio of creative changes and launches. 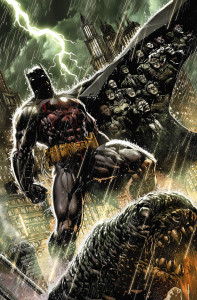 The series will feature rotating stories that capture different tones and personalities of Gotham’s resident heroes, villains and civilians, depending on the writer and artist. The first story arc, by Snyder, Tynion, and artist Jason Fabok (Detective Comics), will set the stage for the series and explore hidden secrets of the city itself with some major revelations to come. Layman is said to be bringing a creative focus to Gotham’s super-villains, Seeley a more on-the-ground look at Gotham’s citizens and employees (a la Gotham Central), and Fawkes a macabre sense of the supernatural elements of the city’s history and present.

Readers can also expect new fan favorite Harper Row to have a significant role in the series, along with other characters alluded to on the teaser art, such as Commissioner Gordon, Red Robin, Red Hood, Batgirl, Batwing, Batwoman, Strix, Joker’s Daughter, and the usual plethora of Gotham City villainy. 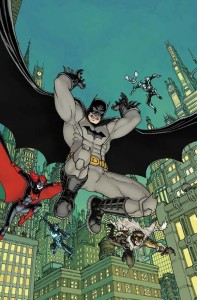 DC Comics also reaches another critical milestone with its second stab at Detective Comics #27, the first of which featured the debut of the Batman. Hitting stores January 8, 2014, the New 52’s Detective Comics #27 will be a massive 96 page issue that begins the final story by current Detective creative team John Layman and Jason Fabok, entitled “Gothtopia.” In addition, there will be contributions by the following creators to this anniversary celebration:

Of note, Scott Snyder will be working with artist Sean Murphy to illustrate what he describes as a “prophetic vision” and “science fiction take” that ties into the current storyline in Batman, “Zero Year.”

The Flash Team Speeds Over to Detective 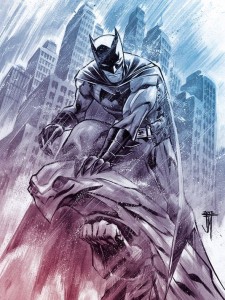 With writer/artist Francis Manapul and writer Brian Buccellato concluding their run on The Flash with next month’s #25 (although Comicosity readers were recently treated to the exclusive news that Brian Buccellato will return to The Flash for a three-part arc from #27-29), fans have been wondering what their next move at DC would be. Wonder no longer, as the critically-acclaimed team will be taking on Detective Comics in the spring, after the conclusion of John Layman’s final arc “Gothtopia.”

With a focus on on-the-ground detective work, and the importance of family, the pair will be exploring Batman as more of a street-level character, with less emphasis on super-heroics. Their first arc sees Bruce Wayne becoming entangled with an ex-Mob widow, someone he can relate to from a standpoint of love and loss. Readers can expect the original aesthetic the duo brought to Barry Allen to be transformed and utilized for the ongoing adventures of the Dark Knight.