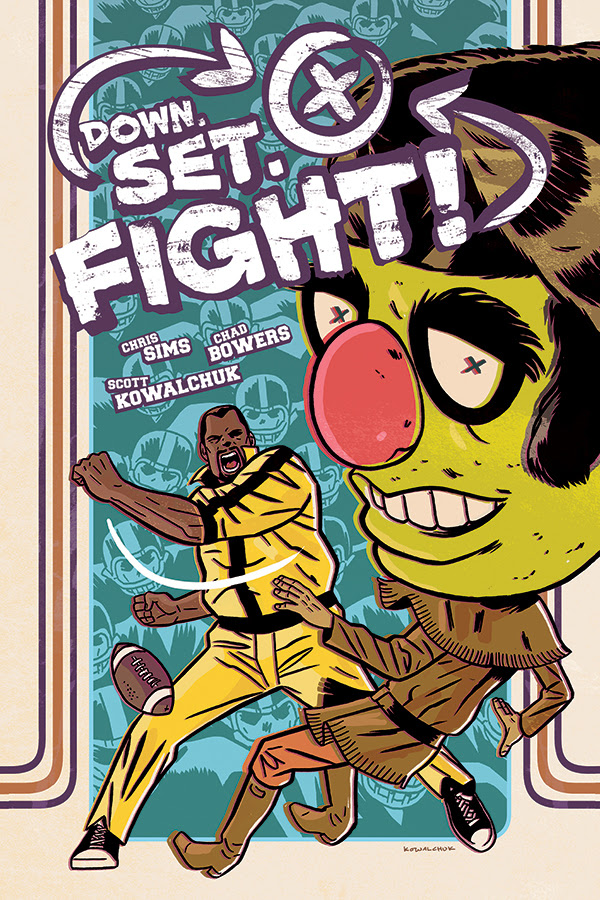 Oni Press has announced Down Set Fight will be released as digital chapters prior to the release of the full collection. 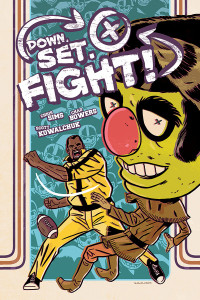 Portland, OR (January 7, 2014) – DOWN SET FIGHT, the rollicking tale of two-fisted man-on-mascot mayhem due to hit shelves February 12th, is premiering as a weekly feature on digital comics behemoth ComiXology!

Kicking off TODAY, readers will be able to purchase the thrilling adventures of fallen football star Chuck Fairlane and his cross-country battle against an army of mascots gone mad in a series of six $1.99 installments, ensuring minimal timeouts for those who can’t wait to see the synthetic fur fly.

Announced in 2013, the original graphic novel from co-writers Chris Sims and Chad Bowers and artist Scott Kowalchuk has been stirring up excitement with its thrilling take on the classic sports redemption story.

Disgraced and booted from professional football following a scandal, promising superstar Chuck Fairlane has resigned himself to a quiet yet fulfilling life of coaching on the high school gridiron. But when a series of increasingly malevolent mascots begin attacking him out of nowhere, he sets out on a one-man war to restore his integrity, unmask the source at the center of the conspiracy, and destroy a few sports bars along the way; all of this culminating in a battle royale that simply must be seen to be believed.

DOWN SET FIGHT #1 is available NOW from ComiXology.