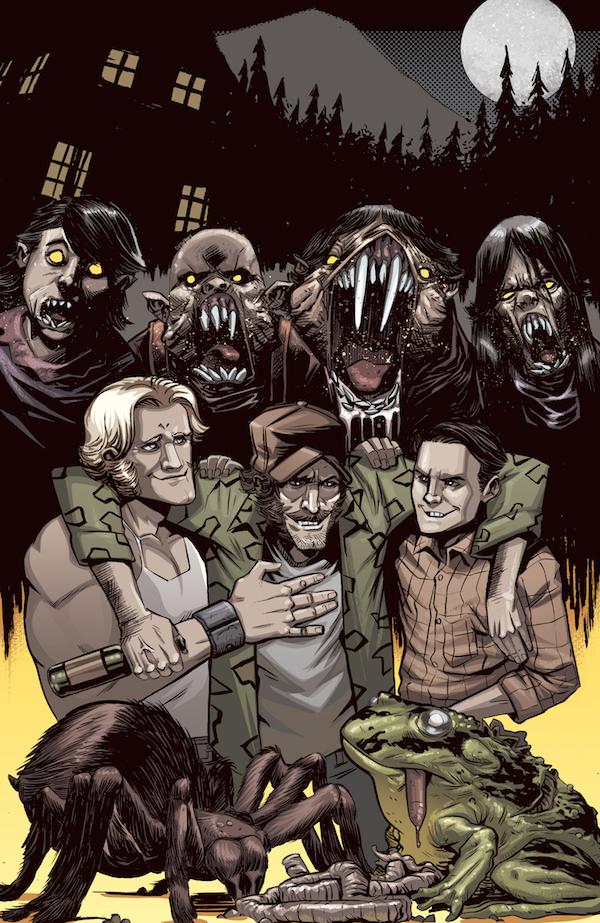 Blood Feud is a Southern tale of vampires, necromancers, horrific spiders and family feuds that survive beyond the grave. Writer Cullen Bunn adds, “Subtitled ‘A Vampire Yarn… With Spiders,’ Blood Feud is a book that means a lot to me on a lot of different levels. It’s a story that’s been with me for years, and the characters are, in one way or another, people who were important in my life, especially while I was growing up in rural North Carolina and Missouri. Spider Creek, the town in which this horrific little tale takes place, may be fictional, but it’s also very real. It draws bits and pieces from towns like Newton Grove and Dudley and Koshkonong and Thayer to form a place that might very well be the location for an invasion of blood-sucking demonic beasties. Blood Feud is also my chance to re-team with Drew Moss and Nick Filardi. This is a story of humor and horror in the vein of movies like Fright Night and Phantasm and Evil Dead 2, and I couldn’t think of two co-conspirators to bring this story to life!”