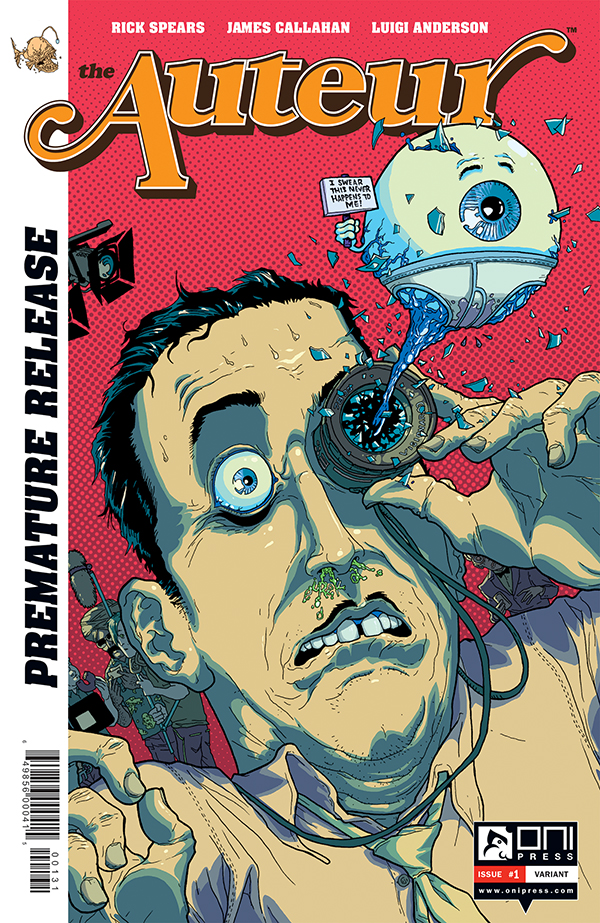 Oni Press has announced a “Premature Release” edition of The Auteur, available only at NYCC. 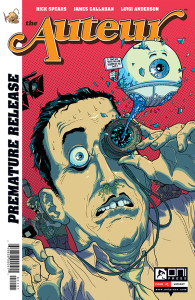 Portland, OR (October 4, 2013) – Gird your loins and batten down the hatches, because Rick Spears and James Callahan’s THE AUTEUR will be lowering property values all across Manhattan when it premieres at the Javits Center for New York Comic-Con!

For just five American dollars, Oni Press will have copies of the advanced, limited THE AUTEUR #1: PREMATURE RELEASE EDITION for sale, all weekend at booth #1844. NYCC’s bravest attendees are encouraged to get their mitts on it now, before this hilarious new ongoing series becomes what everyone’s talking about in March!

This will be deranged comics fans’ first chance to join disgraced Hollywood super producer Nathan T. Rex as he crashes through a world of glue-sniffing gurus, hard-nosed magnates, and prophetic exotic dancers on his quest for celluloid immortality in one of the most unique comedy series in years.

THE AUTEUR’s first movement careens around a wholly unprepared Tinseltown, leaving a sea of maddened, poetic chaos in its wake. Readers won’t know whether to laugh, cry, read faster, or soil themselves, but if our math is correct, they’ll be doing all four.